An Irruption of Snowy Owls 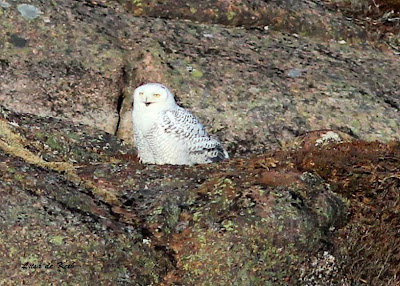 In my mind, this is the Year of the Snowy Owl in Newfoundland. Around fifty Snowy Owls have been reported on the island during November. E-bird is reporting good numbers across the northeast. Unlike Quebec where the Snowy Owl is the provincial bird, we don't see this species every year, making it quite a treat for birders and non-birders alike. 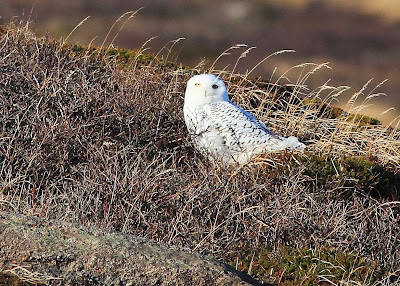 What a great opportunity to see these beautiful birds! After spotting two distant owls on the barrens off Cape Race road, I was left wanting for more. 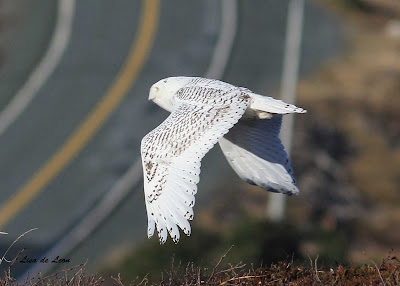 More, I got. Terry James was the first to report a Snowy Owl at Cape Spear last week. Since then, the number has grown to four. 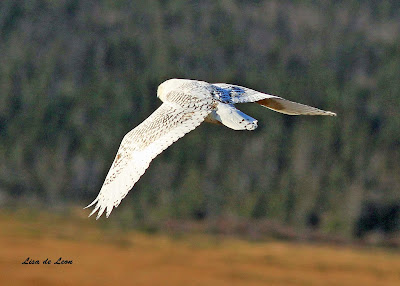 On Sunday I went to Cape Spear to try and get a close-up look of the visiting owls like several other birders had on Saturday. Close-up was not in the cards, but I did get the best look ever at three different Snowy Owls. 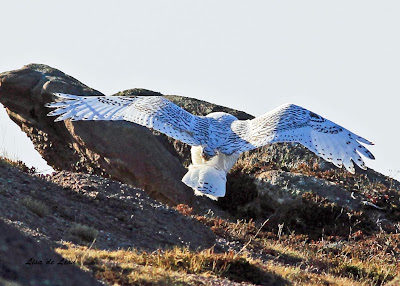 The good views didn't come easy. I had to walk to the top of the hill near the old lighthouse before I caught sight of the first white spot glowing in the sun. Yes! 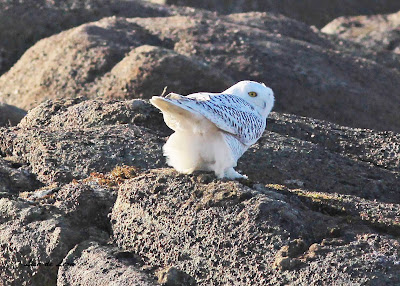 It was too far to see well, never mind a picture. That was it! When was I ever going to get this opportunity again? I stepped into the bog to begin my walk on difficult, boggy terrain toward the bird. Fortunately, the light frost helped to firm up the ground. 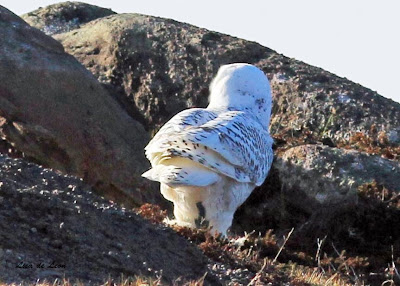 I did get close enough to turn the speck in the distance into a beautiful, fluffy white ball of feathers. While the Snowy Owl's coloring is suitable camouflage for an Arctic habitat, its porcelain white feathers prominently expose its presence on the barrens. Look at the "leggings" on this bird. It is suitably decked out for the sub-zero temps in the Arctic. 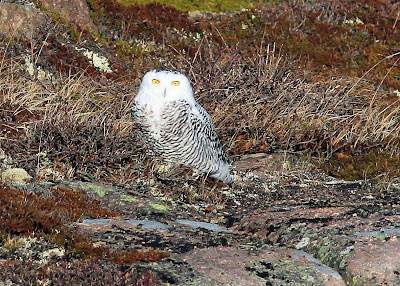 What causes Snowy Owls to venture out of their normal range? The answer is usually food. With a Snowy Owl typically eating about 12 rodents per day, there must not be a vole left on Cape Race road. If each of the 42 reported birds managed to eat that amount, they would need over 500 rodents a day to sustain them in a healthy state. Hmm. Maybe Airport Heights needs a Snowy Owl or two. While the Snowy Owl will eat in the daytime, its preferred hunting time is an hour before dark. 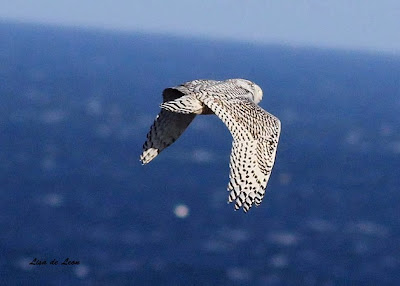 These magnificent birds fly silently because the leading edge of the wings is frayed and the feathers fit together in such a way to break up the air as the bird flies. This gives the Snowy Owl a real advantage when hunting. 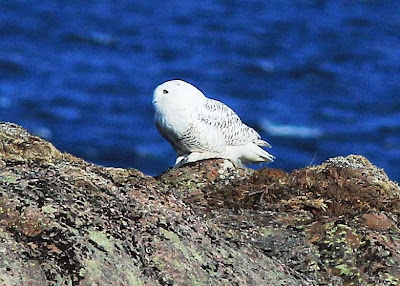 Despite its power and predatory nature, the Snowy Owl is really quite adorable. Like many owls is resembles a cat and appears cuddly. However, when hungry Snowy Owls are around, it is wise to keep small pets and children indoors. 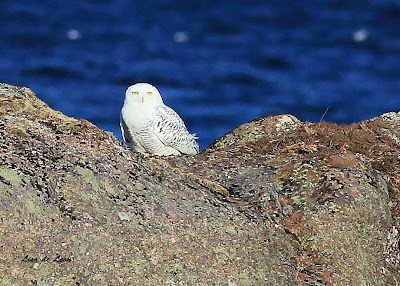 The last reported irruption of Snowy Owls travelling into the deep south was in 2011. Reports are beginning to come in of birds showing up farther and farther south each day. 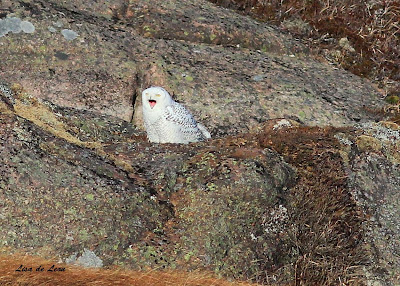 Like I might say if I were still in Arkansas, "Well, fan my brow and shut my mouth W-I-D-E open!"
Posted by Lisa de Leon at 9:09 AM