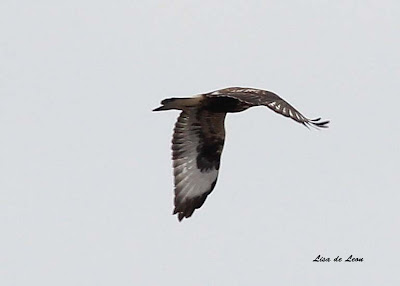 After pacing the road in White Hills for the better part of a day, I felt the need to move around. Hoping to see something special, I headed to Cape Spear. Around Blackhead, small bird activity was scarce, so I drove to the Cape. 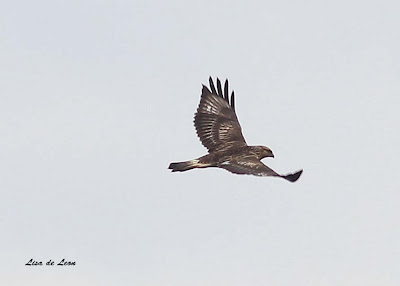 It was pretty quiet in the area, just the way I like it when I want to look for small birds. On the back side of the Cape near the cannon, I was rewarded with a quick look at a small bird eating seeds from the dried weeds. It flew. I followed. It flew again. I followed until it finally flew down by the rocks near the water. I hid away among the rocks and waited, hoping the bird would return. No luck! I really wanted to identify this bird. After about 45 minutes, I decided to go for a walk and return to look for it later. 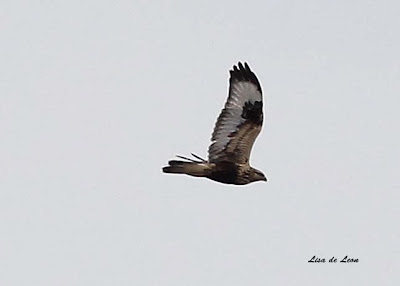 I headed up toward the old lighthouse. Once there, figuring the hardest part of the walk was behind me, I headed toward the East Coast Trail for, yet again, one more nice morning hike. 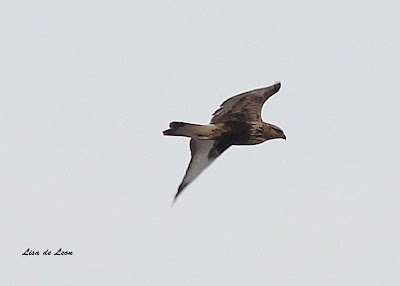 As I neared the gorge, I was amazed to see this great Rough-legged Hawk rise up and hover for a brief second in front of me. Wow! It flew in my general direction before it veered off  the toward  the cabin at the bottom of the hill. 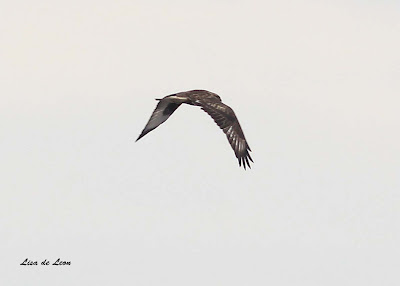 Certainly not expecting a Rough-legged, I first thought this might be a Northern Harrier when I saw the white on the rump. Then, I saw the overhead pattern of this light-morph hawk, and it was clear I was looking at my first Rough-legged Hawk in three years. Nice! 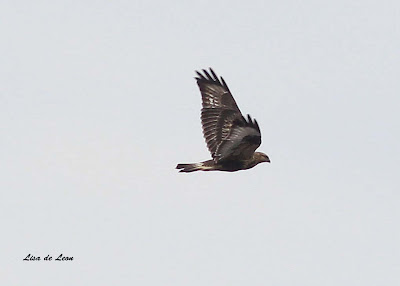 As it turned out, there was not one single bird in the trail, nor did the small, unknown bird below the new lighthouse appear again. However, while I was gone, a White-winged Scoter did show up at the point. I drove on to Goulds where I took a cursory look at some of the fields before rushing back to see the Virginia's Warbler. The rare little warbler was being much more cooperative on Saturday than on Friday.

Be sure to check out some of the great pictures of the Virginia's Warbler posted by Dave Hawkins linked at the bottom, right of this page. There also were some other great pictures taken yesterday. Watch for them through the blog links and bird links provided here.
Posted by Lisa de Leon at 6:40 AM