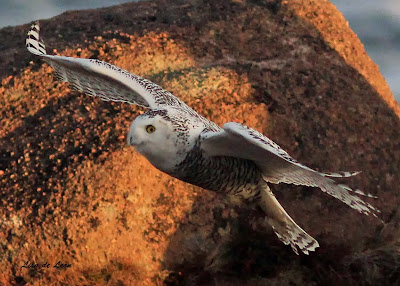 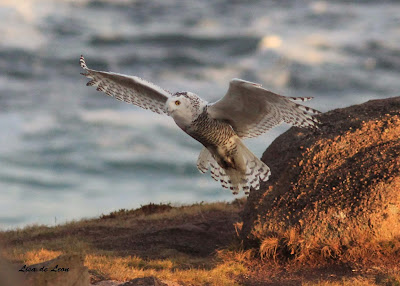 After several days of being indoors, I decided to follow the sun all the way to Cape Spear to see what the high winds of the last 48 hours may have blown in. When I arrived, I was alone. It was one of those glorious mornings at Cape Spear when the magnitude of the place just fills you up. 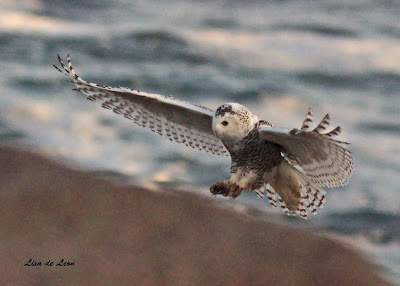 I watched some fussy crows acting out at the top of the hill and wondered if they might be guiding me to an owl. I continued my stroll down the path toward the lower, most southerly lookout. Several gulls dotted the water in the distance while the Black Guillemots  were feeding closer to shore. 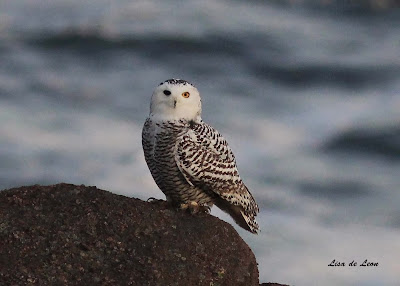 I walked on. When I reached the boardwalk just before the main lookout, I was surprised by a Snowy Owl that just burst on the scene in front of me. I was ill-prepared for the moment, but I tried to capture it just the same. 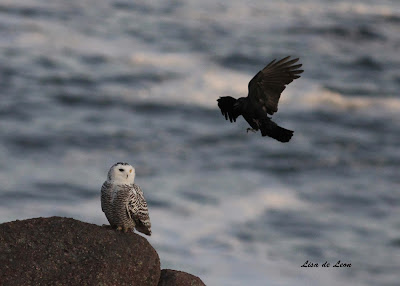 This dirty-footed, immature Snowy Owl flew right in front of me and landed on a rock. The relentless crows would not leave the owl alone. 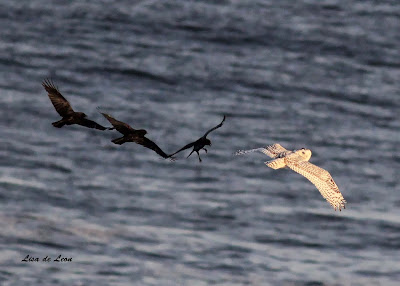 They wouldn't rest until they drove it off the rock and escorted it to sea. I sensed the owl really didn't want to go. 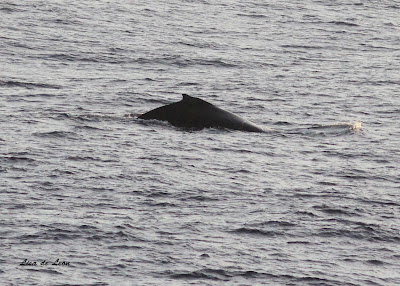 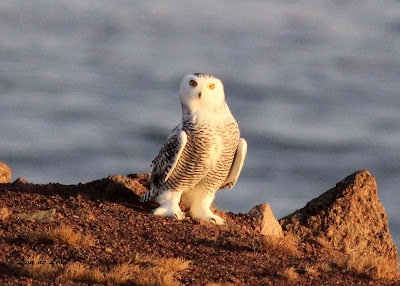 Wow! I just stared as the owl disappeared in the distance. With the crows gone, it was hauntingly quiet. I watched a humpback move around the cape and continued my walk toward the cannon, I could almost hear the cadence of the changing of the guard echoing from the WW II bunkers. 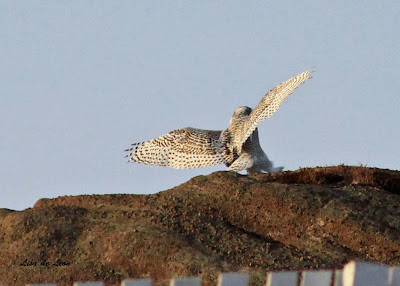 Rapt in the aura of the Cape, I was once again caught off guard! There on a nearby rock was another Snowy Owl. I'm sure he saw me before I saw him. This owl had clean feet, so I knew it was not the one that just flew out to sea. It lifted off and glided to the hilltop where it screeched on its brakes to land on the short runway. 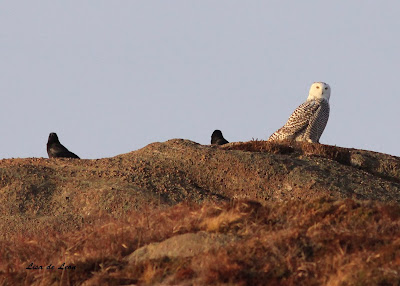 The troublesome crows had returned and began to torment this bird. It wasn't long before they drove it toward the old lighthouse and far beyond.

I was enjoying my walk so much that I headed to the trail. There was not a bird to be seen in the area. Exhilarated by my walk,  I decided to go back down the trail to the lookout once again. There, I was met by a third Snowy Owl. Totally unexpected, I missed the best photo opportunity ever as that bird that flew all around before heading to the barrens below the lighthouse. Wow! Wow!

Going to look for birds certainly brings its rewards, but when amazing birds like Snowy Owls just land at my feet, seemingly out of nowhere, the feeling is indescribable.