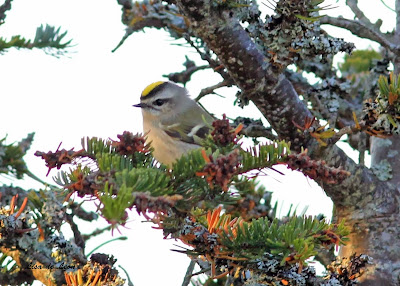 Most any time of the year it is possible to see a kinglet in Newfoundland. While the province is a year-round range for the Golden-crowned Kinglet, they seem to disappear from the Avalon Peninsula during the summer months. This void is filled by the spring arrival of the Ruby-crowned Kinglet. 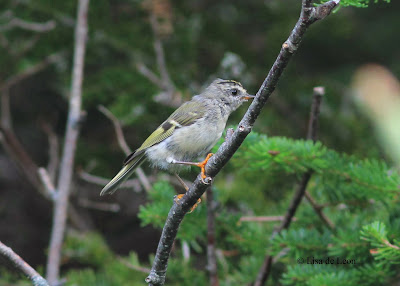 Kinglets are so named because of the colorful crowns they sport;  petty prince is   the Latin translation of the scientific name Regulidae attached to this family of birds. 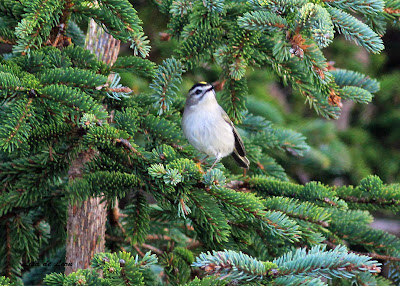 There are actually seven kinglets in the Regulidae family, and we are lucky to have two of them resident in NL. 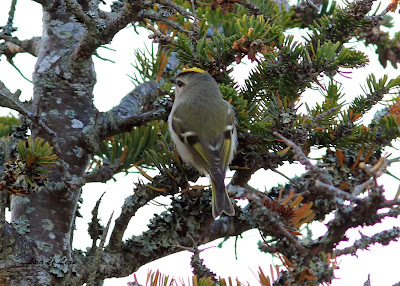 The Golden-crowned Kinglet, the smallest of the two, tends to mix well with juncos and chickadees. It always adds a little excitement to winter-flock watching when a little kinglet drops in. At only 3.5", they burst onto the scene in a big way. They may stick around for a while, fluttering under the branches to pick out a morsel of food, but they don't stay long. Whetting their curiosity, they go as quickly as they come. 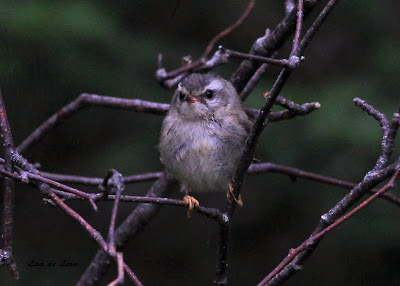 This is one of the first shots I got of an immature Golden-crowned Kinglet, taken in late August. Sweet! 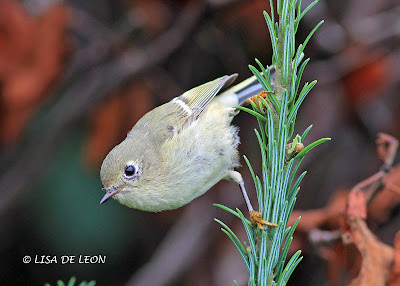 The Ruby-crowned Kinglet arrives in mid to late May singing loudly. While many sources report this bird to stay and feed in the mid to lower part of a tree, I have not found that to be the case. Particularly, in spring and summer, I regularly hear this little bird singing a huge song near the top of a tree, usually just out of visual range. 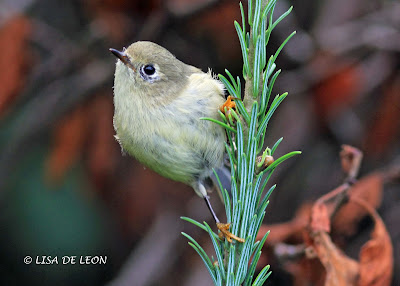 The first time I heard this bird, I was really amazed by the elaborate, loud, complex vocalizations. I spent a lot of time trying to identify the bird by its song, because I could never see it. Its song drifted through the tree tops reminding me of the power and quality of the song of a Northern Waterthrush. 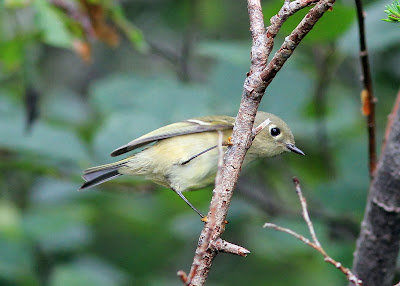 I listened to recorded song after song, trying to find one that sounded like the bird I heard. I was unsuccessful in finding the refrain I heard. I later learned the Ruby-crowned Kinglet may sing only a portion of the song, over and over like a broken record. That is exactly what I heard. 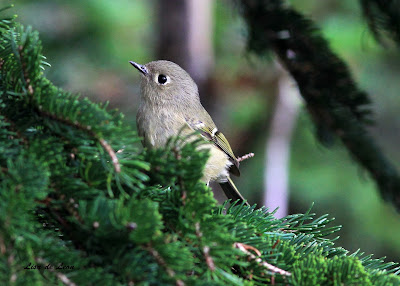 I pursued this small bird with a big song at Bidgood's Park day-after-day until I finally saw it. 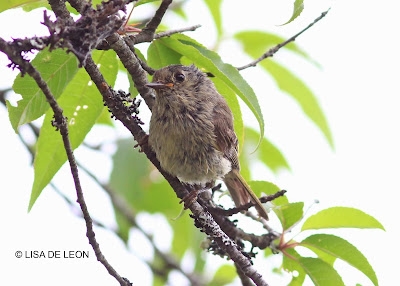 Once identified, I began to listen to different versions of its song again and again. Then and only then could I relate the cropped version of the ditty I heard to the Ruby-crowned Kinglet. This exercise embedded the  song into my brain. This year, I could hear and identify the unseen Ruby-crowned Kinglet anywhere, anytime. 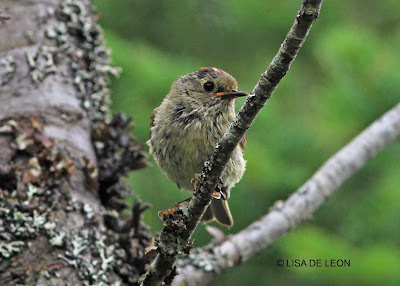 The Ruby-crowned Kinglet arrived in NL about the same time as the warblers and disappeared when they did. In fact, at one time the kinglets were considered to be Old World Warblers. 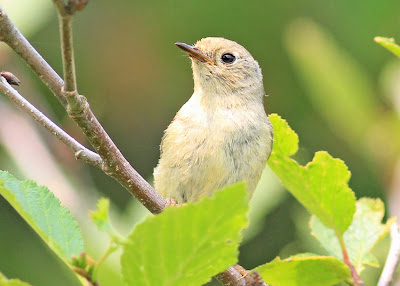 One of the really nice characteristics of  kinglets is that they, like the chickadees, bring a little fun to the woods. They are independent, playful and a joy to watch.
Posted by Lisa de Leon at 6:38 AM