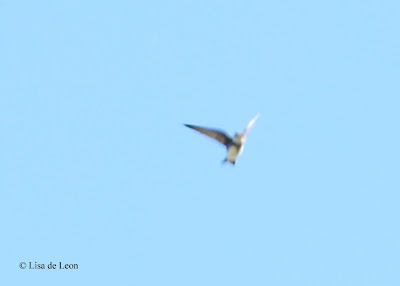 A lot! Brace yourself for the worst series of pictures I have ever posted. Typically when birding, I am scouring the landscape up and down. However, there are those sudden bursts of overhead activity that draw my attention. When a bird looks different, flies different or sounds different, I immediately raise the camera and start shooting. No time to change settings - just get a shot to base and ID on.  This has happened a lot over the last two weeks. Out of the blue (or gray) skies, something just appears and whizzes by in seconds. 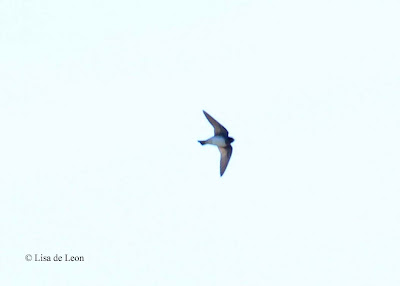 Yesterday morning at Cape Spear, I was walking toward the old lighthouse when I spotted these swallows spinning out over the water. The morning light combined with the wind and the speed of these birds made it very difficult to identify them. I fired several shots and came up with enough to make an identification. The two were different; one was a Bank Swallow (first shot) and the second was a Cliff Swallow. 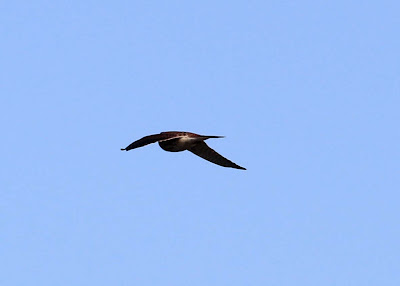 While looking up and trying not to get caught up in the dizzying movement of the swallows for fear of losing my footing, this raptor sped by. 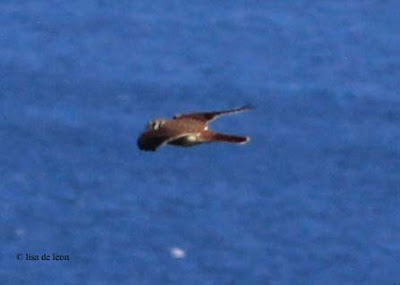 This bird flew differently.  Point and shoot and hope for the best - that's my practice. Given the pointed wings, I began thinking of falcons most commonly seen in the area. That would be Merlin or Peregrine Falcon. Yet, the white belly didn't fit either of those birds. In this shot I could see some of the markings on the face. It looked like an American Kestrel, but I dare not think it could be because I couldn't find any previous listings of a Kestrel at Cape Spear on the Discussion Group. In fact, there have been very few sightings in the St. John's area over the years. 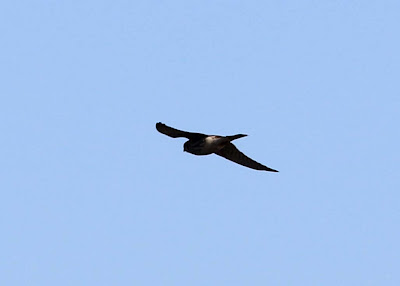 I sent the shots to Dave and Bruce. Bruce was the first one able to get back to me and pronounced this as a female American Kestrel. Imagine if I hadn't taken the picture. I probably would have written this bird off as a Merlin. Within ten minutes at the top of the hill, I added three new year birds. That rarely happens. 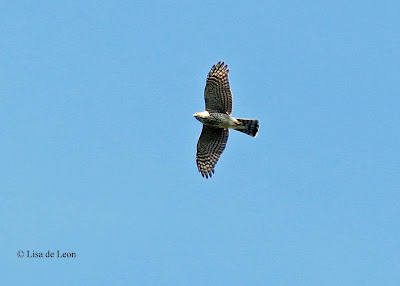 There are other lofty birds that circle overhead, offering a better opportunity to be photographed. This Northern Goshawk, seen from Blackhead Road, was the first I have seen in quite a while. 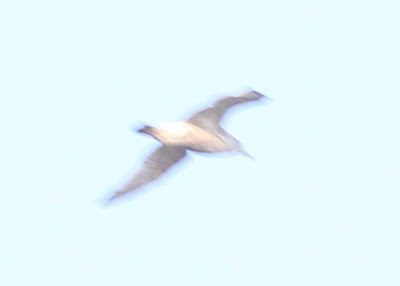 Then there is this silent, mystery bird that blew overhead at the tip of Cape Spear earlier this week. It seems to be a shorebird of some sort. It kind of resembles a bittern except its neck is too short. There is so little detail on this shot that this bird will probably go into the "forever unknown" pile. I have a lot of those. 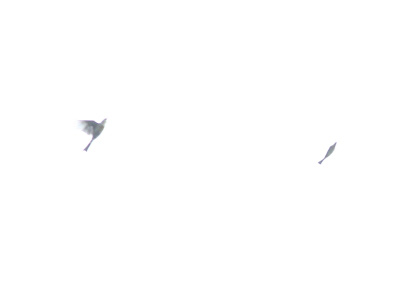 Then there were these fast and furious birds. Along Blackhead Road, I spotted a small group of little birds and one larger bird. Thinking that to be interesting, I stopped and managed two shots. The big bird behind a little bird. 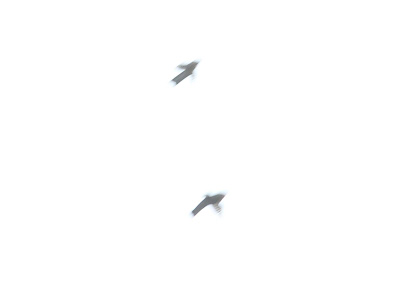 Then I got a shot of two more small birds. Given the location and the little bit of barring showing on the wings, I think the small birds were Pine Siskins. Knowing the smaller birds is important to getting a proportional relationship between the small and larger bird.  Best guess: This is probably a Sharp-shinned Hawk in hot pursuit!

Action like this is fleeting and often leaves me shaking my head wondering what in the world I just saw. That kind of curiosity is good, I think, as I would never have gotten the American Kestrel without it.
The last of my eye-straining photos was taken at Cape Freels. This group of four shorebirds flew over land coming from the beach and disappearing quickly in the distance. Given the size, shape and coloring, it is possible these were four Pectoral Sandpipers. But like so many other fly-by birds, I will never know for sure.  Keep looking up. The skies are yielding a lot of interesting birds. With a bit of luck, you might actually get a good look. Remember the two Chimney Swifts captured in the same way flying across Kent's Pond? 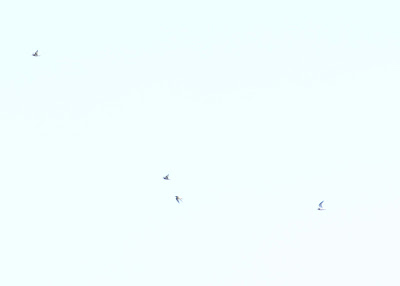