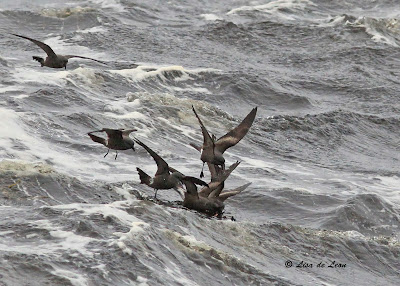 Like flies at a picnic, Storm Petrels were everywhere. There were thousands in Holyrood dotting the sky and the sea. 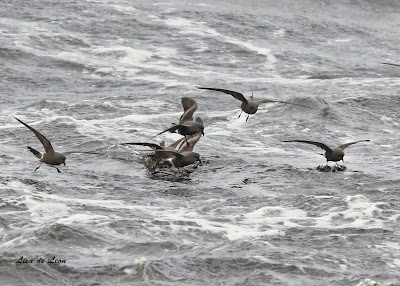 What a spectacular event! This is only my second  "event" where I have seen more petrels than I can count. The last time was in 2011 in Outer Cove where the Storm Petrels bombed the beach. On that day they were accompanied by shearwaters and kittiwakes, and it wasn't even stormy. They were pursuing a late influx of capelin coming to shore. Spectators to that event had to dodge the masses of birds zipping to and fro. 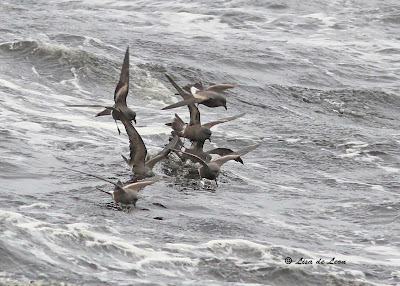 This time, the Storm Petrels were carried by high winds and were with Red Phalaropes and jaegers. It was mesmerizing to sit in my car (was not getting out in the rough conditions) and watch the swirl of activity. These little birds never landed on the water. 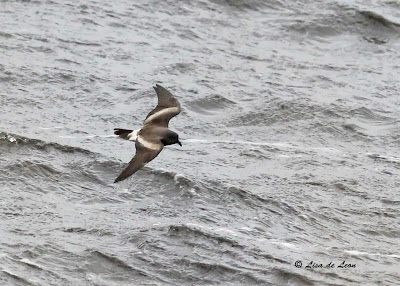 It was constant motion for them. I hardly knew where to look as there was action everywhere. 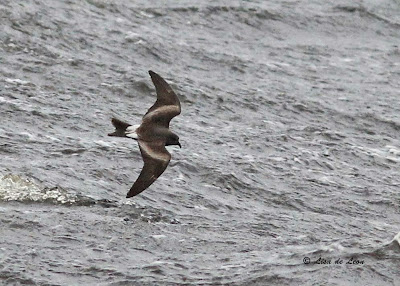 They were like sea swallows, dipping, spinning, gliding on the wind and walking on water. 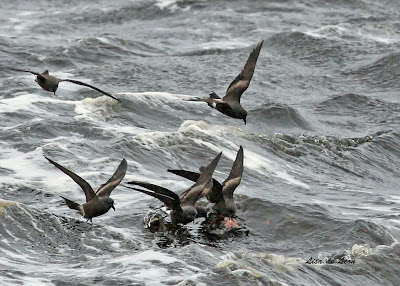 When a morsel of food would surface, several Storm Petrels would swoop in for a piece of the action. What a spectacular way to observe a bird I have only seen twice before.  Gradually, as the weather began to clear, large numbers would leave to return to the open sea. Sadly, Brendan Kelly reported many casualties on the morning after. The petrels were drawn by the night lights and landed on shore where they could not lift off.  These birds were made to thrive on the open waters, not on land.
Posted by Lisa de Leon at 6:01 AM