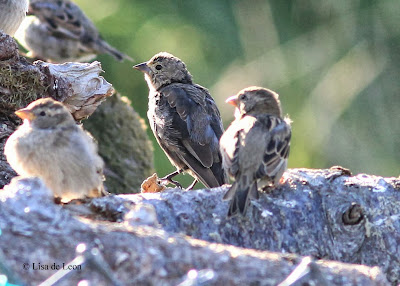 When I heard there was a Brown-headed Cowbird in Portugal Cove South and I was in the area, I was super pleased. I have seen them before but never in Newfoundland. 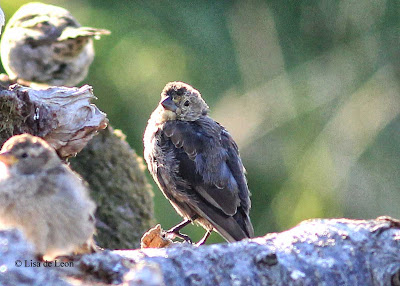 When we pulled up to the feeder where the bird was reported, it was nowhere to be seen. Reluctantly, Catherine B. and I left the spot and headed up Cape Race Road in the hopes of seeing the Blue Grosbeak and Lark Sparrow. The Cowbird would just have to wait until we returned. 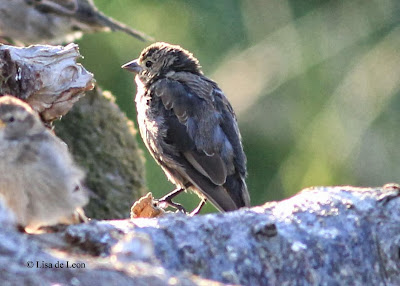 A couple of hours later Catherine eased her car up the road alongside the feeder. Only one bird, a House Sparrow, was on a bush near the feeder. However, there were several House Sparrows sitting on a wood pile. We began checking them over. 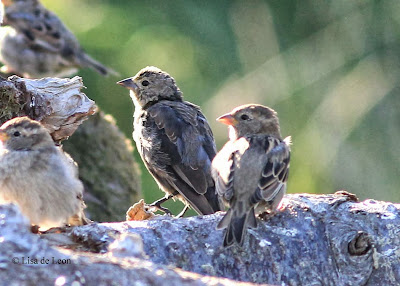 Being at a bad angle with poor lighting, we didn't see the bird. Fortunately, two other birders pulled up and pointed the bird out to us on the wood pile. 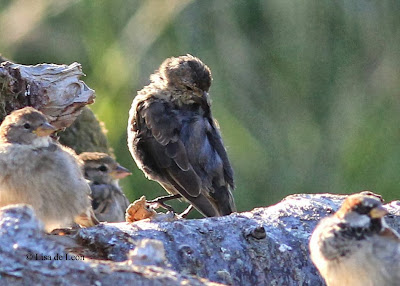 Knowing it was there, we picked it out pretty quickly. However, I was shocked by its appearance. It didn't look anything like the Brown-headed Cowbirds of Arkansas. 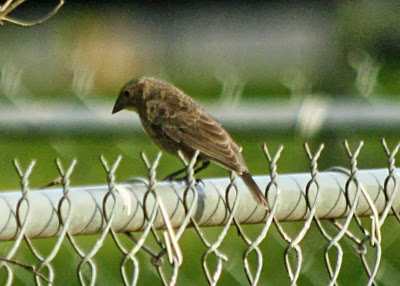 The next two photos are of a female and male Brown-headed Cowbird seen in my sister's yard. They were big, large-beaked and bore the distinct colors of the cowbird. 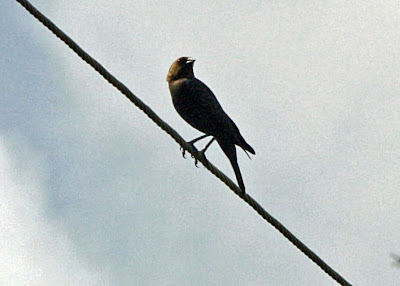 The little bird we saw in Portugal Cove South was so different. I haven't heard it said, but I think our visitor is an immature male. To me, it looks like it just fell out of the nest, but in order to get here, it has to be much older. At any rate, it certainly had the distinctive brown head developing. If looking for this bird, look closely, because it certainly blended in with all of the House Sparrows.
Posted by Lisa de Leon at 6:53 AM