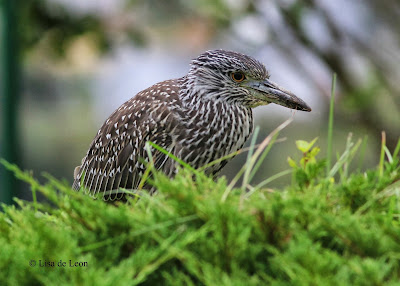 This was the morning of the week that I designated a "stay-at-home time" to get a few mundane things done. That all flew out the window when I opened the Google group this a.m. and saw the report of the Yellow-crowned Night-heron in Torbay, a mere 10 minutes away. 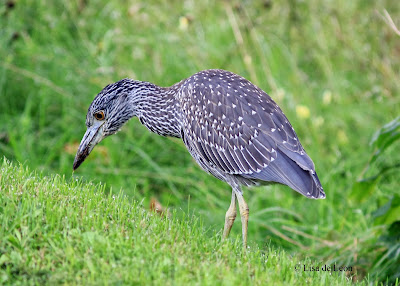 By 7:30 I was on my way. I checked the reported area on Shea's Lane but couldn't see any thing. That set me on a mission to try to find the bird. After more than an hour of looking, I returned home. I was going to post the bird was not to be seen when I saw Ken Knowles' report that the bird was in the same place as last night. 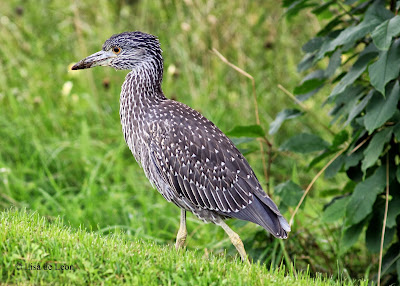 By 9 a.m., I am back on the road again. This time I was lucky. This is such a lovely bird it was worth it to go twice. 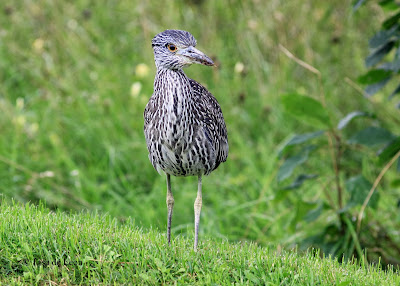 When I first saw it, it was standing so still and looking so handsome, I thought I was looking at a lawn ornament. Then, it moved. Wow! This marked my best look at this bird. The only other time I saw one was on August 16, 2011 at Quidi Vidi Lake in the rain. 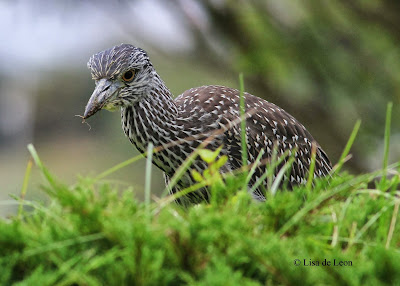 There was one reported on Donovan's Road last year, but its stay was short, and I missed it. Not this time! 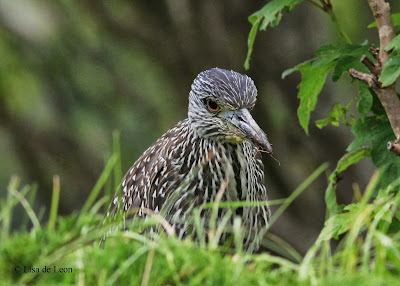 The Yellow-crowned Night-heron is considered an unusual bird to Newfoundland, with one being reported nearly annually. 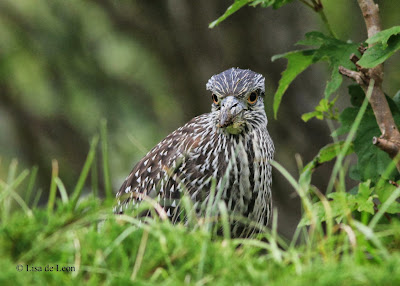 This immature Night-heron looked very healthy. It was moving around a lot and eating well. I saw it fly from the tree to the ground, and it seemed to be in good health all around. 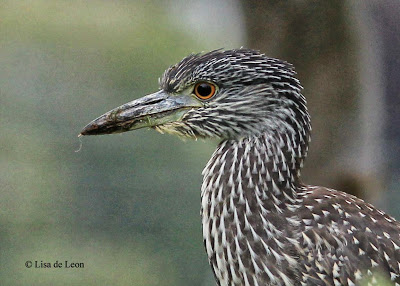 So, now I am at home trying to get around to those things I need to do, but I had to post this first. Surely, these pictures will motivate you to go see this bird if you can.
Posted by Lisa de Leon at 10:20 AM