Most Handsome Bird on the Beach 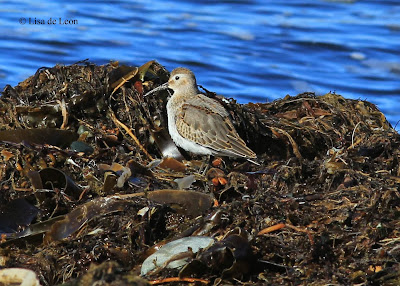 St. Shott's Beach is one of the best shorebird catchments on the southern shore. Over the last year, I have visited the beach three times in an attempt to see a Baird's Sandpiper.  I have concluded it would have to be standing naked right in front of me before I would see it. Dip! 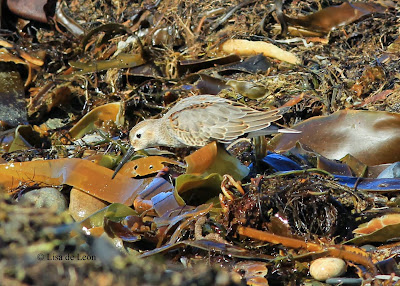 In the meantime, there is much entertainment on the beach with a mix of a couple of Sanderlings, a handful of Dunlin, plenty of Semipalmated Plover and Sandpipers, and of course, the White-rumped Sandpipers. Mix in a couple of Horned Lark, and it is a dizzying experience to try to look at each one. 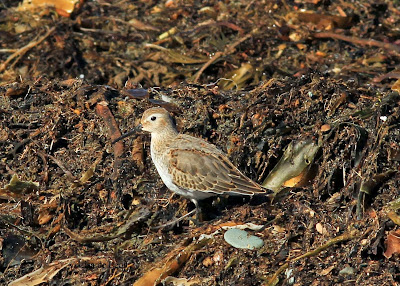 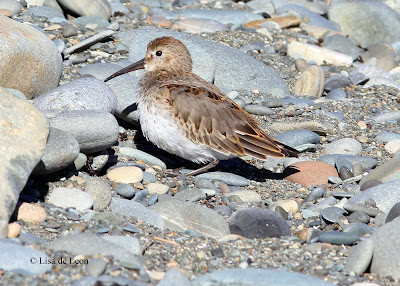 Without doubt the Dunlin is the most striking bird among the lot. Its rich brown colors, long beak and hefty size make it the king of the beach. I could hardly take my eyes off it to look at the other birds. 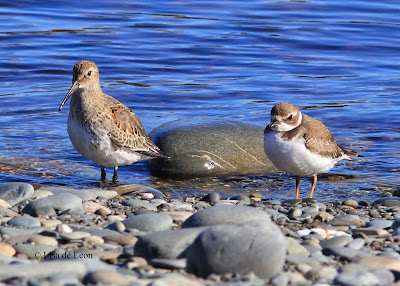 Some of the Dunlin seemed to have longer, down-curved beaks than the others, but that again is a part of the optical illusion created by all of the factors on the beach. This shot provides a great comparison between the size of the Dunlin and the smaller Semipalmated Plover. 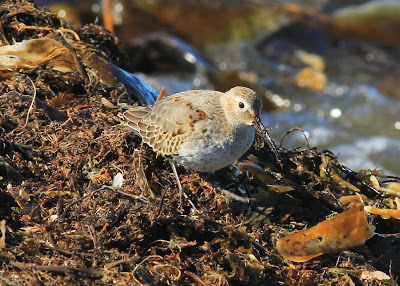 The long Dunlin beak allows it to reach deep into the kelp and bring up a delectable food supply that keeps the plump bird happy. The birds became fairly comfortable with our presence and moved around us without fear. 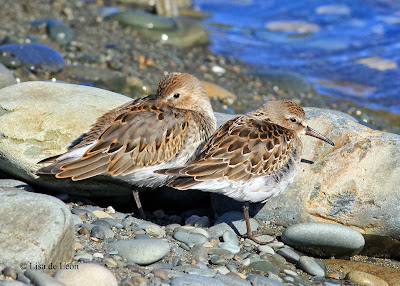 Here was a pair, a Dunlin and a White-rumped Sandpiper, tucked in for a high-tide rest. They seemed quite cozy and stayed in place for nearly 45 minutes. 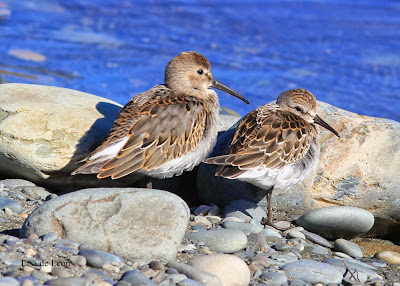 Finally, the Dunlin showed its head allowing for a great side-by-side comparison between the two species. 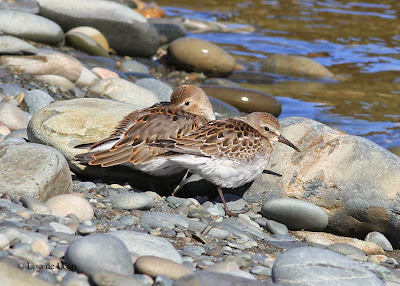 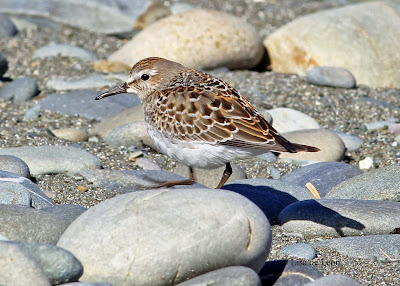 Several of the White-rumped Sandpiper were still wearing some of their breeding plumage. This was a first for me to see the rich colors of this bird. Previously, I had only seen the gray colors of the winter suit. I guess getting to the beach early in the season has its benefits. It was hard to pull away from this shorebird zone, but there were other places to go and other birds to see. It would certainly be worth spending a whole day in a place like this to study the variance and behaviour of each species.
Posted by Lisa de Leon at 7:15 AM