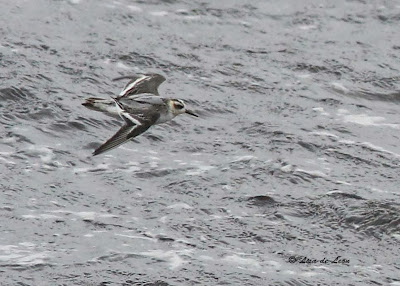 The day dawned with pelting rain and a driving North wind. Nothing was going to get me out of the house and out into it. My plans were made, and lists of household chores were going to get done.  I had settled down to have my second cup of coffee and decide what I was going to do first. 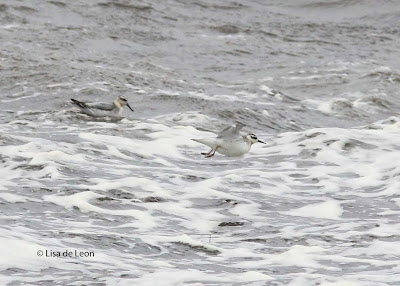 One last look around the Internet and I was going to roll up my sleeves and get to it. That was the deed that undid all other deeds. Bruce Mactavish had just reported a "seabird event" in Holyrood. His list of birds contained three birds I had never seen before. 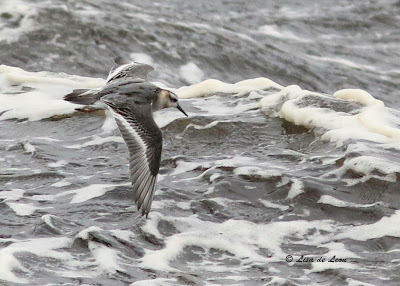 What was I to do? It took all of two seconds to decide. Scrap the list of chores and go face the weather in the hopes of seeing some new birds. 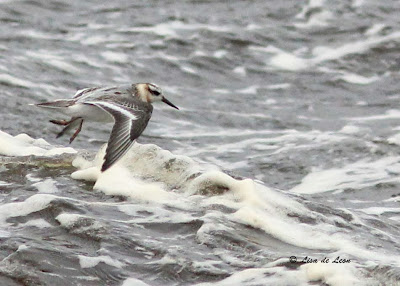 I couldn't leave right away, but my mindset was totally changed. I did a couple of errands before leaving town and headed straight to Holyrood. 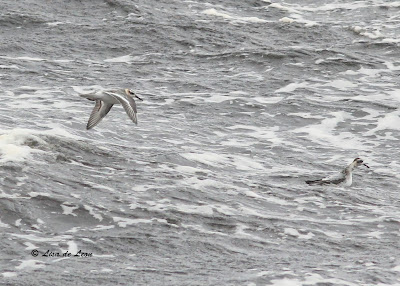 As I drove into the area, I could see birds spinning everywhere. Awesome! It took a little while for me to get a good location to view the birds where the fierce wind and rain wouldn't put my eyes out with my window down. 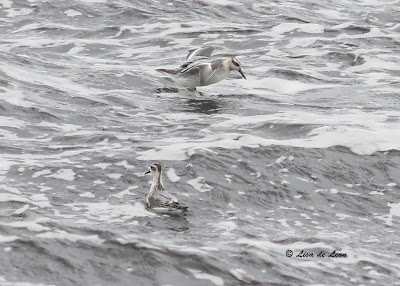 With guidance from Dave Brown, I found the spot and just below the road were the Red Phalaropes. Wow! I had only seen one phalarope ever, a Red-necked Phalarope. While the numbers had dwindled from the early-morning count, there were still plenty there and not too far from my viewing perch. 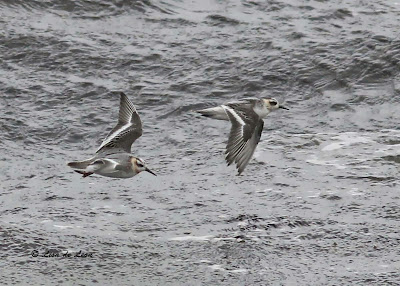 They were so small and light in color that it was easy to lose sight of them in the swelling ocean. Lucky for me, they seemed to be drawn to the surf around the edges. What a great chance to see these wonderful little birds! You must have gathered by now that a "bird event" takes precedence over most everything else. Oh, how good is it to be retired!
Posted by Lisa de Leon at 7:43 AM