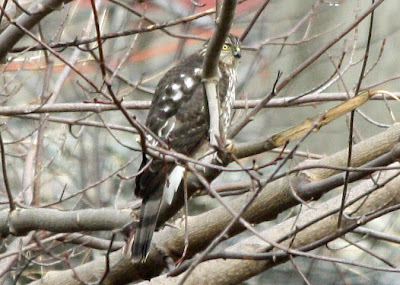 I started drafting this article back in June and never got around to finishing it. Given the lively activity at Kelly's Brook, of late, I decided to go back and update this post and share it. Kelly's Brook is an inviting microcosm for birds. The flowing brook, the overhang of beautiful old trees, quiet and calm provided off the beaten path, and a ready supply of food attract numerous and varied species of birds.

There are the regular, year-round visitors including Sharp-shinned Hawks, Belted Kingfishers, Chickadees, Juncos, Blue Jays, Crows, and ducks. Then, in the fall, the area comes alive with the Green-winged Teal and Common Teal that return to the area along with an odd assortment of in-season and out-of-season birds. Over the years, Kelly's Brook has generated an impressive list of bird visitors. It is interesting that the warblers turning up there often appear in the fall. Among the list of Fall warblers are the Yellow, Kentucky, Yellow-rumped, Black and White, Nashville, Cape May and Wilson's.  Some even try to winter in the area. 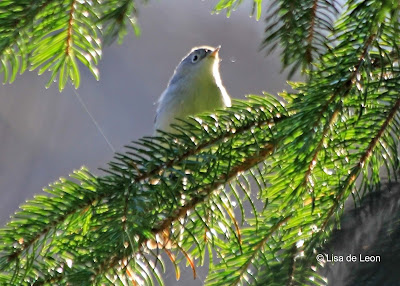 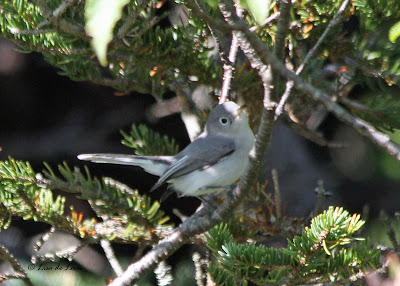 I was most surprised by the report of a Black-crowned Night Heron in 2001. The list of species reported in this area is not that long, but it is impressive in that a number of birds showing up in this area are uncommon or rare. As small as the area is, it is an important location to look for special birds. 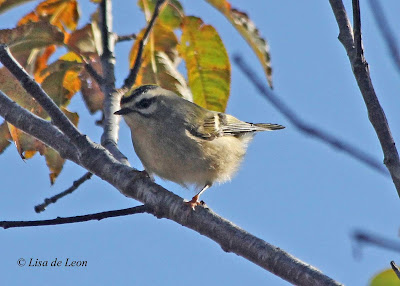 I couldn't help but notice that most of the reports from this area have come from long-time birders.  Given that a number of the uncommon birds are somewhat secretive, I think the experienced have a special knack for finding and identifying the birds we all want to see.

Kelly's Brook remains one of the great little birding hotspots within the city, a true treasure.