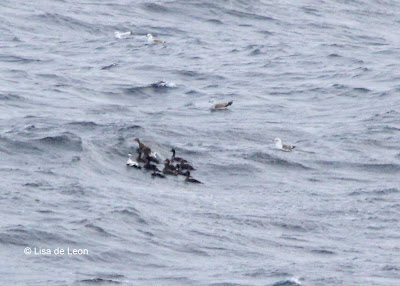 In keeping with my notion that miserable weather brings great birds, I went out in it. I was hoping to see a Pine Grosbeak from the warmth of my car. Well, on the drive out to Cape Spear, I saw three juncos and 2 blue jays. Not too exciting! When I reached the Cape, I ran into Bruce Mactavish who was loading his scope in the car. He told me he saw a White-winged Scoter among the Common Eiders. He also saw some other good birds, but they were beyond the reach of my binoculars, and he also told me the look-out was sheltered from the wind. Based on both pieces of info, I headed for the look-out. What did he mean sheltered??? It was not! 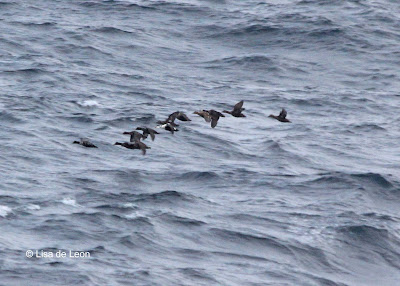 Struggling to hold my binoculars and camera steady, I stared into a little knot of dark birds. Had to be the eiders. Now, how was I going to recognize the White-wing Scoter among them. I saw nothing. Then, in a flash the group lifted off and flew by. No white wings in there. 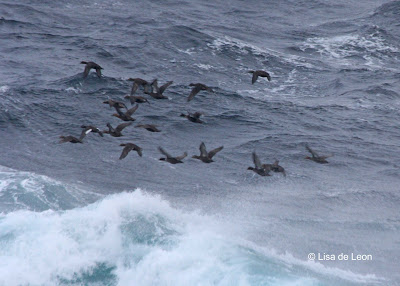 I caught sight of another flock heading my way. Then, there it was, a flash of white on the wing.  I had a new bird for my Winter List. I guess it was worth it. Again, thinking the sheltered area might be on the back trail, I headed back to my car via that route. I swear, I think the wind was stronger. Then, a little brown bird, an American Pipit, blew past me down on the rocks. Why don't I have a picture of that one? Because I was hugging a rock! At the time it seemed more important to me not to be blown into the "drink" than it was to get a picture. Happy enough with two new birds to add to my list, I wove my way back to the car, where I just sat for a moment trying to regroup from the wind and cold. 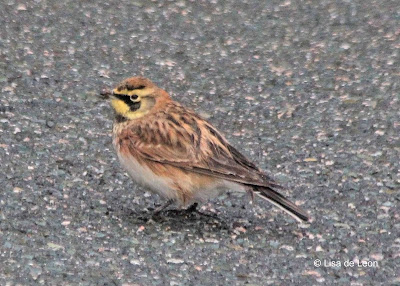 Taking the long drive home, I swung by Petty Harbour. Just as I rounded the first big curve, I spotted a small bird in the driveway. 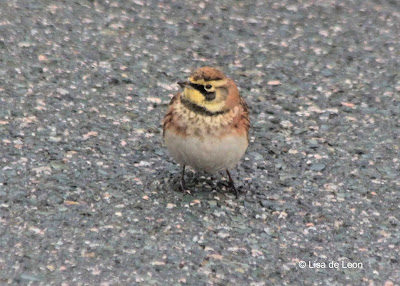 From a distance I couldn't tell what it was so I rolled down my window, grabbed my camera and managed to get a few shots as I crawled along the road. It was a Horned Lark. 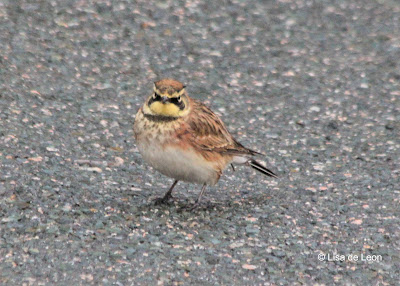 Little did I know that Horned Larks are considered rare at this time of the year. Whohoo! Three new birds for my list! 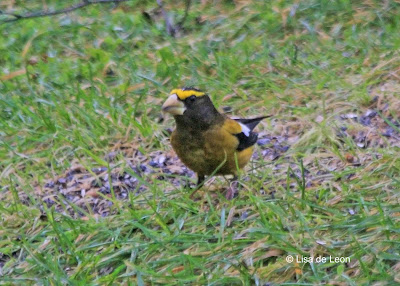 Quite satisfied with the day's haul, I meandered along and decided to check out the Barrett's feeders. Bingo! There was the Evening Grosbeak - at least 30, in fact. 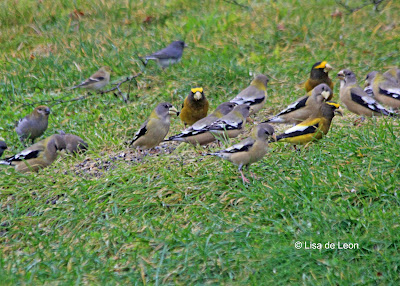 I was enjoying watching these amazing birds, when out of the corner of my eye I saw a Pine Grosbeak - my day's target bird! Wow! My list is growing. 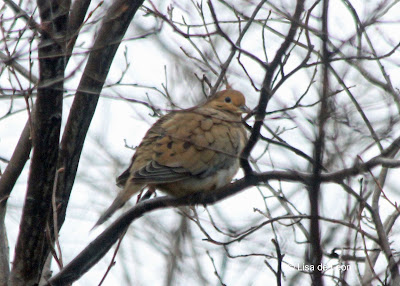 As I was moving back into the driver's seat of my car, I noticed this great little Mourning Dove, sitting in a tree seemingly waiting his turn to go under the feeder. Amazing! Six new birds in one day! This surely buoys up the notion that took me out in this blustery, flurry of a day. 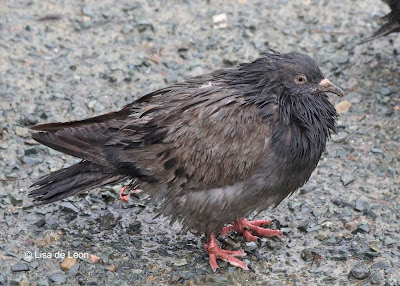 I had one last stop to make - Bowring Park, on the outside chance the Wood Duck might still be around. No such luck. When walking back to my car, I saw this pitiful little pigeon. He looked like his waterproofing system had failed him. Drenched and shivering, he reminded me of me. In lieu of being able to retreat into a warm dry place, I think he looks like he needs a really big hug.﻿
Posted by Lisa de Leon at 3:34 PM