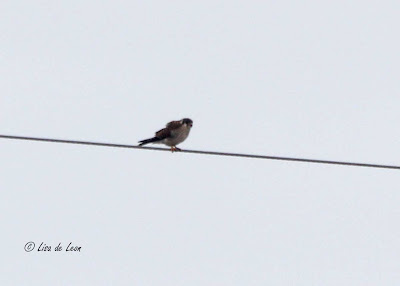 It was the lure of seeing an American Kestrel that saw us travel up the soft, rutted Cape Race Road yesterday.  Catherine Barret navigated us safely up the road and was first to spot the target bird, to boot! 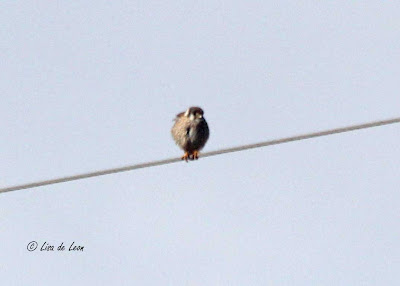 It sat patiently on the wire, just as earlier reported, and waited for us to draw near. It stayed for a while, and I was able to get some record shots of the event. 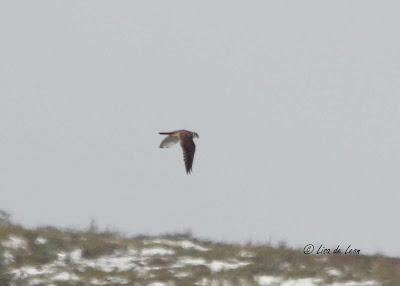 This is such an interesting falcon, even though it didn't seem to be sporting its finest plumage. With a burst it flew off the wire and landed on the ground.  Soon, it lifted off and flew back to the wire. It repeated this several times. 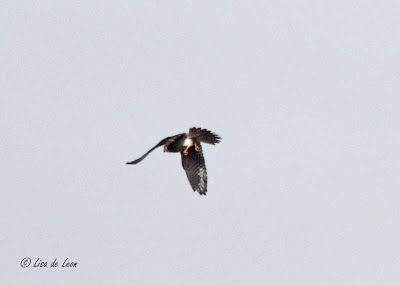 It spent a lot of time in the air while we were there but on a couple of occasions it landed fairly close to us on the ground, all things considered. The American Kestrel is the most common falcon of North America, but is not readily seen on the Avalon. It does, however, breed on the west coast of Newfoundland. 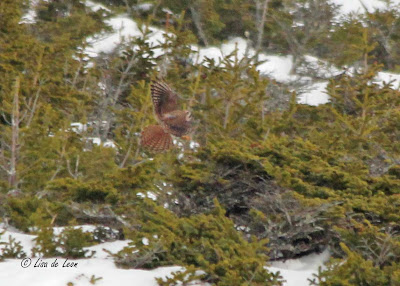 There was this one opportunity where I was able to capture the rusty color of this bird. For me, it was the distinct facial markings that I found most interesting.  The American Kestrel is the smallest of the North American falcons, and judging by the absence of the large black stripe at the end of the tail, I am guessing that this is a female.  I read that the female of this species finds its wintering grounds first and is later joined by the male before breeding season. 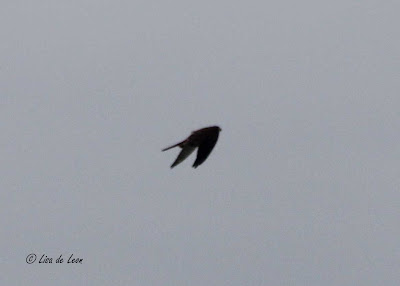 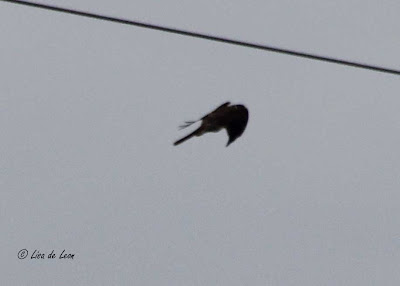 I also read that wire-sitting is one of their regular routines which makes them easy to find in open areas.  I have included a series of very poor photos here of the American Kestrel in flight. 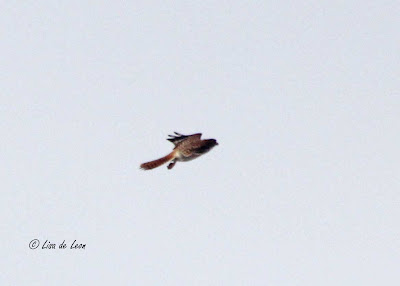 I wanted to share these pictures because I found it very interesting to see this bird's flight in stop action.  It was swift and used its strong wings to thrust itself up like a bullet. 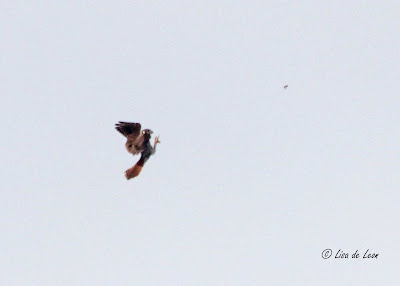 At the time, I thought this bird was flitting around so much because we were there, now I think that is only part of the reason. In two of the images, there is a particle of something in the picture. Could this be an insect? This bird bolted upright in mid air and headed straight for the dark object. It looked like a praying mantis. 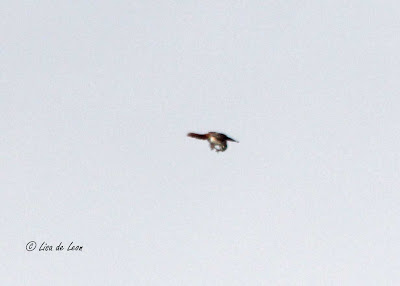 Then, it bent over as if it were eating something that it caught between its claws. This is another bird worthy of long-term observations. This was my first time to see an American Kestrel, and it made quite an impression on me. Will I ever take on the tricky navigation of Cape Race Road, I don't think so.
Posted by Lisa de Leon at 5:40 PM