A Short Jaunt Becomes an Excursion 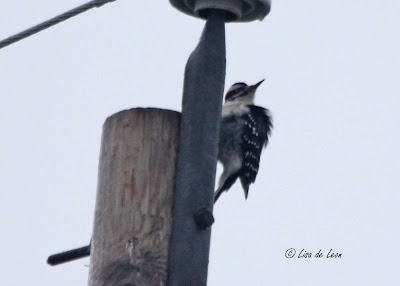 Anticipating fair weather on Saturday morning, I thought I would take a quick run out to Cape Spear to see what has happening. It is always nice to share these outings, so I asked M. McMillan is she would like to join me. By 8 a.m., we were in the car, but I had to make a detour first. 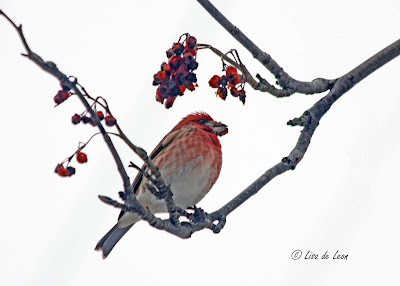 Since this weekend encompasses the Backyard Bird Count and my backyard was pretty quiet, I wanted to see how some other feeder yards were fairing.  We checked a couple of locations before we headed to Strawberry Marsh Road.  There seemed to be very little activity, until we reached Strawberry Marsh Road, that is. 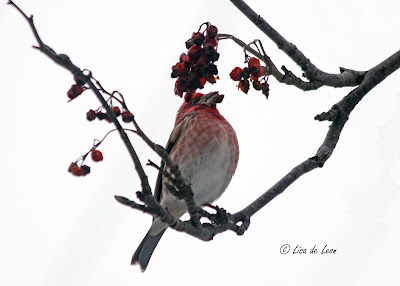 There were birds everywhere, more than a hundred!  Robins were singing, E. Starlings were "wheeing," Purple Finch, Juncos, A. Goldfinch and a few B. C. Chickadees were everywhere!  It was another one of those moments when you just don't know where to look. 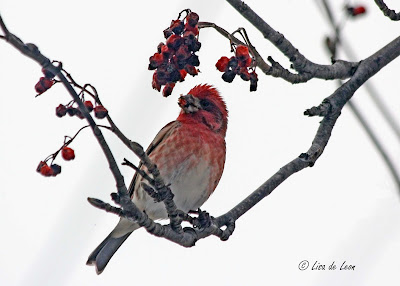 I pulled off to the edge of the road, and we just marveled at what we saw and heard.  I opened the sunroof on my car and was able to get these few shots of a beautiful male Purple Finch. Not wanting to interrupt the event, we just sat and gawked. It was surely a feeling of spring in the air. 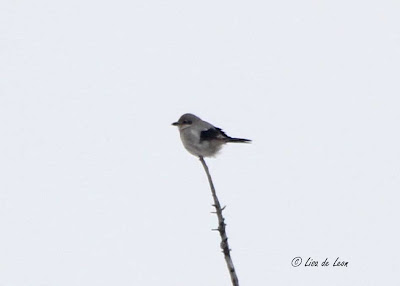 We did eventually make it to Cape Spear where we heard the Hairy Woodpecker before we saw it.  Other than American Goldfinch, there weren't many birds between Cape Spear and Goulds.  When we reached Goulds, we ran into Catherine Barrett who was getting in her car to head out to Cape Spear.  We convinced her to join us and we headed to CBS to look at some sea ducks.  There were numerous Scaups, Common Goldeneye and mergansers (both species).  We checked several places before heading back. As one last detour, we headed to Bidgood's Park where we spotted this Northern Shrike sitting atop a tree some distance from the road. We watched and tried to confirm its ID when it flew a little closer to us, and we all agreed, that indeed, it was a Northern Shrike.  That makes seven that I have seen this winter.  How can that happen when I didn't see a single one the two winters before.  It's a wonder....birding is always a wonder!
Posted by Lisa de Leon at 11:18 AM