The Ducks Were Spooked! 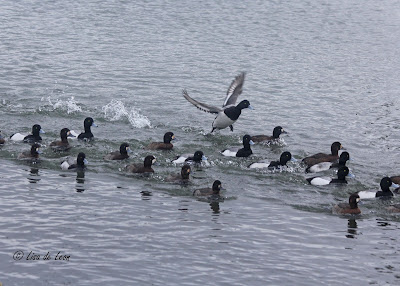 Last Sunday morning I went out for a short look around to satisfy my birding needs.  I ended up at Quidi Vidi Lake where I ran into several other birders standing at the west end of the lake with their scopes trained on the flock of seagulls. One never really knows when a Slaty-backed or Yellow-legged Gull will drop in. 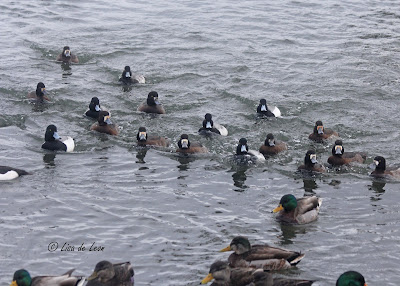 As we were talking, all of a sudden there was commotion, lots of commotion.  The ducks were the first to react. There was urgency everywhere as they lifted off and swam toward shore, toward us! 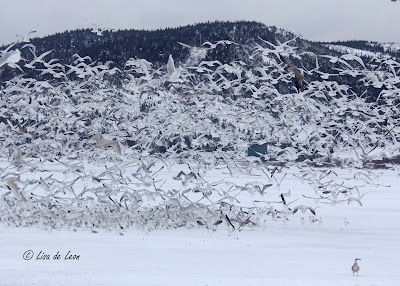 At that point, the gulls in the middle of the lake lifted off. It must be a raptor.  We were all looking up to see if it were an eagle or a falcon. We could see nothing, but the frenzy was growing. 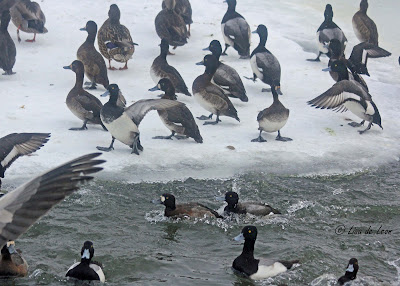 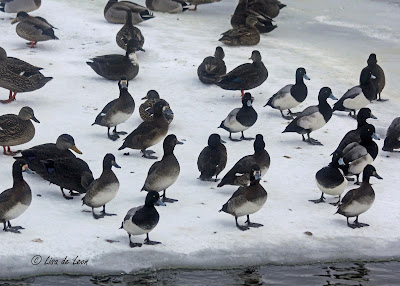 What was going on?  The ducks were not just huddling close to shore as they normally do. They were scurrying to get out of the water as fast as they could.  I was amazed because this was my first time to get a full view of these ducks out of water.  We were puzzled and one of the other birders commented on how unusual that was. 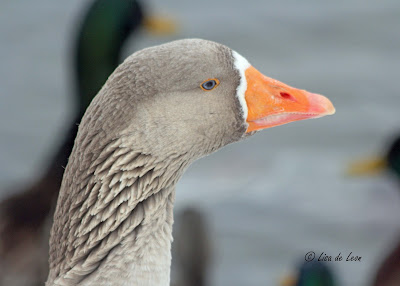 Even big ole Michael got out of the water and was staring toward the water. 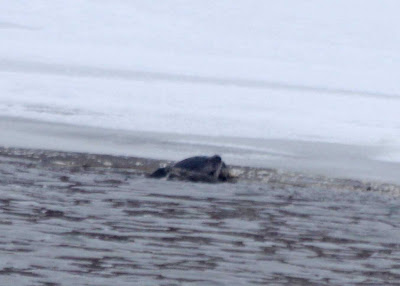 It was then that Gene Herzberg spotted the otter near the far shoreline with a black duck in its clutches.  I turned just in time to get one shot before the otter vanished under the sheet of ice and disappeared. 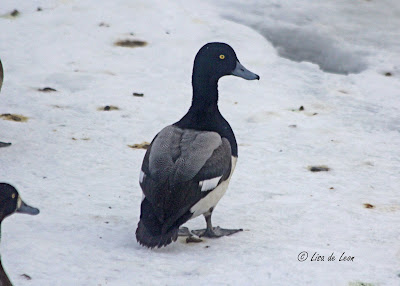 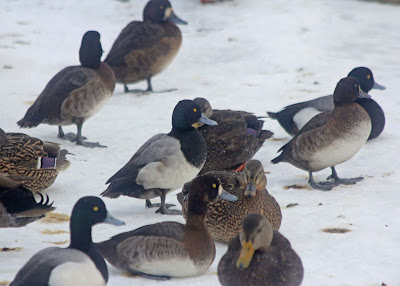 It was quiet.  We looked on.  The ducks looked on frozen in a stare and in shock. 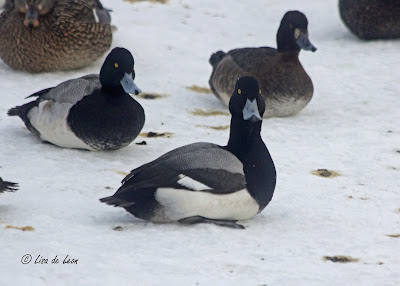 We were quite close to the scaup but they were not bothered by us. The looks on their faces said it all. 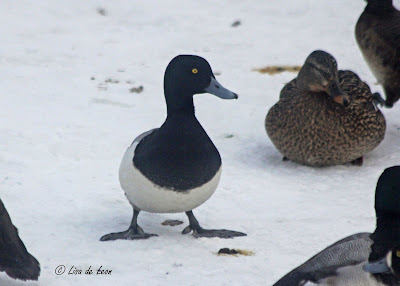 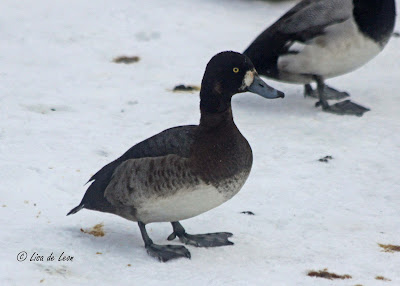 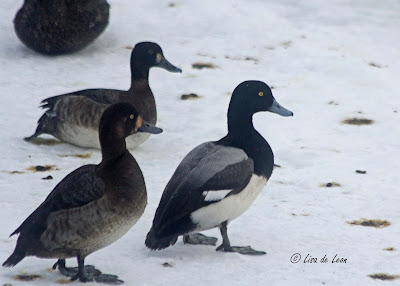 They were spellbound as were we. Long after the otter was gone, the ducks stayed on shore. Nature is remarkable! The tension in the air was thick, and a hush came over all of the birds. 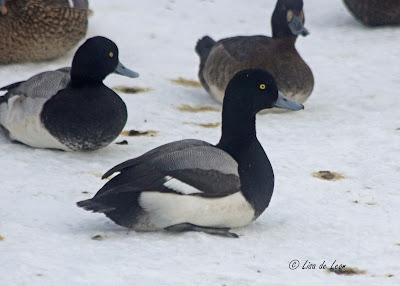 I included this last picture because it shows the duck in front with a darker wing with the white of its wing showing.  Several pictures show this.  At first look at my guide, I don't see an example of this. As time is short this morning, I will have to look this up later.
Posted by Lisa de Leon at 7:40 AM