How do you know when it is Winter? 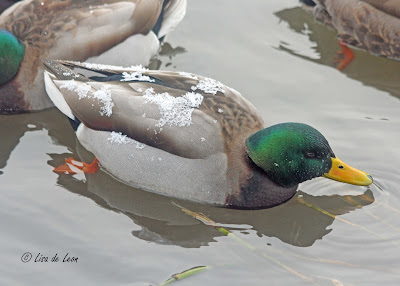 There are clues all around. For one thing, there is no more "on-again; off-again" donning of the winter's coat and boots. It stays on and cinched up to the chin. Pants actually need to be tucked into the boots as I found out yesterday.  I made a trek into my backyard to top up the bird feeders. I should have worn my snowshoes.  I quickly sank into the snow up to my waist, with my pants legs pushed up and the icy snow wrapped around my legs.  It was then that panic set in...I hadn't told anyone where I was going.  I had visions of the birds eating me. With a lot of exertion, I dug my way out of the white "quick sand" and abandoned the feeder. 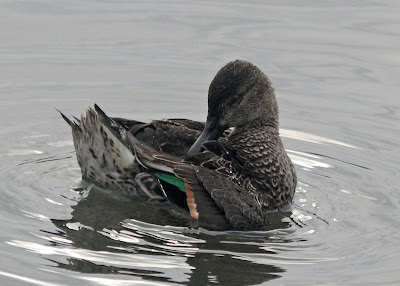 There are other clues, too. Just yesterday (wasn't a great day), I was driving east on Higgin's Line when my car fell into a pothole.  I knew it was a doosie by the hard thud i heard as  my tire fell into nowhere and then out again.  It wasn't totally unlike my sinking into the snow, but my encounter was softer.  Well, the bulge on my tire was a real indicator that winter is here and off I went to buy a new snow tire. 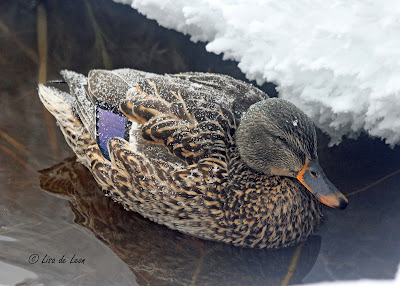 My old snowblower just fizzled last week after a "freak" snowfall amount that drifted straight into my driveway.  The good news is that my new snowblower is much better.  I can almost blow the snow out of the neighborhood with this jewel. 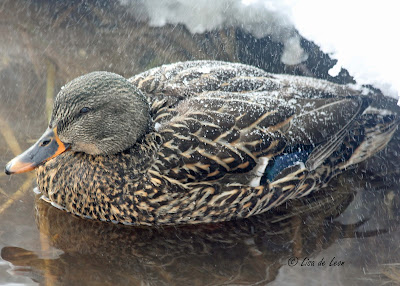 Despite all of that, there is something about birding that drags me out into the bone-chilling cold where I stand and stare at all of the birds around me.  The shiver starts from the knees and moves up until I am nothing but a quivering fool, still standing and staring.

All of this makes we wonder how these great birds can tolerate such conditions, but they are hardy souls who could teach me a thing or two about coping with winter. 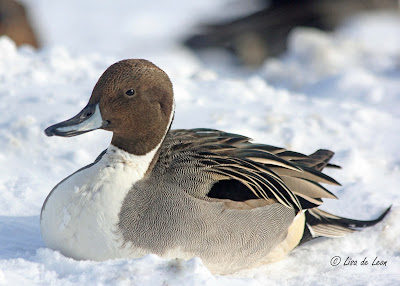 When I look at this Northern Pintail, he looks so at ease with all of the conditions. He actually looks warm. Well, warm I was today as I sat in my car and scanned the thousands of gulls on the ice at Quidi Vidi Lake.  I was rewarded with a good look at the Slaty-backed Gull preening and at least three Lesser Black-backed gulls standing at the edge of the gull flock.
I think it is really important to have a passion that forces me to face a season of discontent to see the small creatures that bring so much contentment into my life. 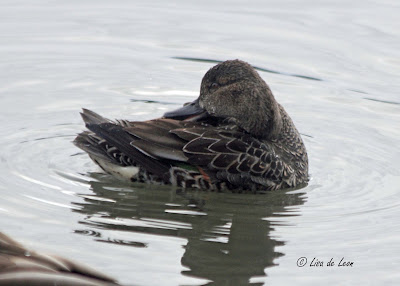