White-winged Tern: A First for Newfoundland 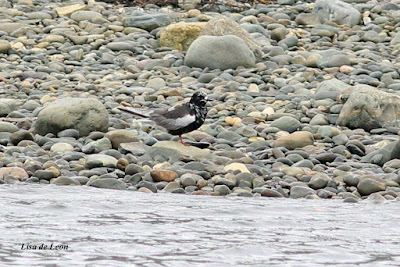 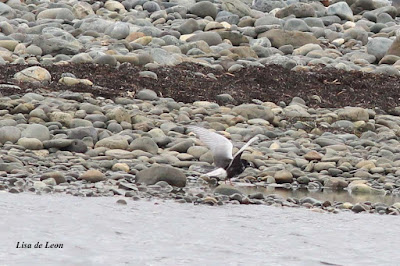 Paul Linegar is the man of the hour for his find of a White-winged Tern in Manuels, a first-ever record for the province. As expected, every birder in the region dropped everything and headed to the boat basin near the yacht club to see this Eurasian species. 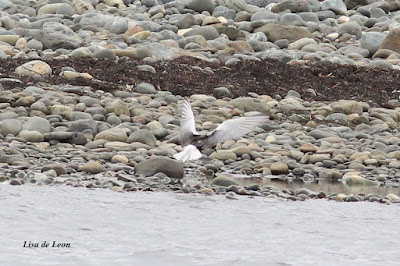 There is no mistaking this bird. When I first saw it, it flew into the boat channel, and the black "popped" against the sky. 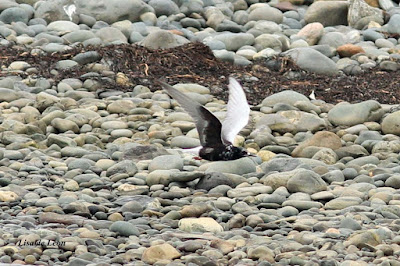 As it came closer and more detail emerged, I couldn't take my eyes off of it.  What a beautiful bird! 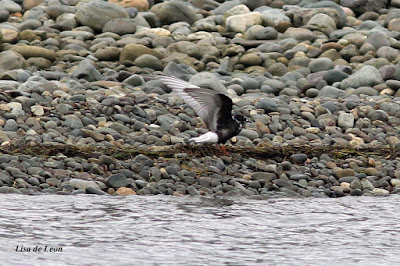 In 2011, a Black Tern appeared in the same area; not nearly as rare as the White-winged Tern, but strikingly similar in appearance. 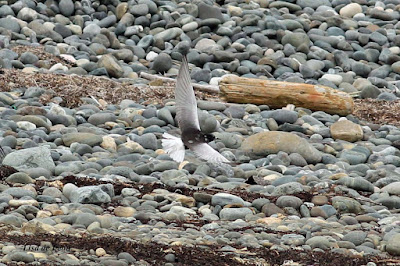 This tern seems to be resting in the safety of the inner harbour in Manuels and feeding in a small pond about two minutes away in Chamberlains.
Posted by Lisa de Leon at 6:50 AM