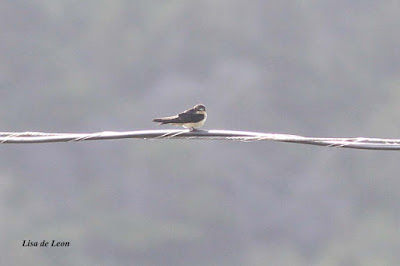 Summer arrived today; albeit six weeks late. I headed out to see if I could find any butterflies and dragonflies. Along the way, I encountered this swallow sitting on a wire at Cape Spear. I didn't get a great first look, so I got out to look a little closer. It was shaped like a Barn Swallow, but the color was off. 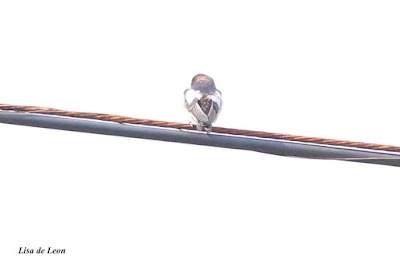 As I watched it on the wire, it fluffed up its feathers and showed a lot of white on its wings. What? Now, I was very curious and set to get a definitive ID for this bird. 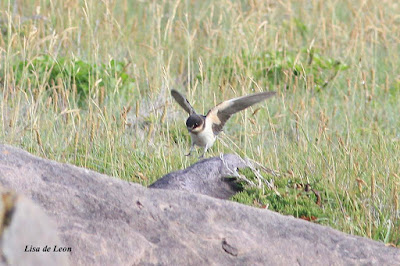 I followed it as it moved around the field. Shape is really important, but so, too, is color. This bird did not have the color of an adult or an immature Barn. 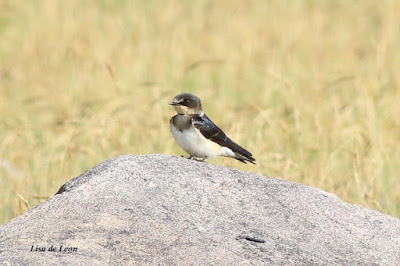 The breast seemed to be totally white and the chin was really pale. 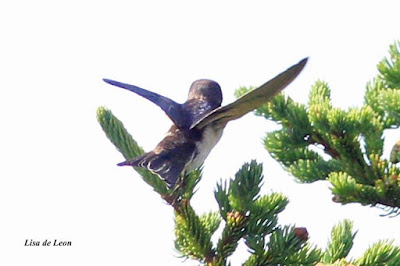 From this angle, I couldn't see the typical swallow tail. More pictures needed... 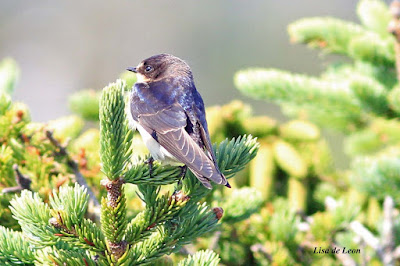 I was coming to terms with the fact this had to be a Barn and not something rare, but I wanted to be really sure. 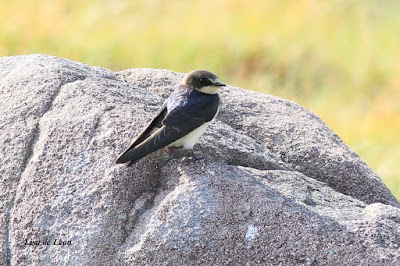 I continued to move around the field with the bird. I tried many flight shots, but failed at every attempt. I think I was too close. 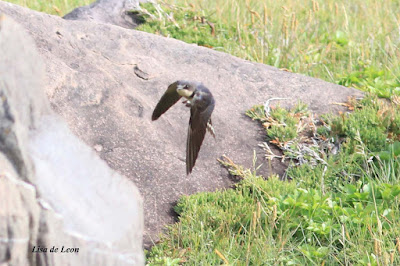 Then, at last, I got the money shot. The white tail spots were finally visible. That was it. So where did this bird come from? I haven't seen a Barn Swallow around for nearly a month now. 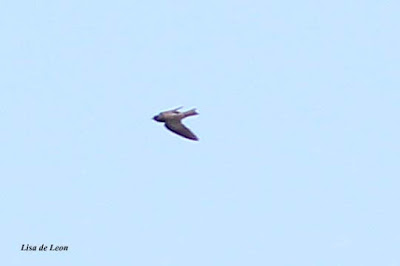 I dropped into Bidgood Park to see what I might find there. Most of the Tree Swallows have bred, raised their young and moved on. There were two swallows left at the park. One was obviously a Tree Swallow, but this one... I don't think so. Both swallows were scarce. I only had two chances to get pictures as they flew by and disappeared. This is one of the images. I knew one of them looked really dark, so I focused on this one when it zipped by the second time. The more I look at it.... its color, shape and consideration of its flight pattern, I think the Purple Martin might still be around. I waited a long time for it to show itself again, but it didn't. Interesting! Curious and just the way I like it...forcing me to think and learn.
Posted by Lisa de Leon at 4:00 PM