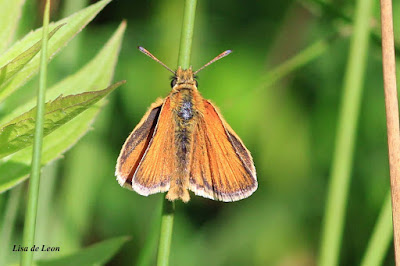 Most anywhere you go now, if there are woods and wild flowers....there are European Skippers. It can be tricky to see this small butterfly as it is only about 1 inch in size and seems to fly low to the ground. However, at this time in July they are plentiful, and they are flitting around in search of a mate as well as a meal. 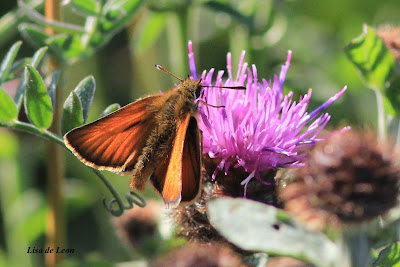 The European Skipper was accidentally introduced to Canada in 1910 when it arrived with a shipment of glass packed in swamp grass. It has since spread across much of North America and is not only thriving but also expanding its range. 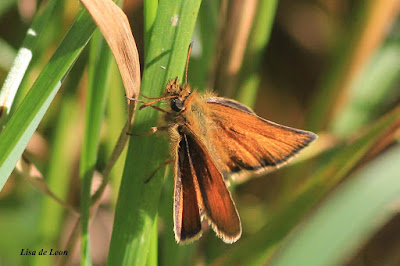 This rusty orange butterfly was named "skipper" because of its practice of skipping along the flowers and low grass looking for nectar. 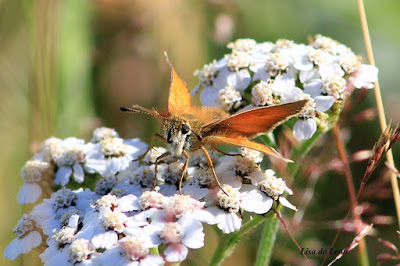 The European Skipper is considered an invasive species as it does quite a lot of damage to timothy grass and other grass types. Natural fungus will often keep their spread in check. 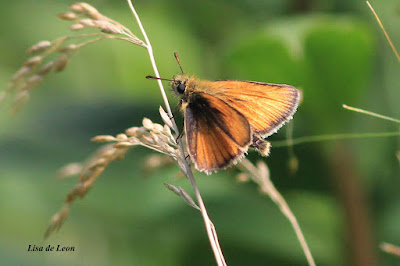 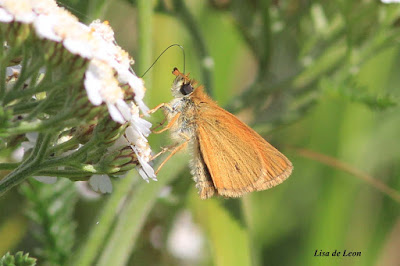 The next three images clearly show the proboscis, the drinking straw. This is actually considered a flexible tongue used to drink the nectar. 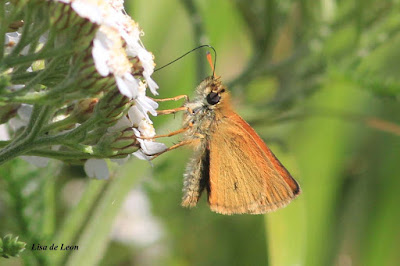 In order to drink, the proboscis uncoils for eating and rolls back up when not eating. See the face image above of the skipper sitting on the white flower. It shows the coiled tube. 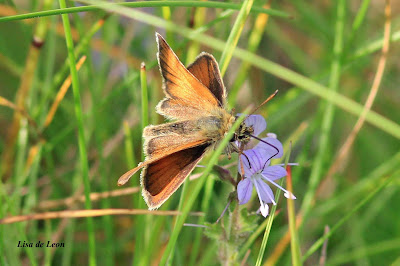 For me, it was impossible to see the detail of this species without the photos. It takes an enormous amount of time to photograph these and other very small insects.
Posted by Lisa de Leon at 4:46 PM