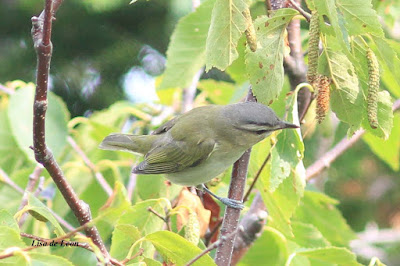 Right on schedule, a Red-eyed Vireo showed up near Cape Spear. This affirms just how predictable birding can be. Of course, this is not true all the time. The surprising appearance of the Piping Plover just up the road proves that. 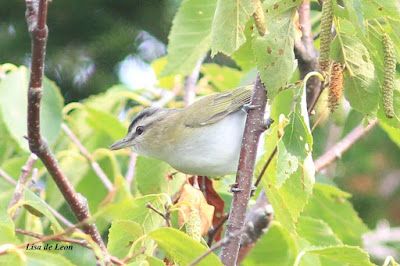 The Cape Spear cabin location can also offer up some very nice, unexpected species as well. Last year, a Hooded Warbler, Yellow-billed Cuckoo and Black-billed Cuckoo were spotted in the area. There have too many rarities found there to list. 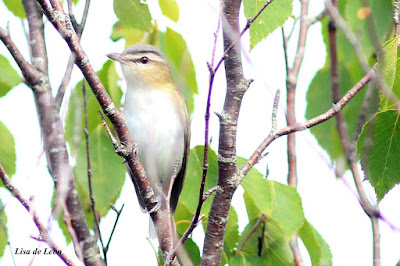 Birders often annually visit common locations to ferret out uncommon birds. This is, indeed, the most exciting time of the year to bird. 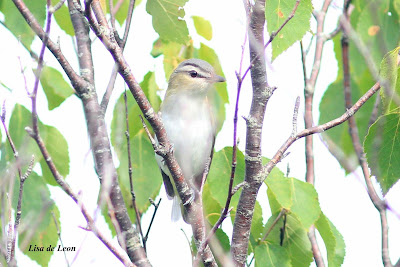 There have already been some very rare, great birds show up in the province. To add to the new White-winged Tern, another first-record bird was reported yesterday...a Broad-winged Hawk. What else is coming? It is important to cover as many locations as possible to find other hidden gems.
Posted by Lisa de Leon at 6:32 AM