Shades of Yellow and Brown 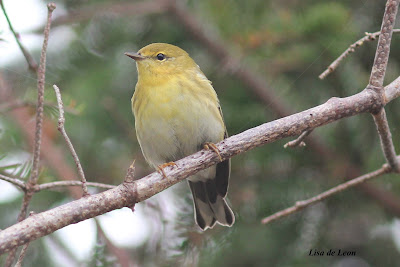 It is time now to savour all the little birds in the woods. Soon, they will begin gathering and before you know it, they will lift off leaving us for warmer zones. They are probably wondering why they ever chose to spend a summer in the North Atlantic. We had the coldest July ever recorded...bad for birds and bad for birders. 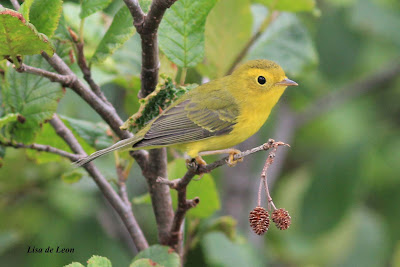 Yesterday, with gentle winds and plenty of time, I strolled down some trails and enjoyed every appearance of each little bird that greeted me. 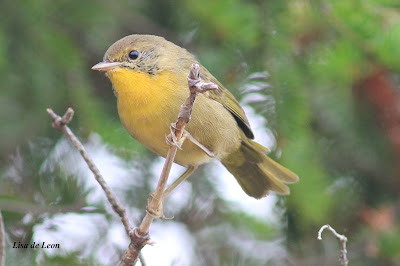 Yellow was the predominant color of the birds that showed up. Some were bright yellow and others were pale shades. 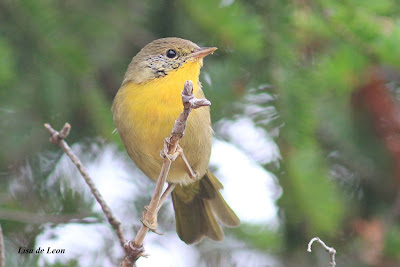 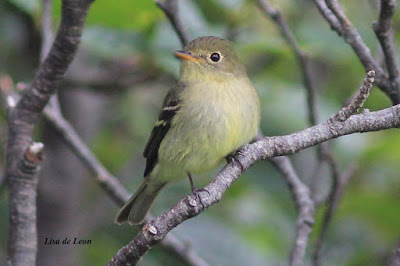 There has been some cutting along the power lines. It was there I chose to walk, and it proved to be a good choice. 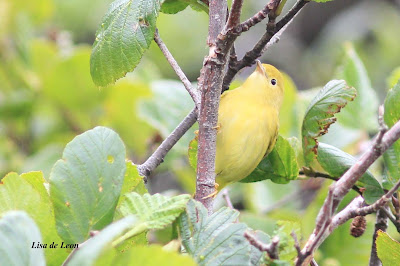 The Yellow Warbler which has been so prevalent during the summer seems to be getting scarce now. 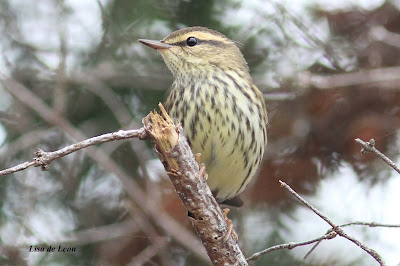 Persistently present and easily found by its song or chip, the Northern Waterthrush has been everywhere this summer. 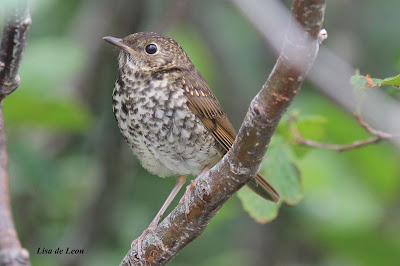 When a thrush pops out, it is a little more exciting because of the need to get a good look (in the absence of song) to get an accurate ID. The possibilities are: Hermit Thrush, Gray-cheeked Thrush, or Swainson's Thrush are the most likely possibilities. 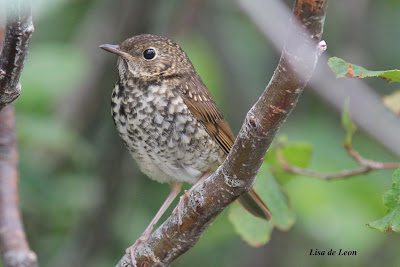 The most common is the Hermit Thrush which is what this one turned out to be. Its head and body was a particularly dark brown, but its red tail left no doubt about its ID. 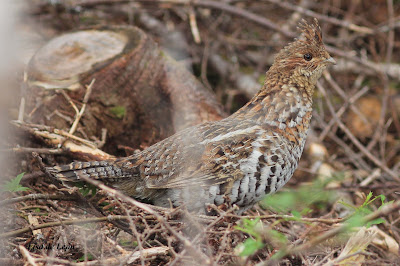 This Ruffed Grouse was standing in the middle of the road when I first saw it. Then, from the side, a tiny little grouse scurried along behind it. At one point, I saw the little on on a low branch, but it wasn't possible to get a picture. 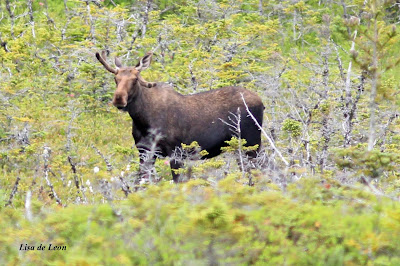 Off in a distant field, there was another moose. I have seen so many this year, more than ever. This, I think, is #5. Never a dull moment in the woods!
Posted by Lisa de Leon at 8:20 AM