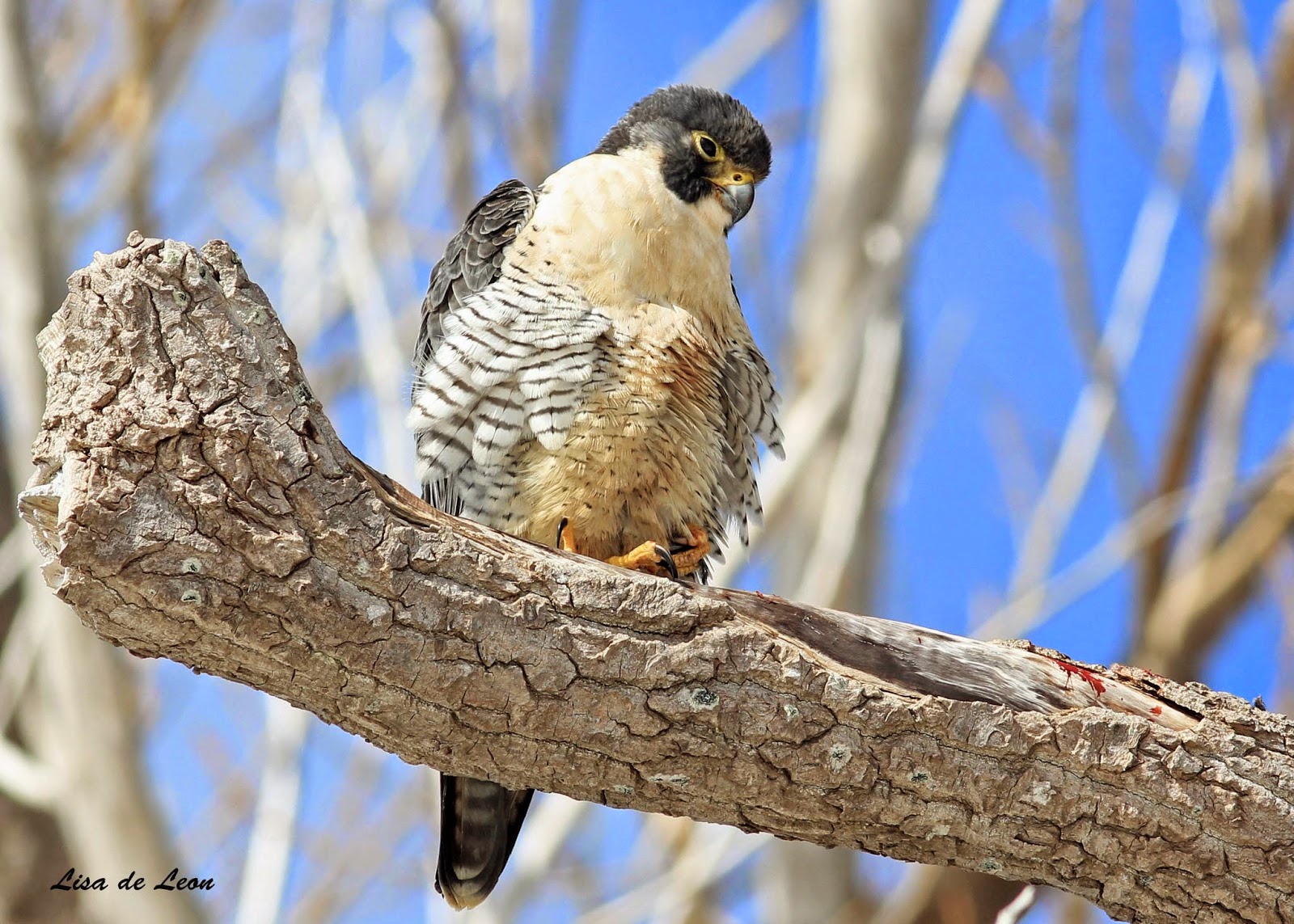 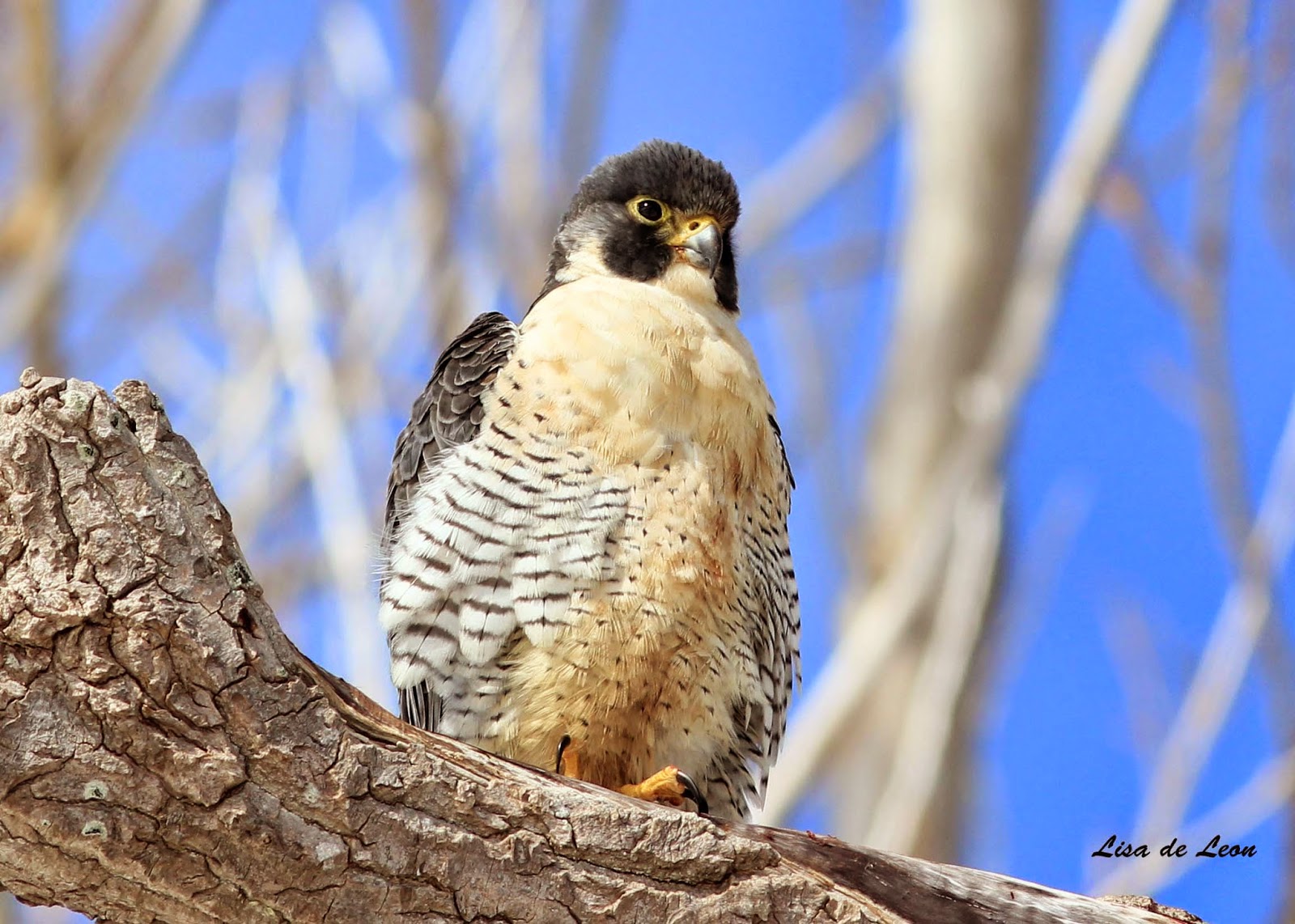 Having not seen it for quite some time and having a good day at hand, I stopped right away when I saw him sitting in the tree. 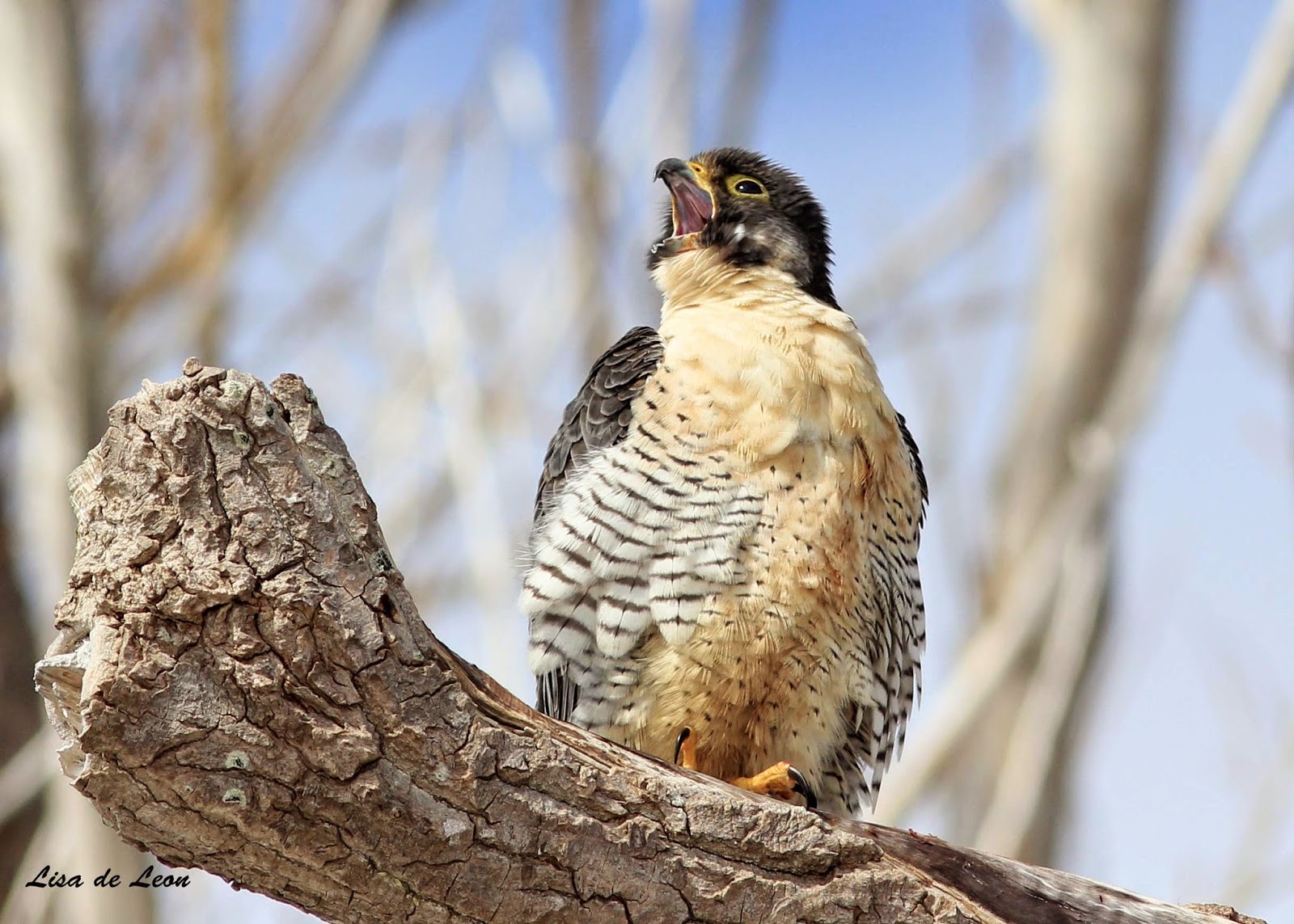 The first image shows clear evidence of a meal having taken place on this branch. However, it probably was not on this day. There are remnants of red remaining on his breast feather; however, probably not fresh. 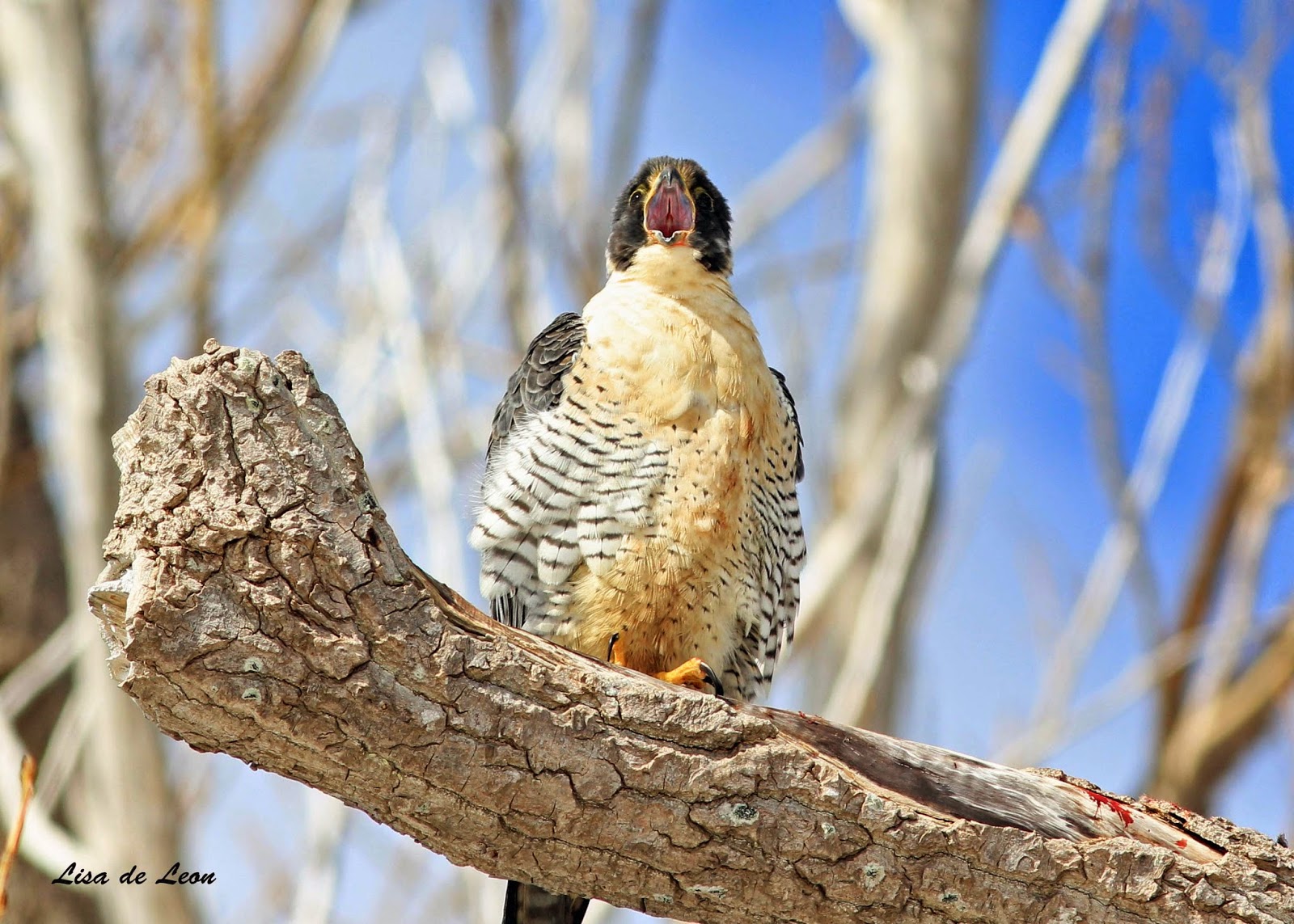 Nevertheless, he showed clear signs of having eaten and preparing for a nap. 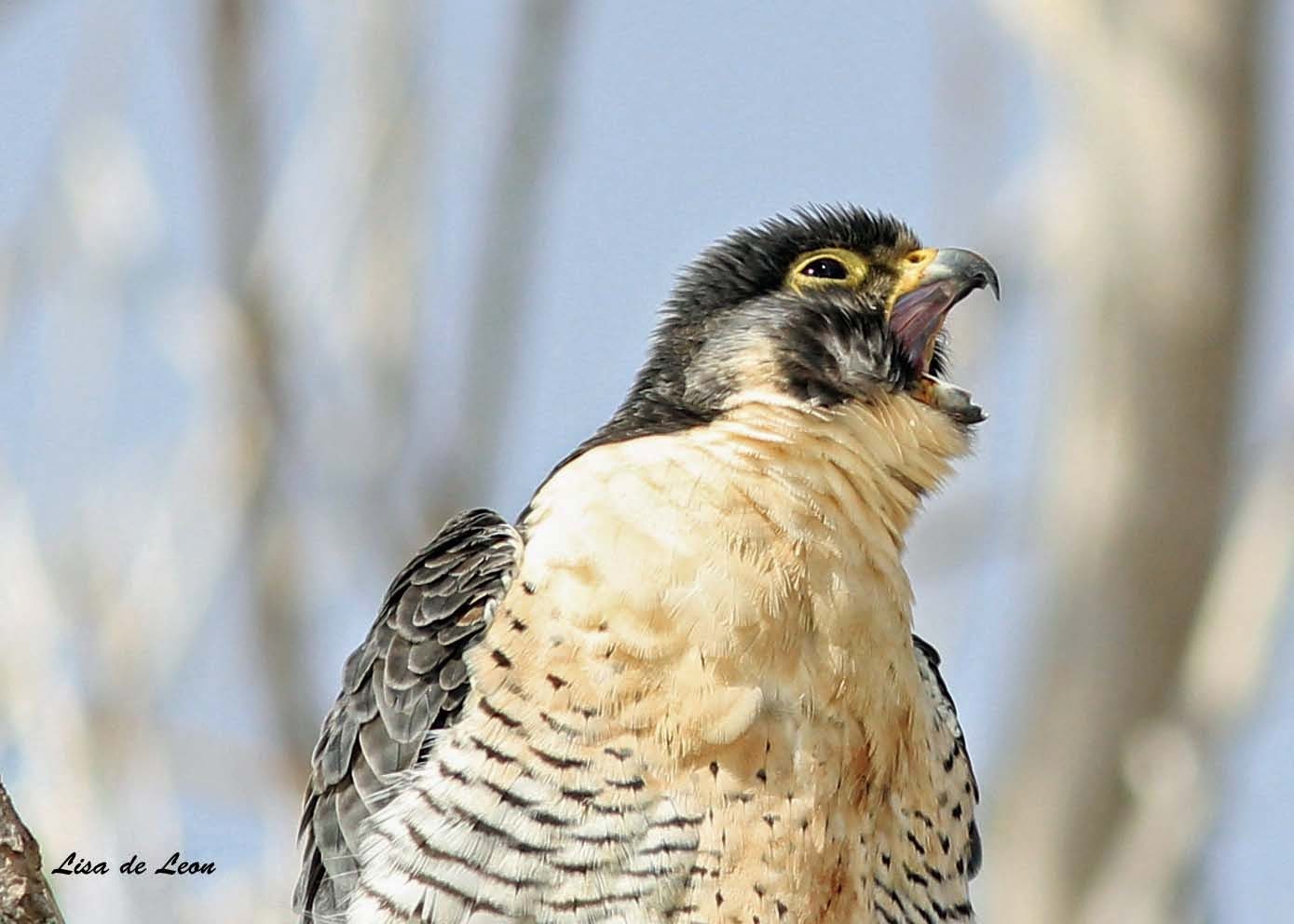 When he first began to open his mouth, I thought he might be talking. Not a sound came out. He had to be yawning. 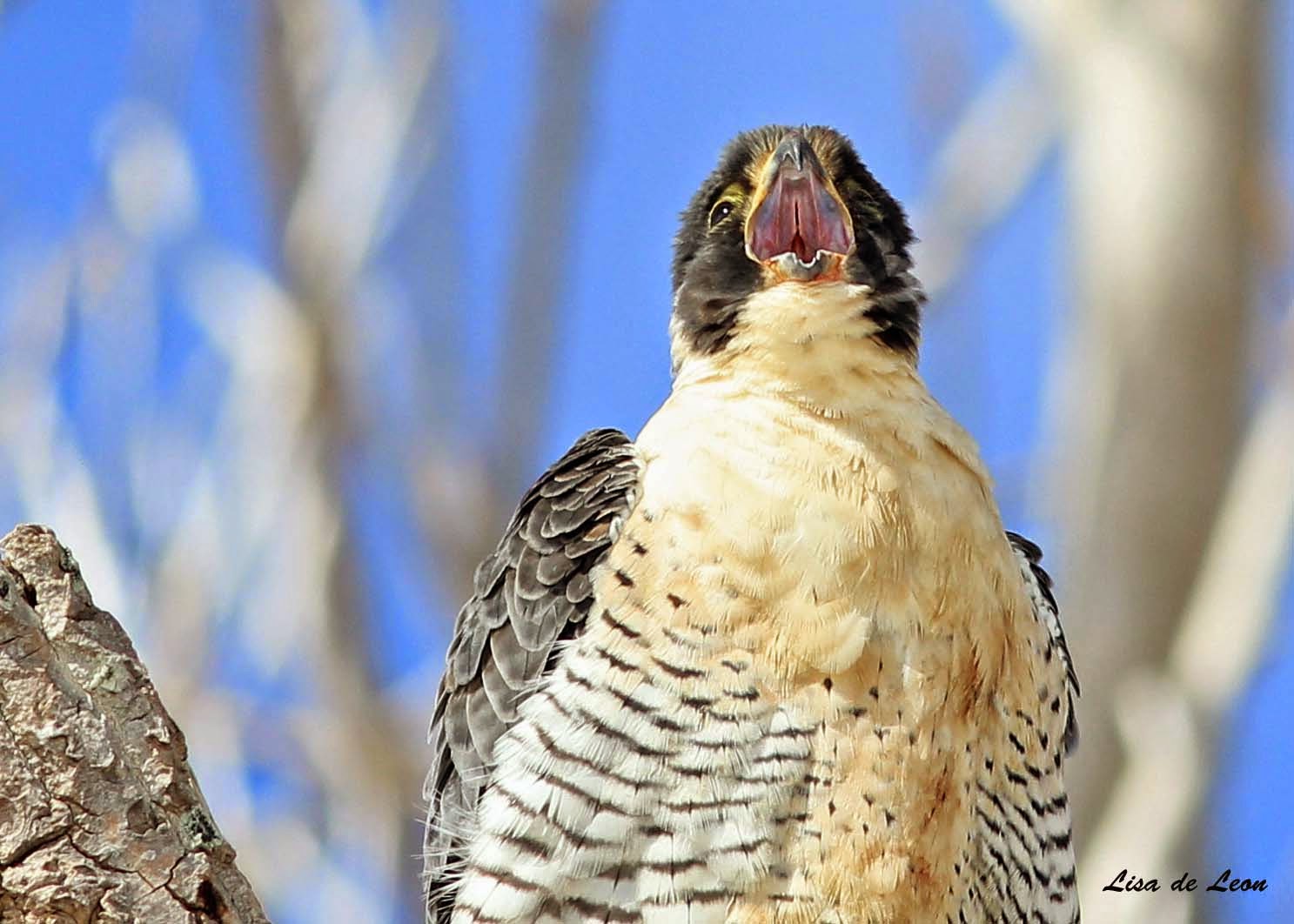 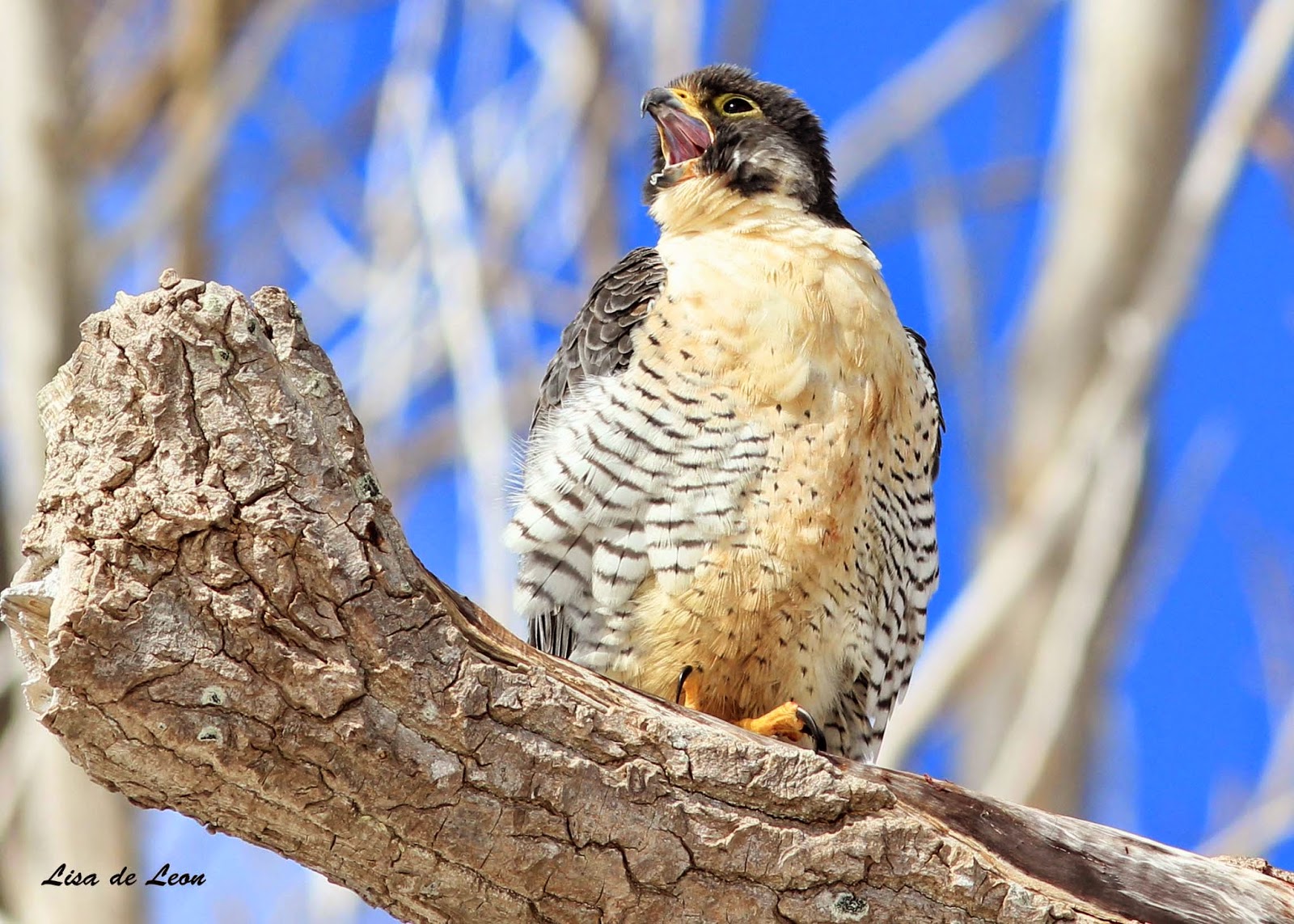 Then, he began some activity with his feet. Maybe checking for leftovers. Look at the long, sharp claw seemingly extending from one of his claws. Deadly! 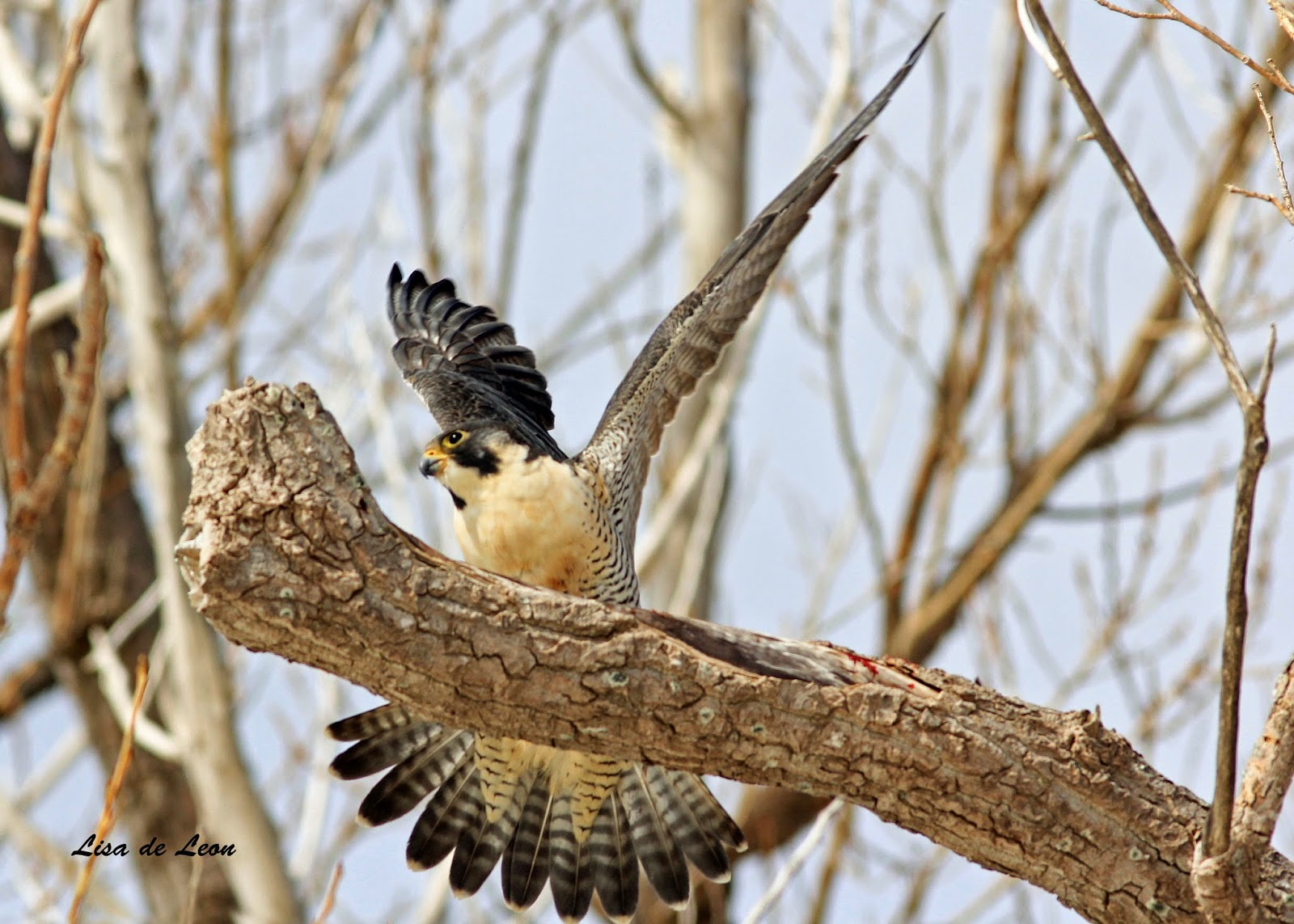 Then, without notice, he lifted off. In a flash, he was gone toward the cemetery, then over the top of Dominion and then disappeared in the direction of Winter Avenue. What a great encounter!
Posted by Lisa de Leon at 7:37 AM