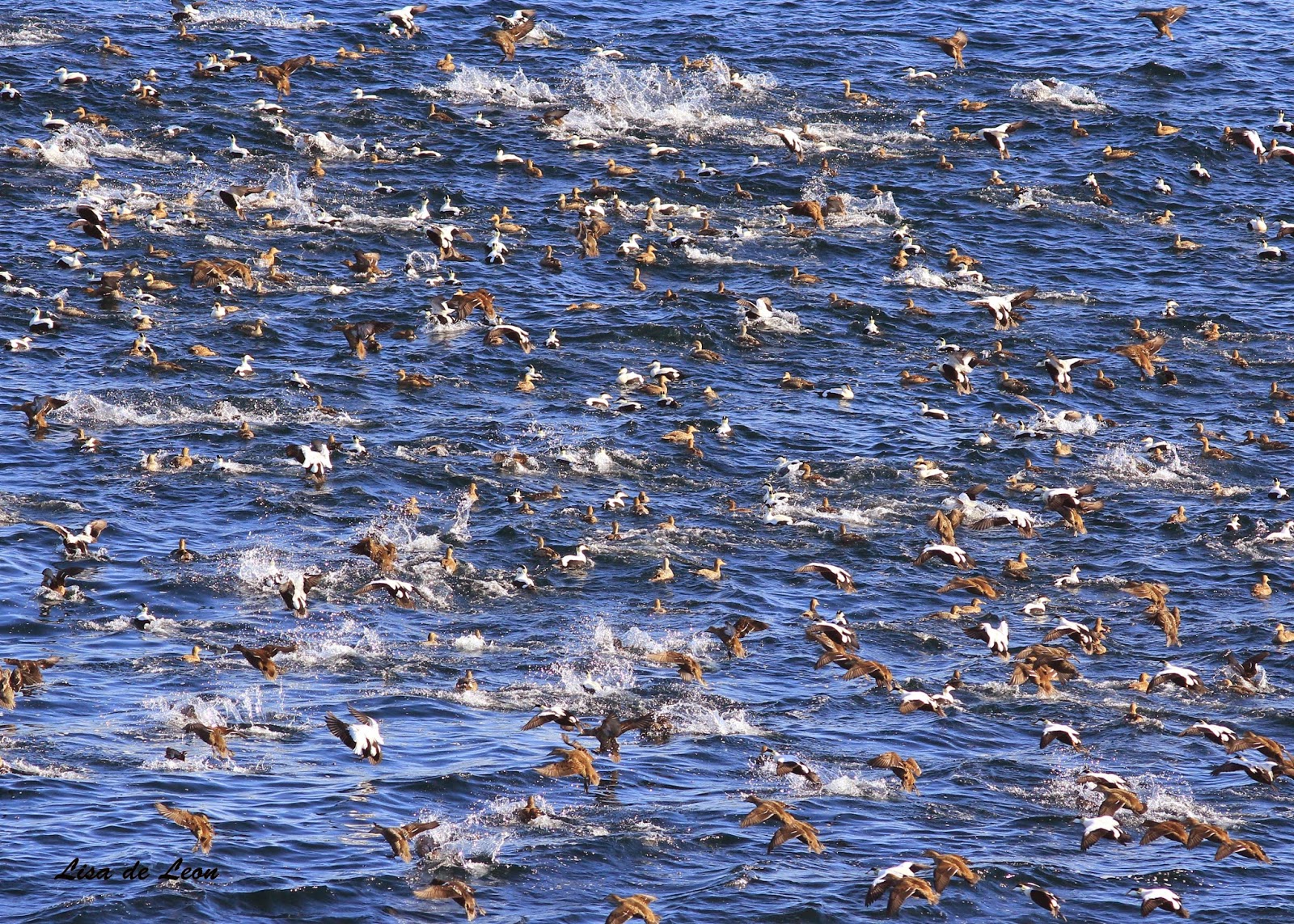 Who can resist a semi-warm, sunny, windless day to go to Cape Spear? I certainly can't. When I arrived, I spotted a massive raft of eider in the distance... probably 3000. I stood and admired the scenery and wished them closer. Well, they came. 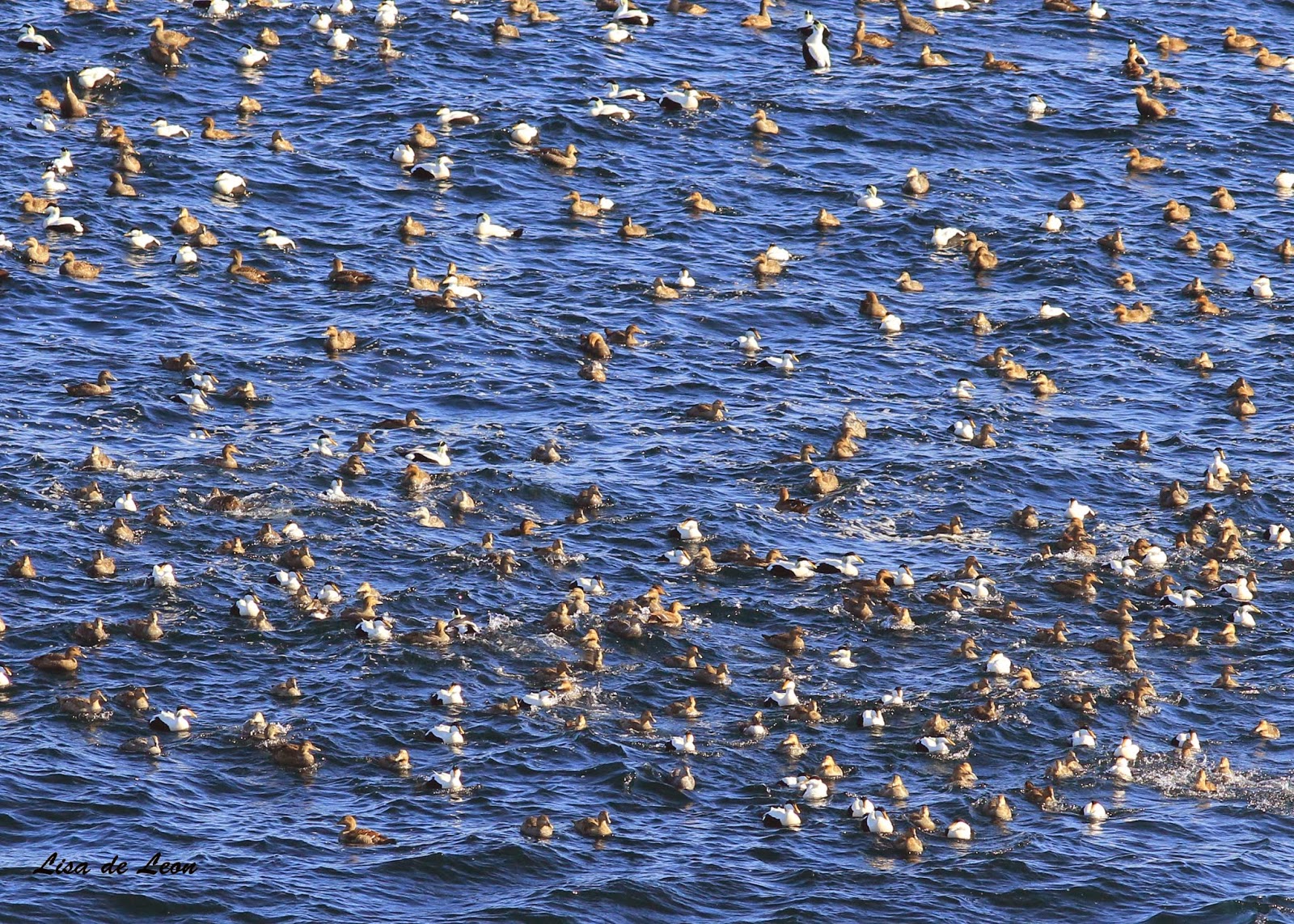 At least 1000 headed straight toward me and flew into the shoreline below the lookout. It was amazing to see them splash down. Once they landed, they sat on the water for a few minutes as if to check if it were safe to stay. 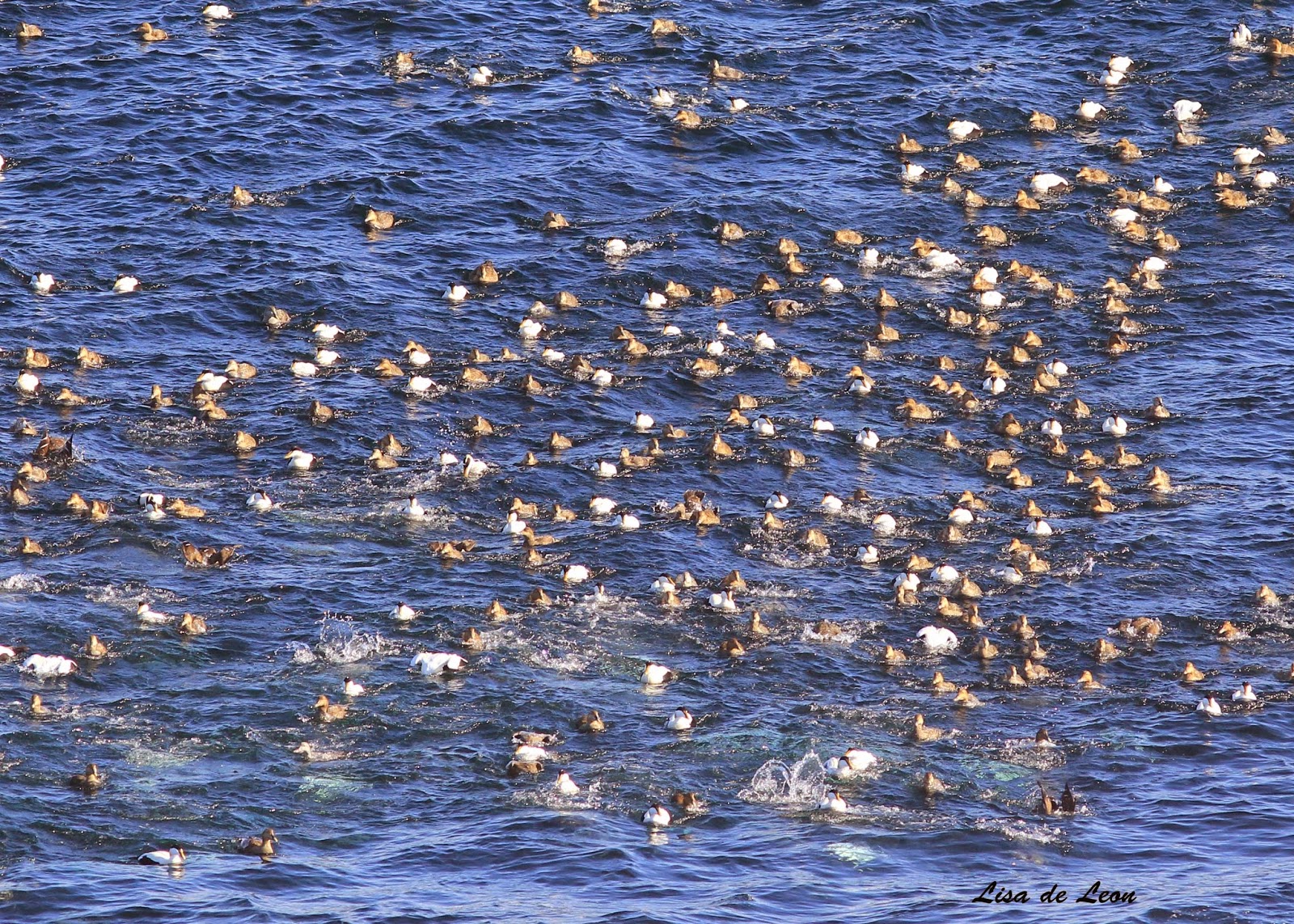 Then, the diving began. They were down, up, down again and feeding like there was no tomorrow. 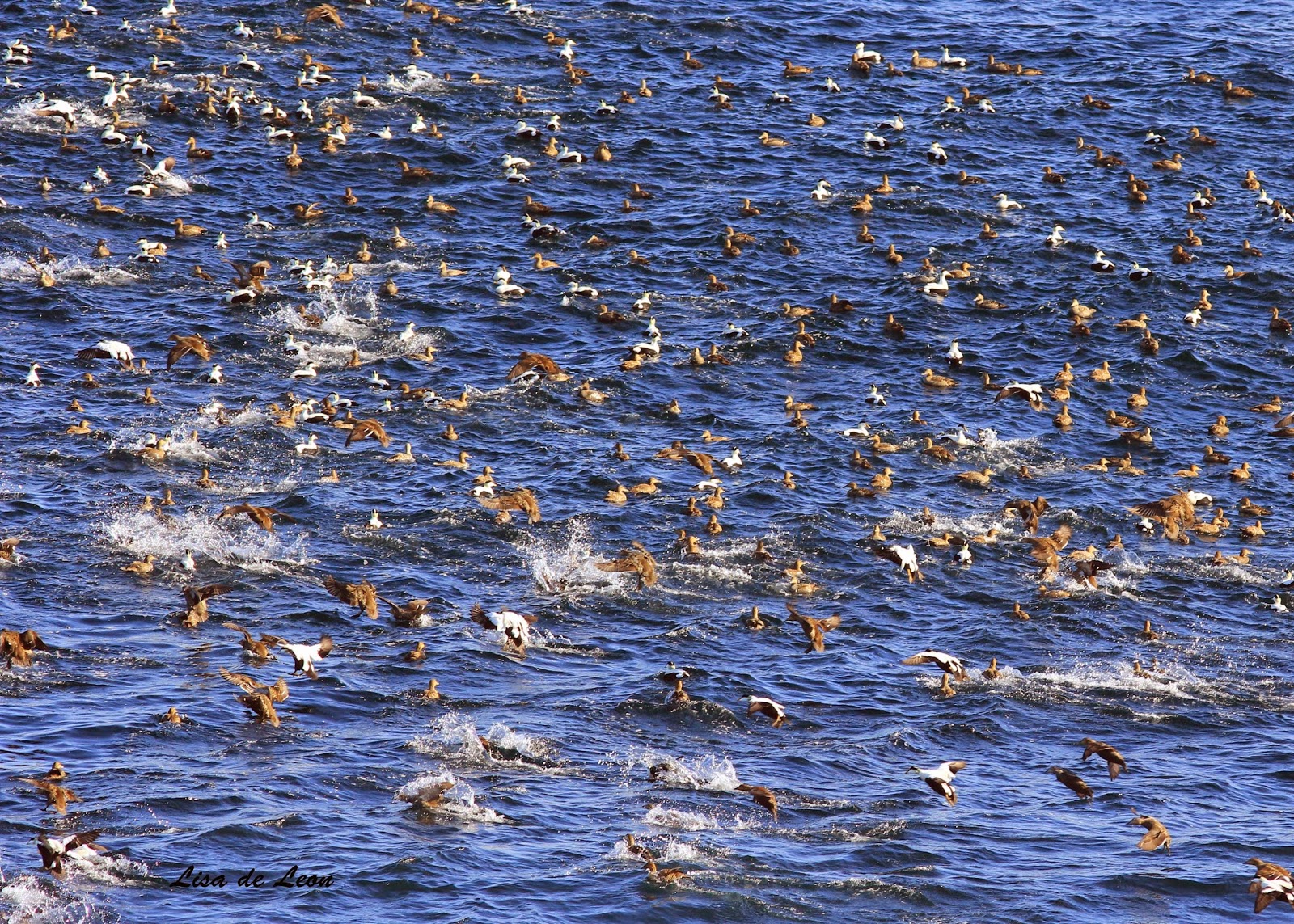 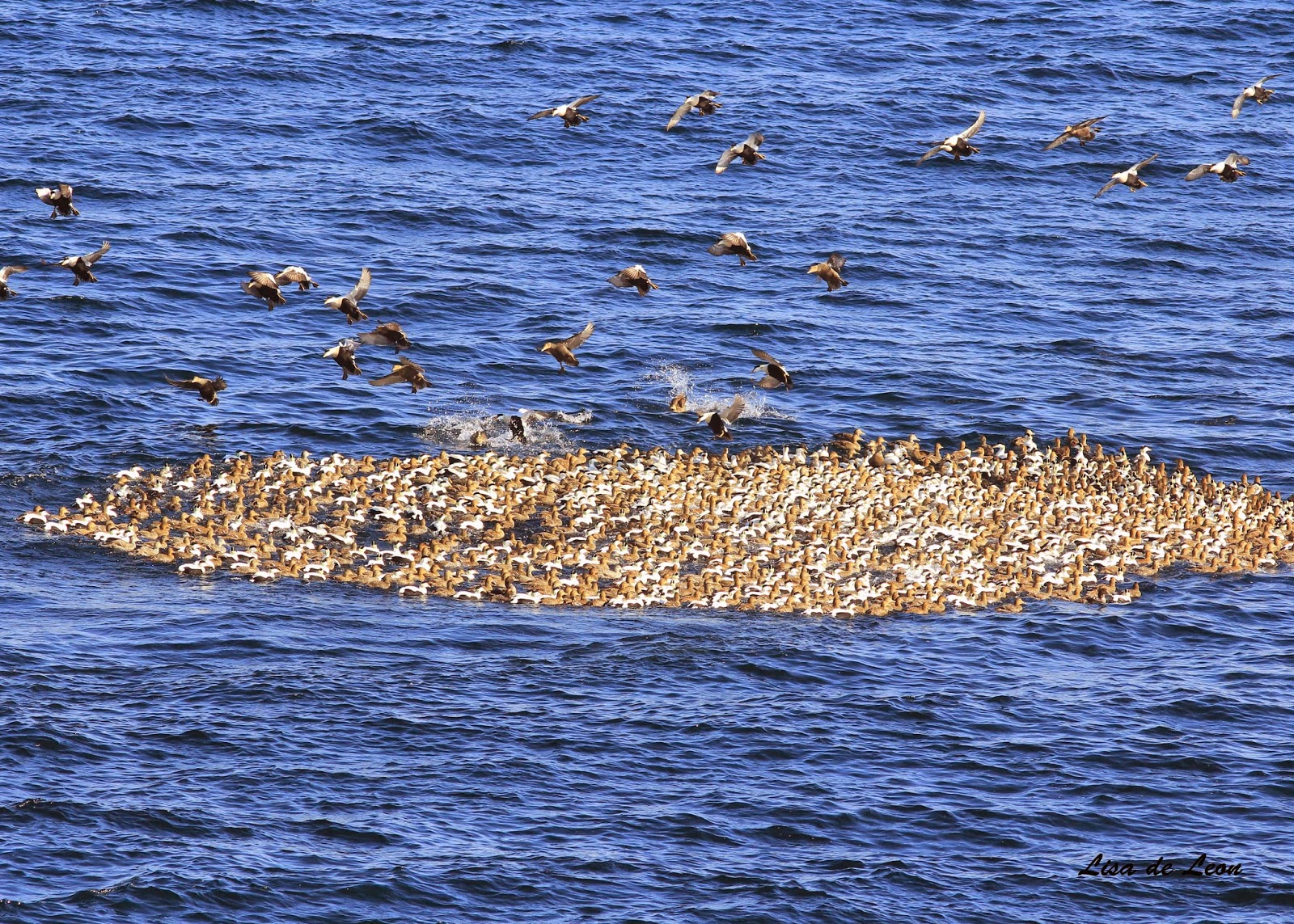 I have never seen that before. What a flurry of activity! 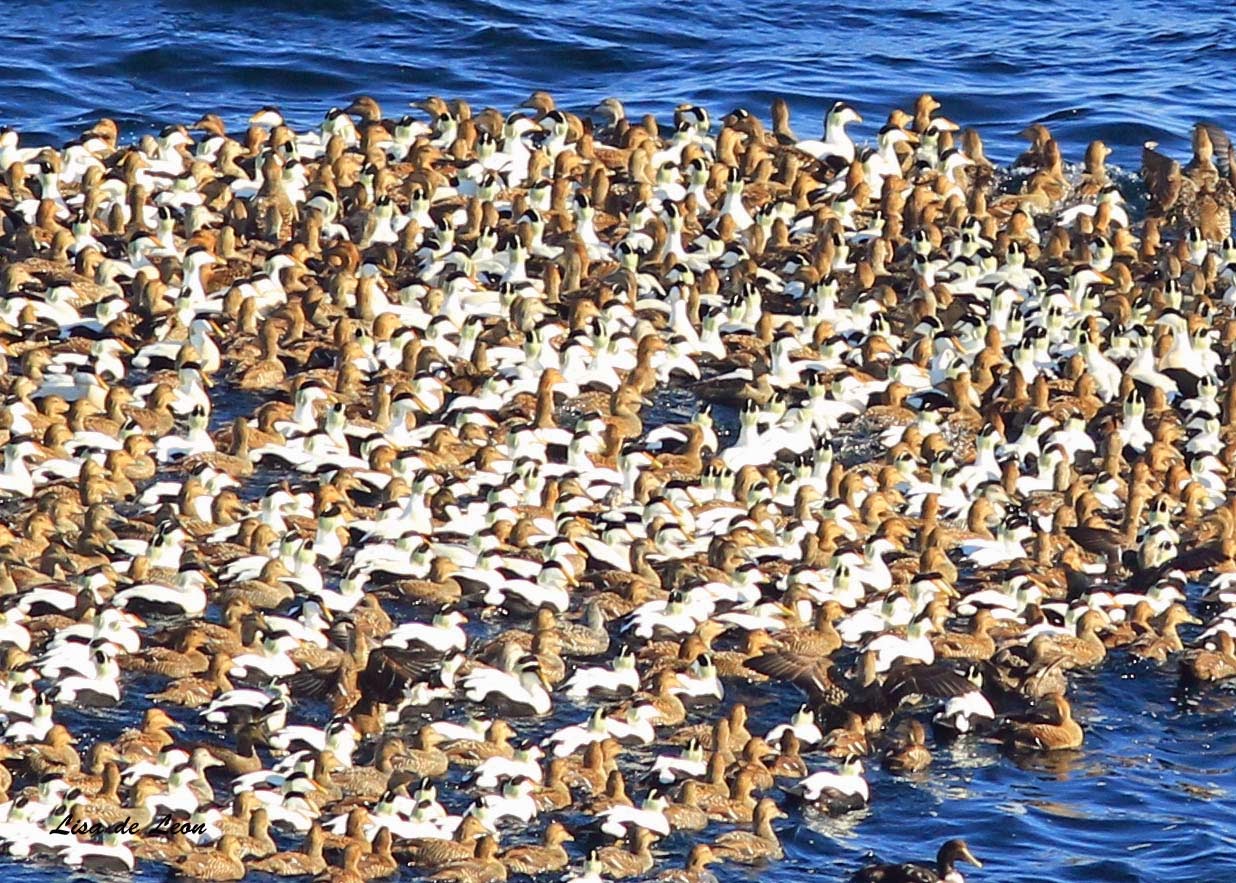 Then, as suddenly as they flew in and began the feeding frenzy, they all grouped together. I have never seen them get in such a tight formation.  I had ample time to look them over when they were so close, and I was surprised to find not one single male King Eider among them. There had been plenty only a couple of weeks ago. 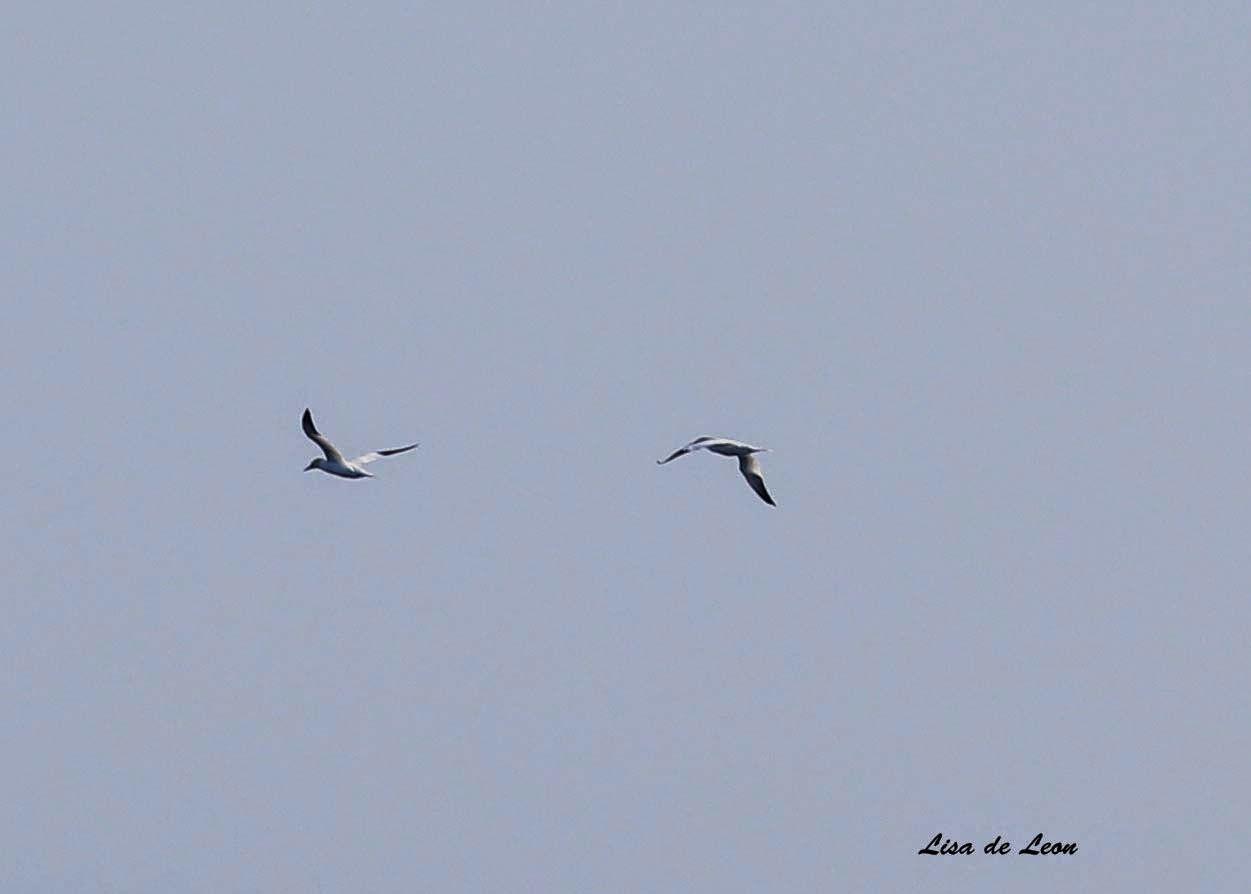 I was so into watching the eider that I almost missed the only two Northern Gannets that flew by during my stay. Time and time again, I feel absolutely uplifted when I witness something new and as exciting as the feeding raft of Common Eider. 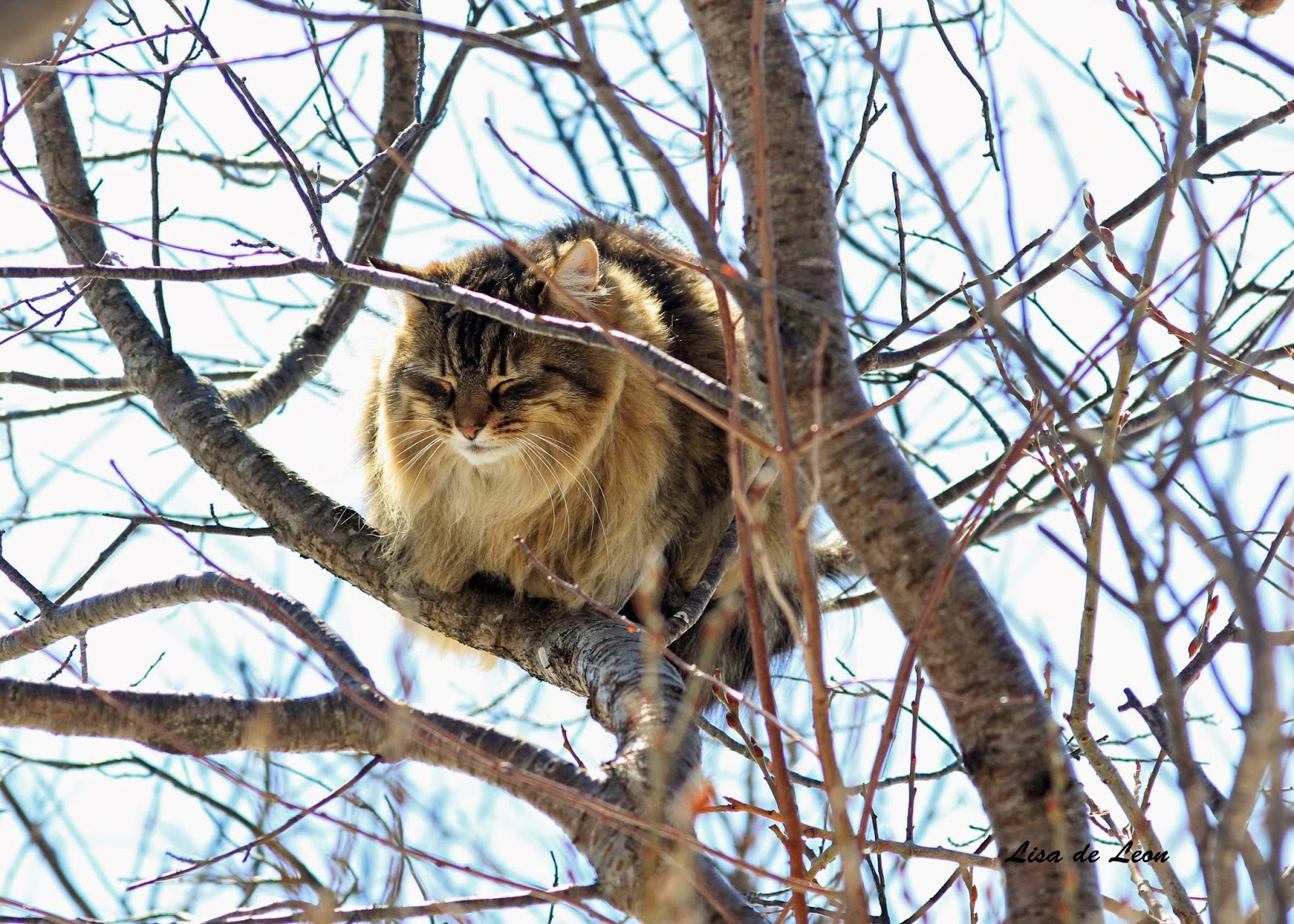 On my way home I checked Cuckolds Cove and QV Village hoping to happen upon something else special. I wondered why there were no small birds at the feeders in Quidi Vidi until I spotted this well-fed looking feline resting high in the tree. It didn't look at all concerned about how to get down.
Posted by Lisa de Leon at 3:17 PM