Ross's Gull Lights Up a Dreary Day on the Avalon 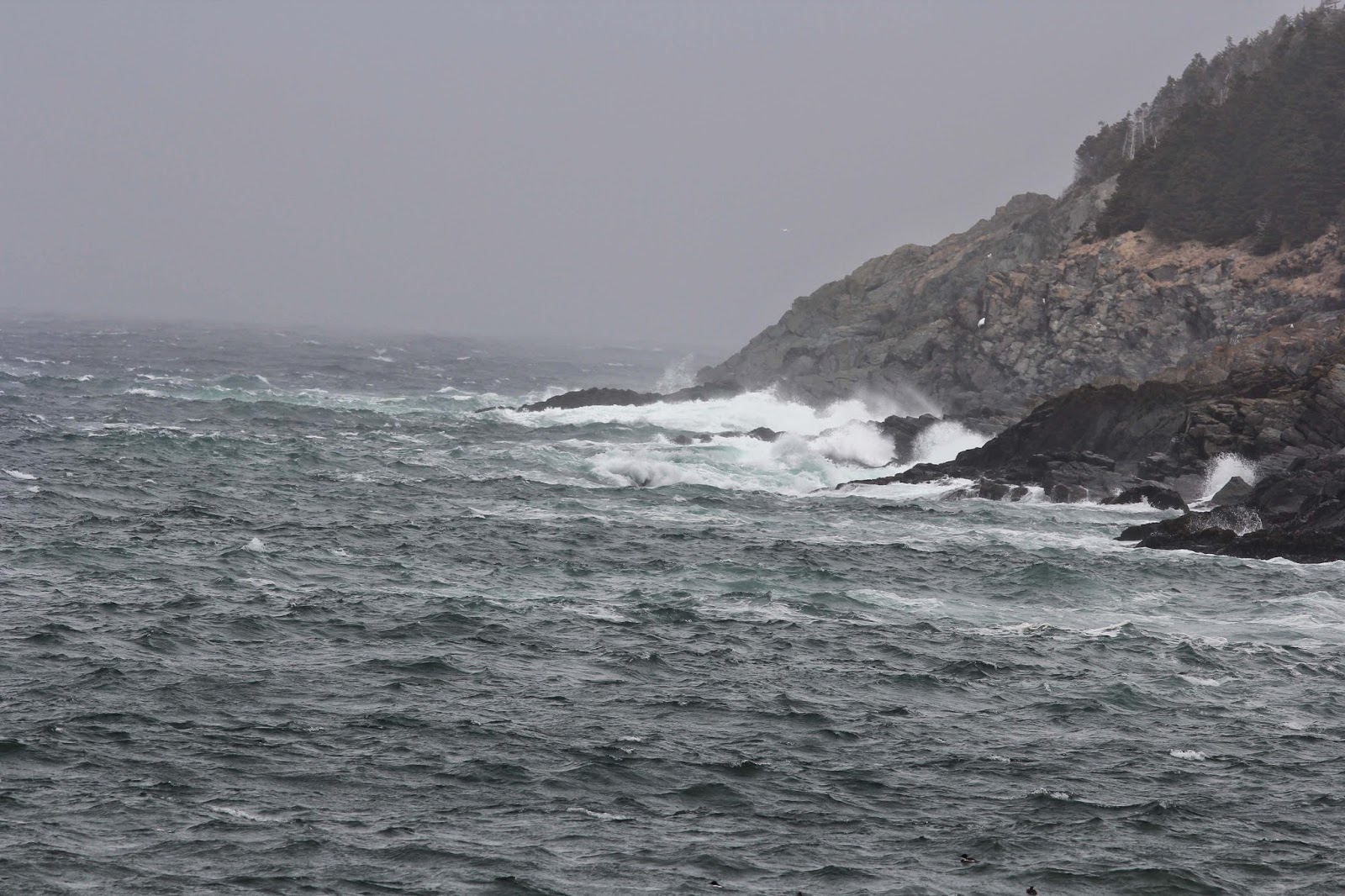 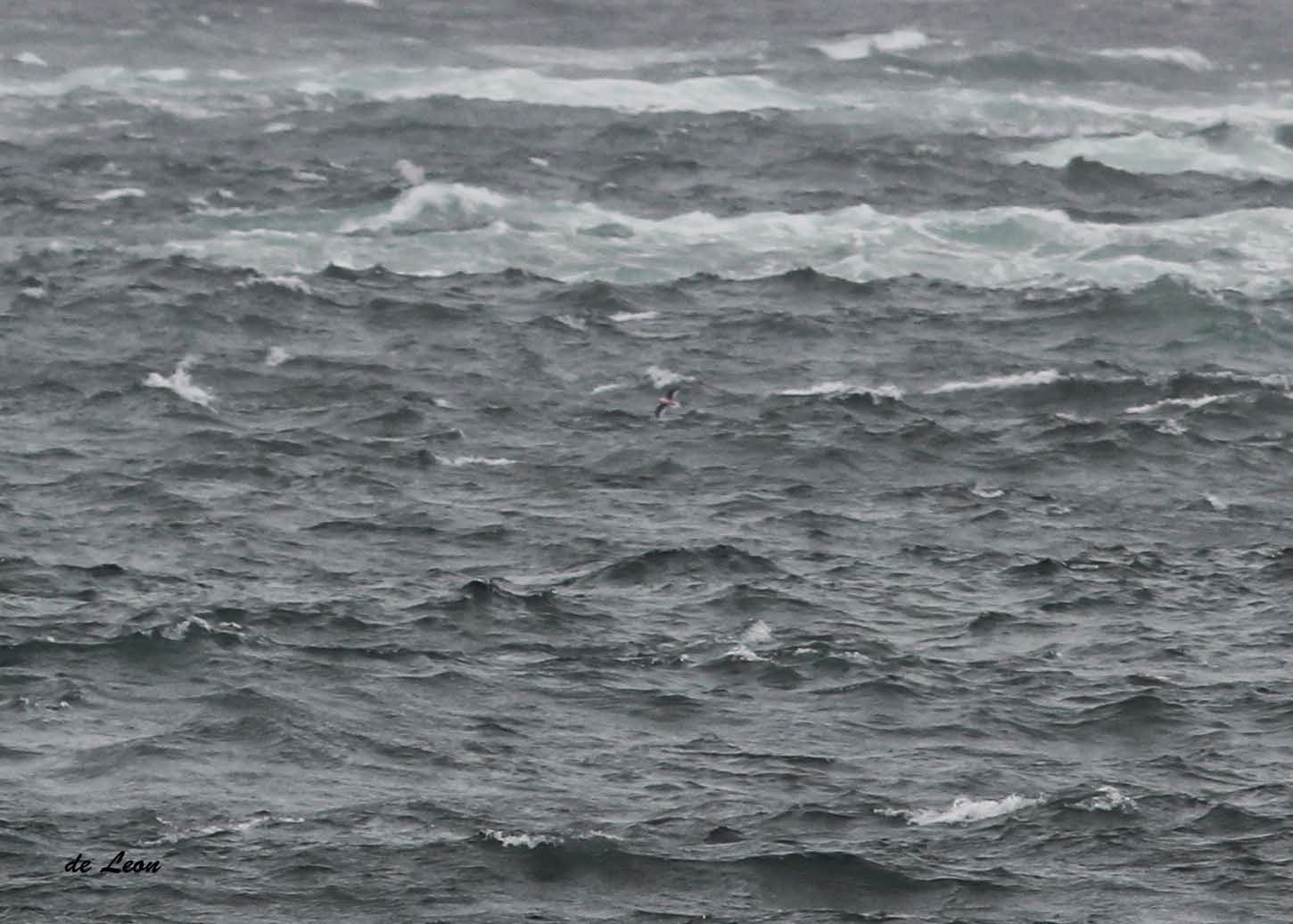 It was around 2:30 yesterday when I got the first text: "Ross's Gull in Torbay. Go now. It won't stay." Text style by Alvan Buckley was reminiscent of the days of the telegram. Like any important telegram, it sent me scurrying out the door.
When I arrived in Torbay, I was the fourth car in line to see the Ross's. First shot shows the distance involved in trying to see this bird.

I was able to get one record shot from this distance, but was not really satisfied with that. Had to make a move to see the bird better. 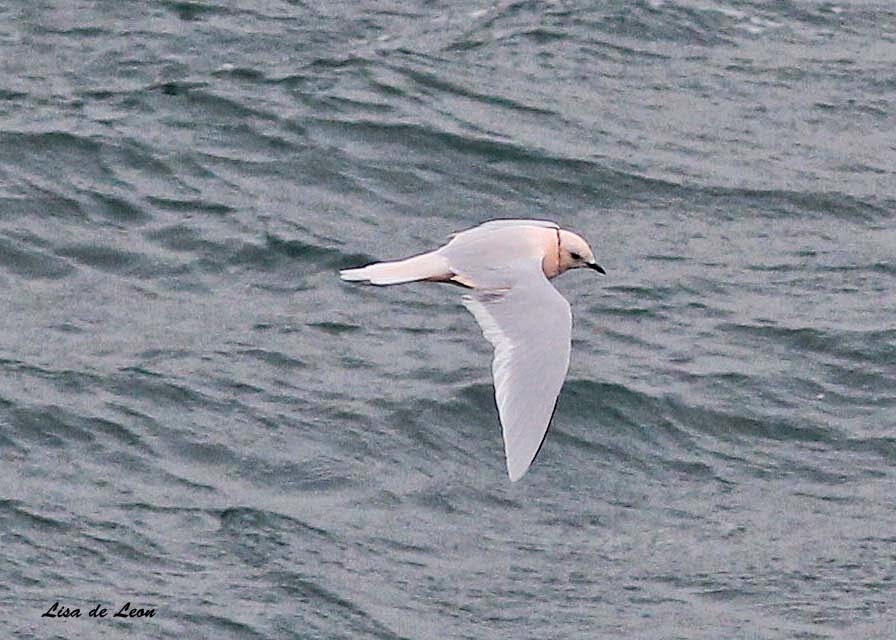 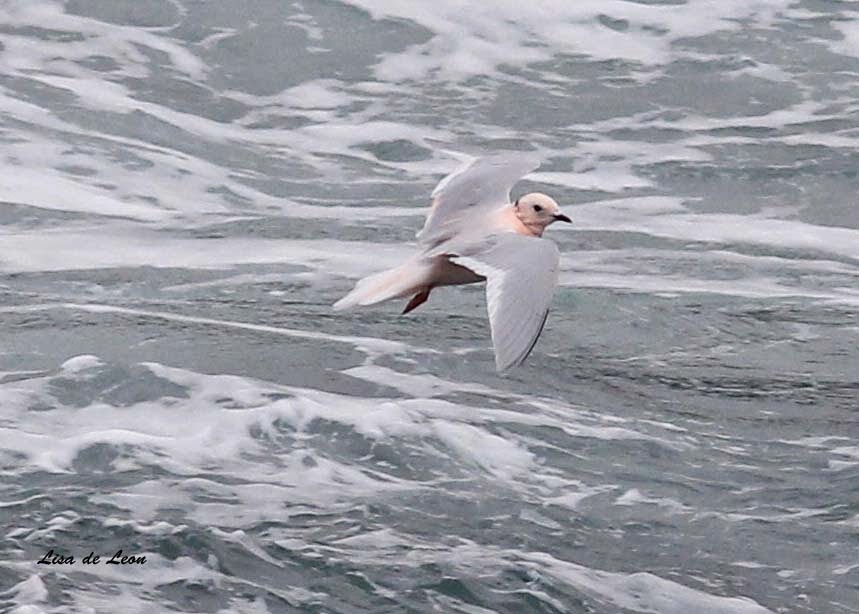 Here is a timeline of events as I experienced them. 11:00 a.m. - Ed Hayden found the bird on the beach in Torbay. In the early afternoon, he posted his find on the Discussion Group. While he wasn't sure of the ID, he described it so well that Bruce Mactavish, suspected it was a Ross's Gull. This set the birding world on fire! 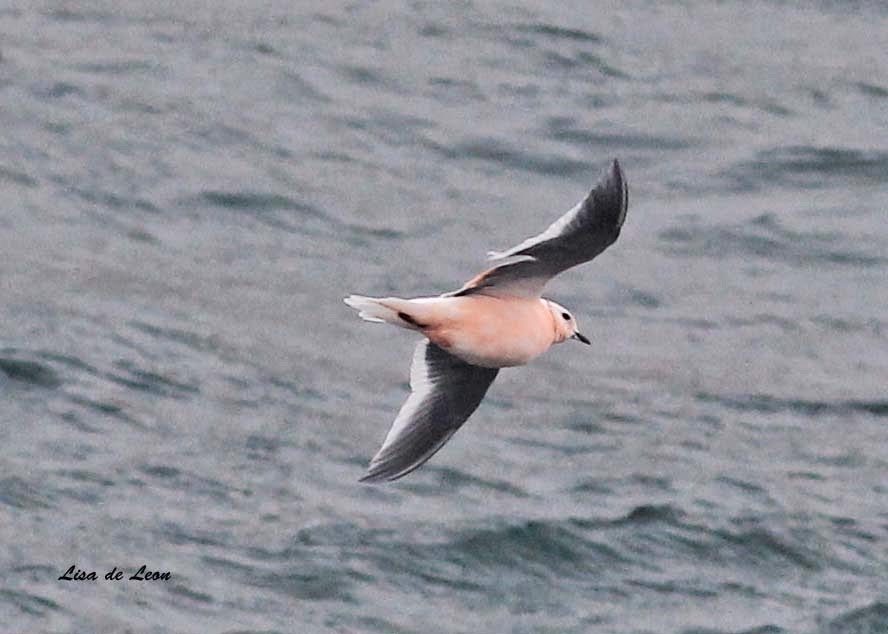 Alvan Buckley began sending messages, and birders began to gather at Torbay Beach. Thank goodness for the many who shared their scopes so we all could get a glimpse of the endangered, rare species. 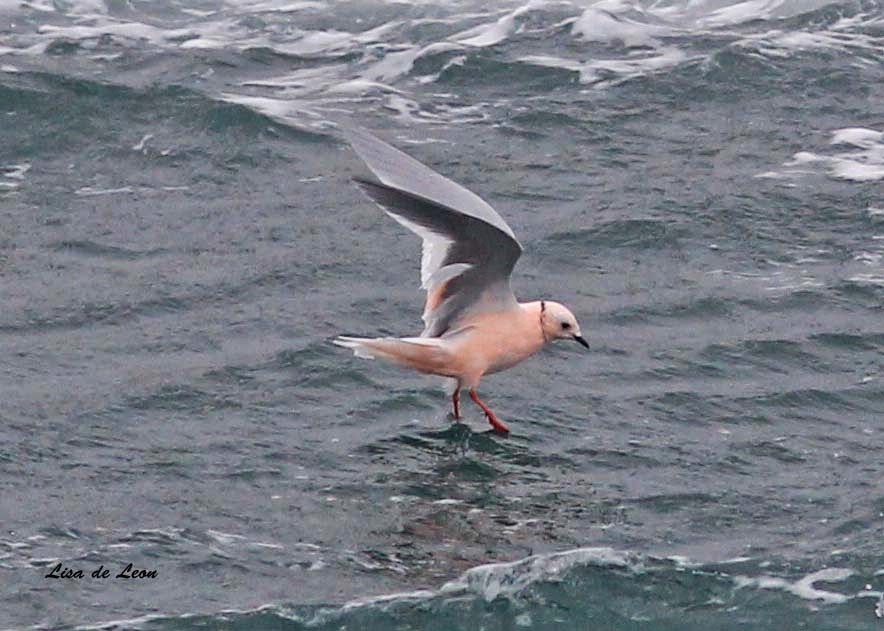 Around 3:30, Lancy Chang and Ed Hayden led the way to the path to the point shown in the first picture. Down we went. 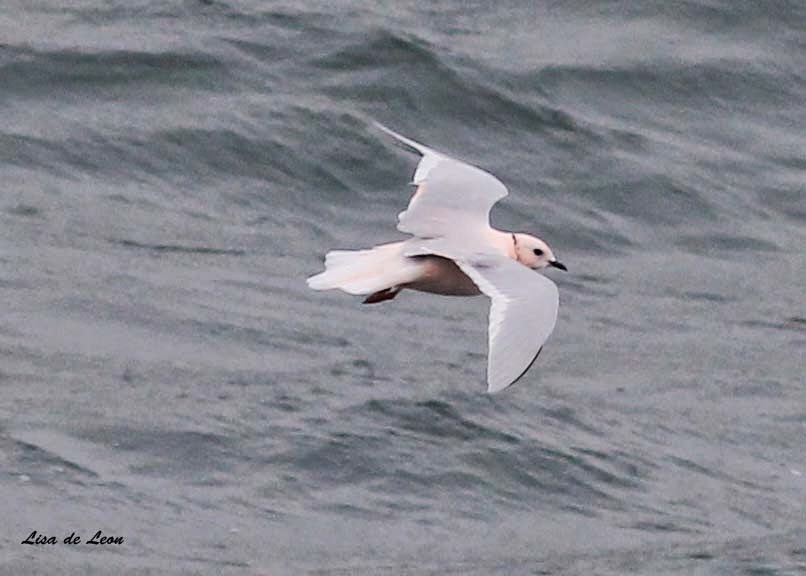 The route through the field wasn't bad; the tangle through the woods was a bit tricky; balancing on the wet rocks and seaweed amid the bitter NW winds was brutal....but worth it. 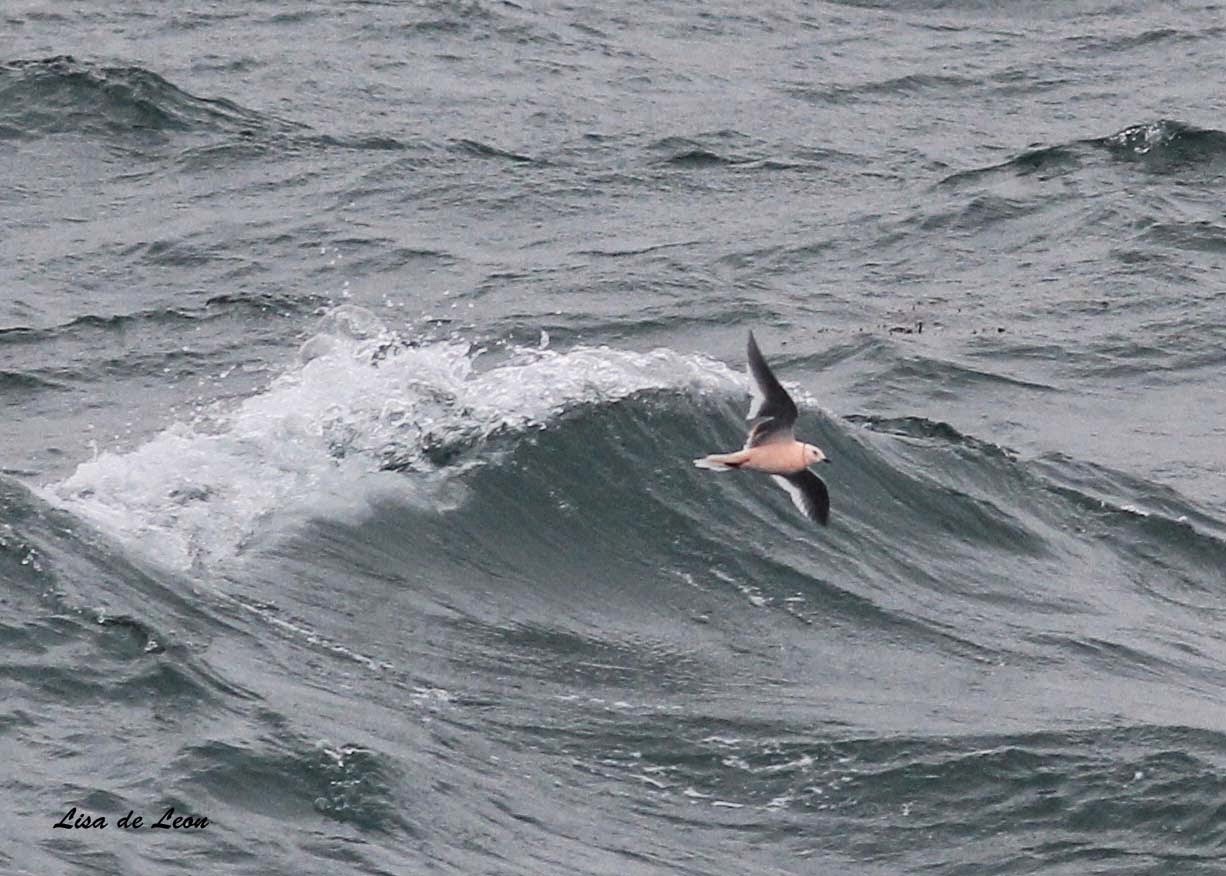 Within five minutes, Ed caught sight of the Ross's Gull, and we could see its amazing color even without binoculars. 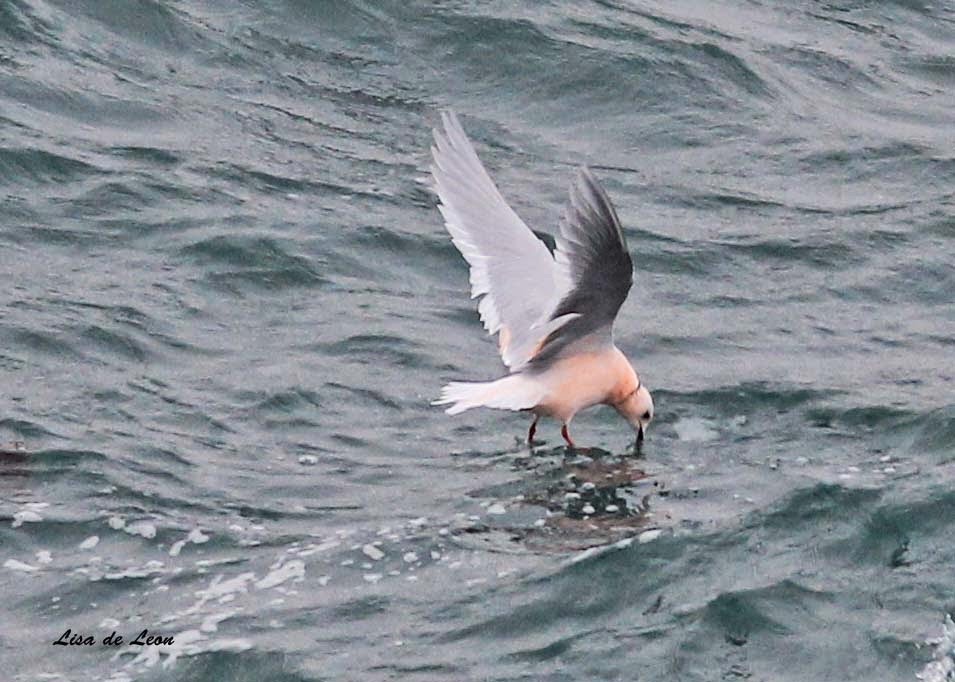 Phenomenal! It put on quite a show for us. The PINK was almost red! 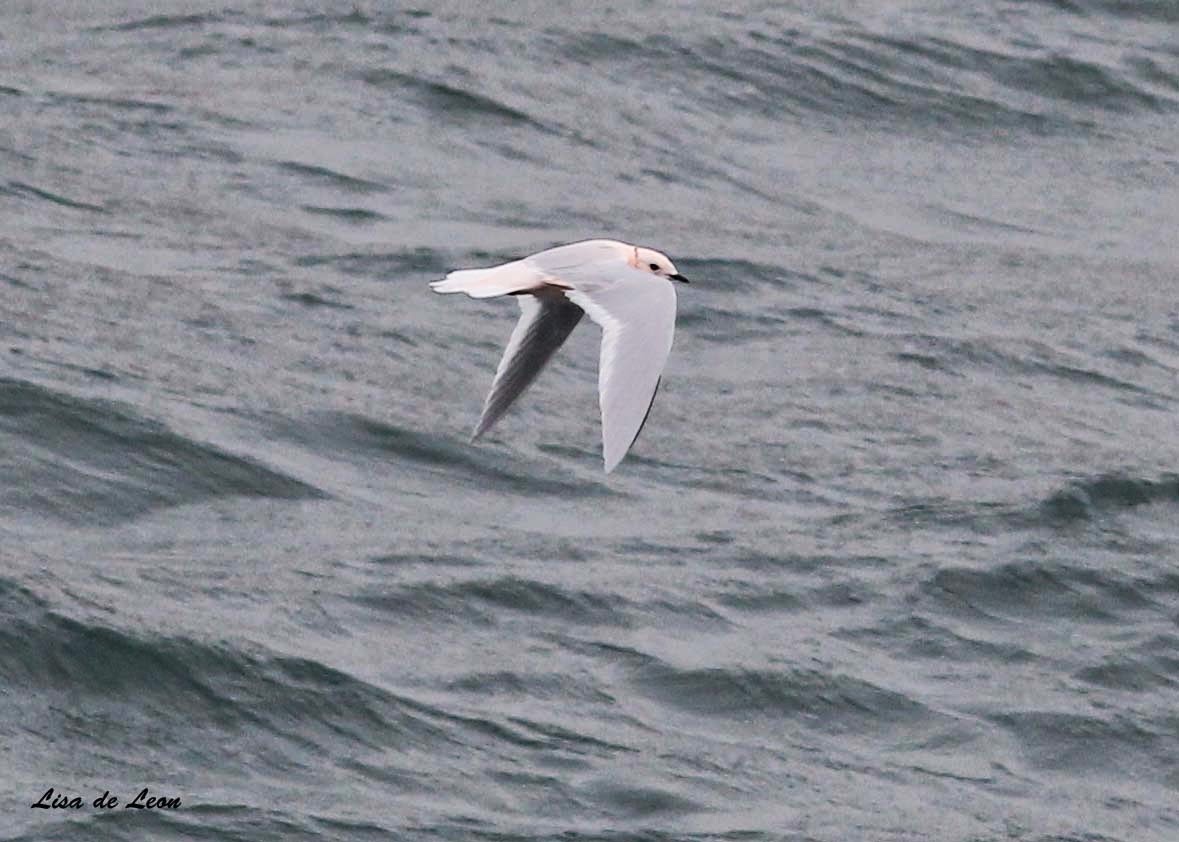 I selected a series of photos to best show the field marks of this great little gull. I should add that no color or lighting has been adjusted on these shots, only a little sharpening. 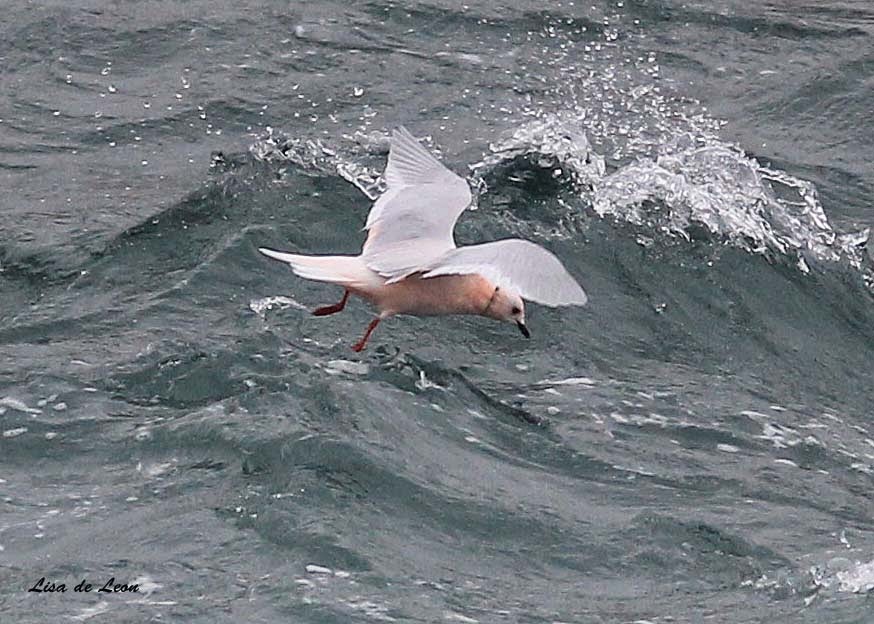 How exciting! I am only waiting out the morning rush hour before I go out to see if there is anything else out there this morning. I just saw two birds that looked like shorebirds fly over my house in Airport Heights. They seemed too small to be European Golden Plovers.
Posted by Lisa de Leon at 8:09 AM