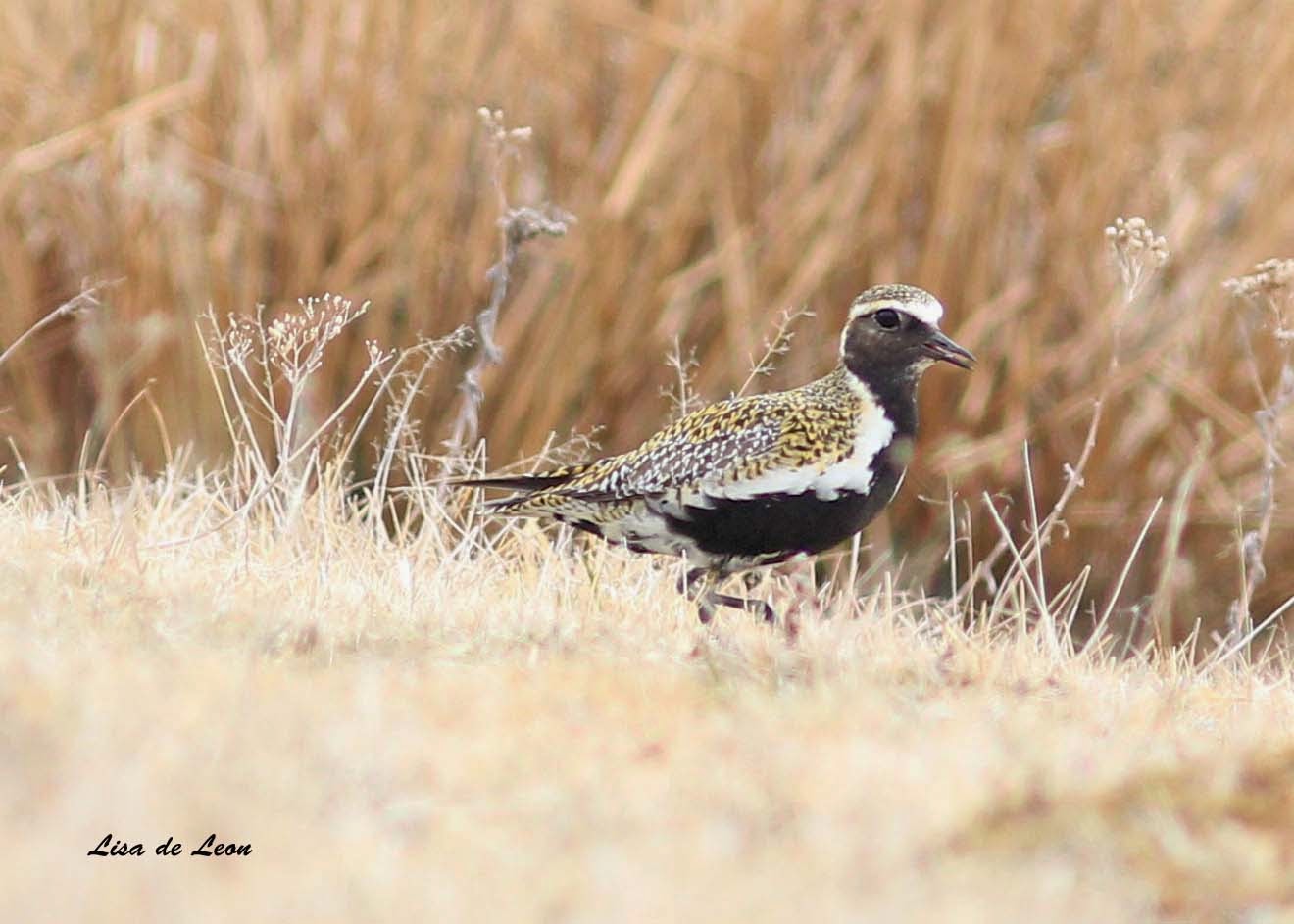 What a bonus! On the way to Renews to see the vagrant Black-tailed Godwit, Margie M. and I had a brief chat with Jared Clark. He told us of the presence of a European Golden Plover just 100 feet away from the godwits. 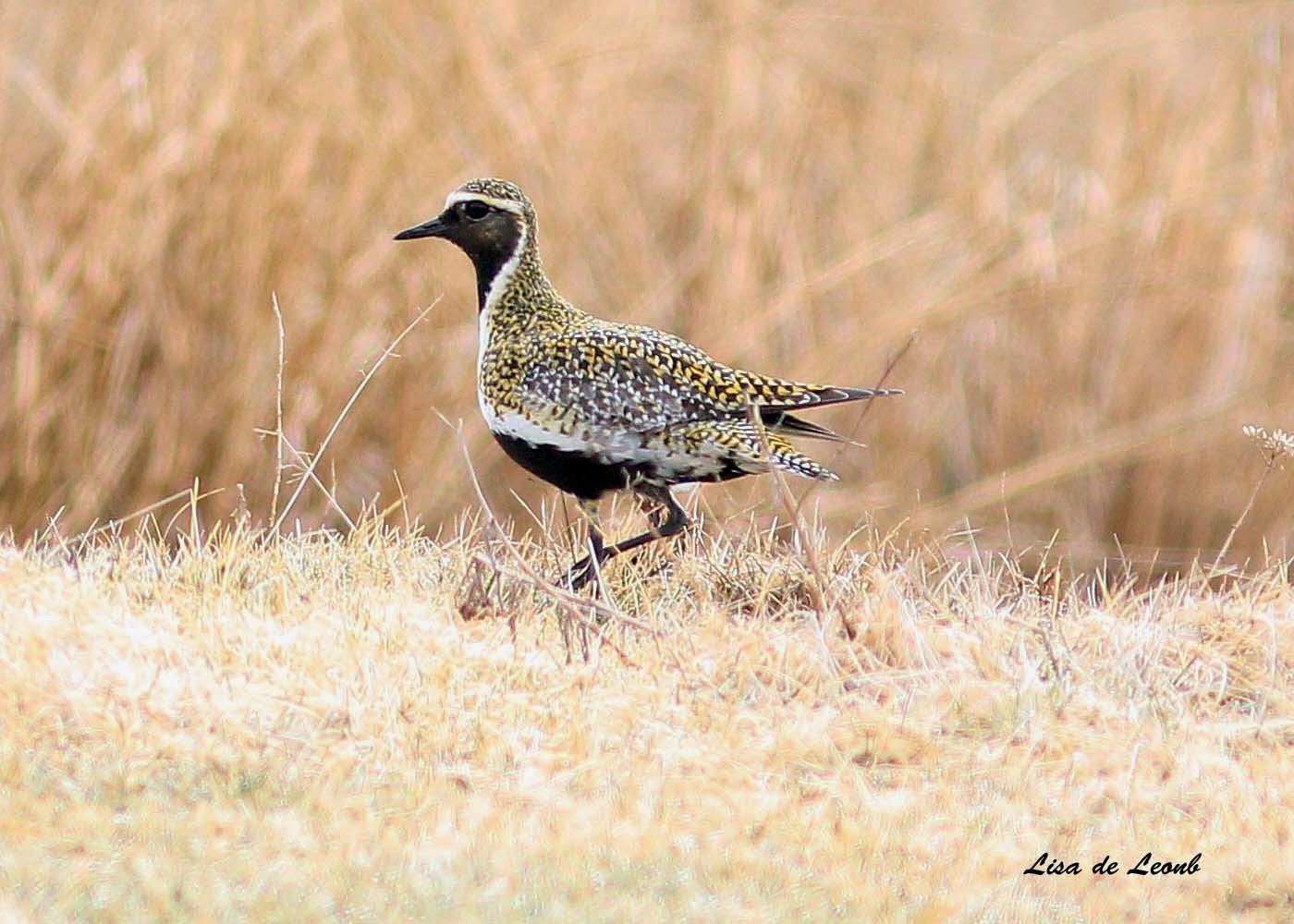 Wow! It had been four years since I had seen one. It was a b-line we made straight to Renews to try to catch a glimpse of the best European invasion I have seen since the Beatles. 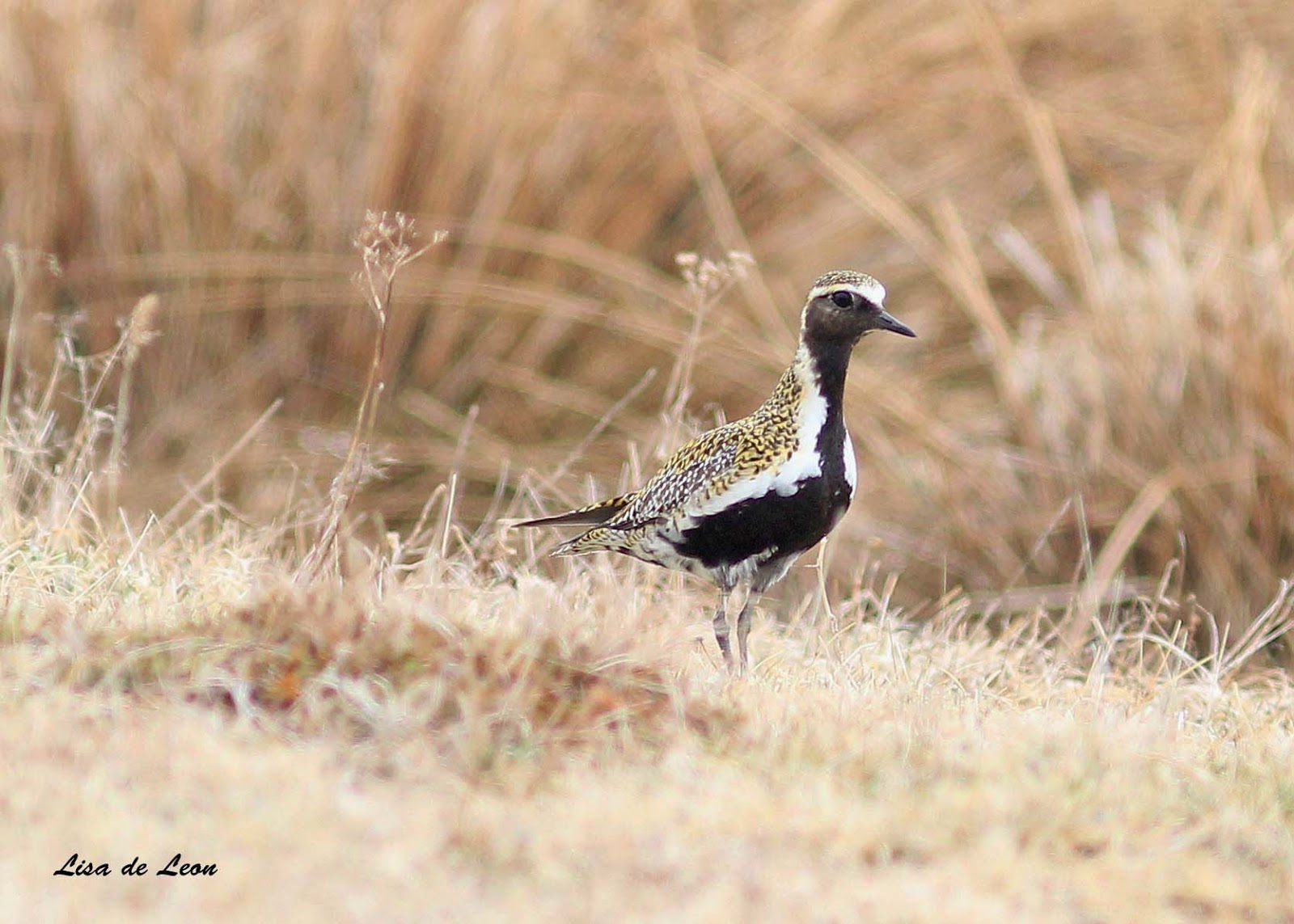 Spending ample time with the godwits, we headed up the hill and around the bend to find two birders with scopes trained on this lone European Golden Plover. 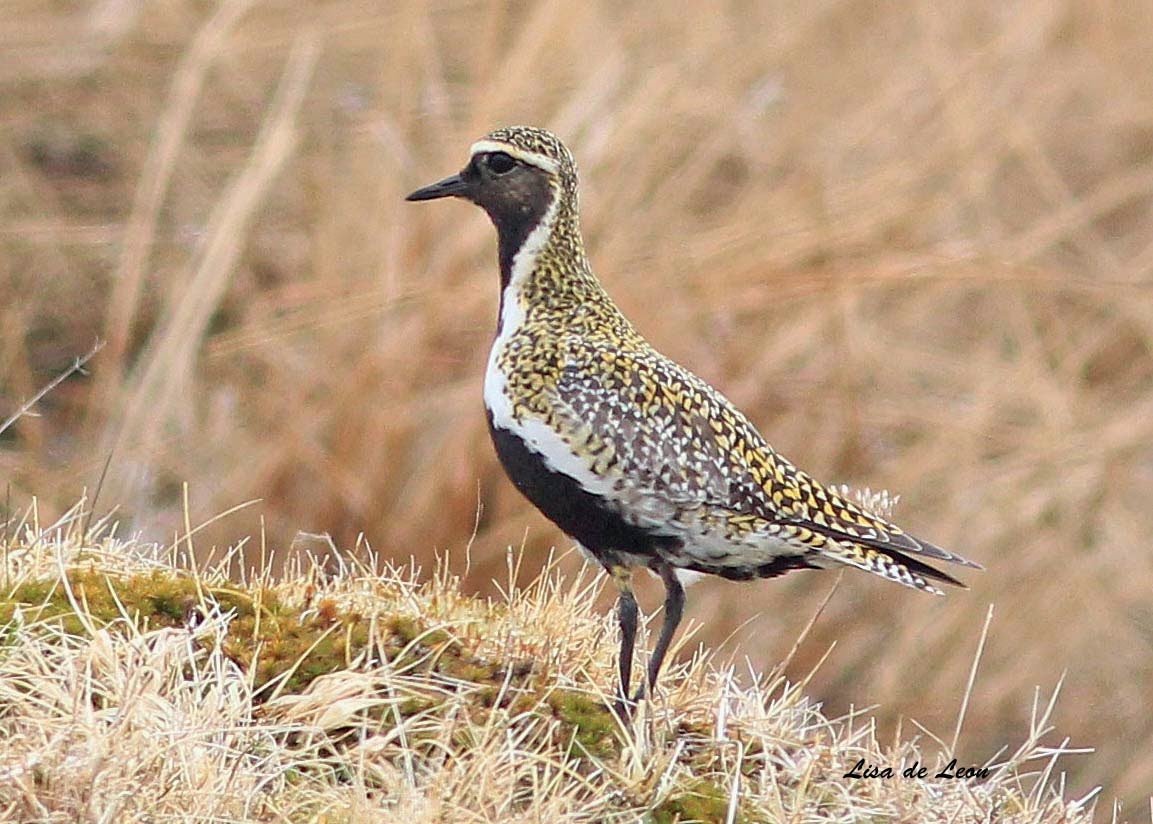 There it was, large as life, looking very alert and busily feeding. Keeping a wary eye on the spectators, the bird seemed quite comfortable. 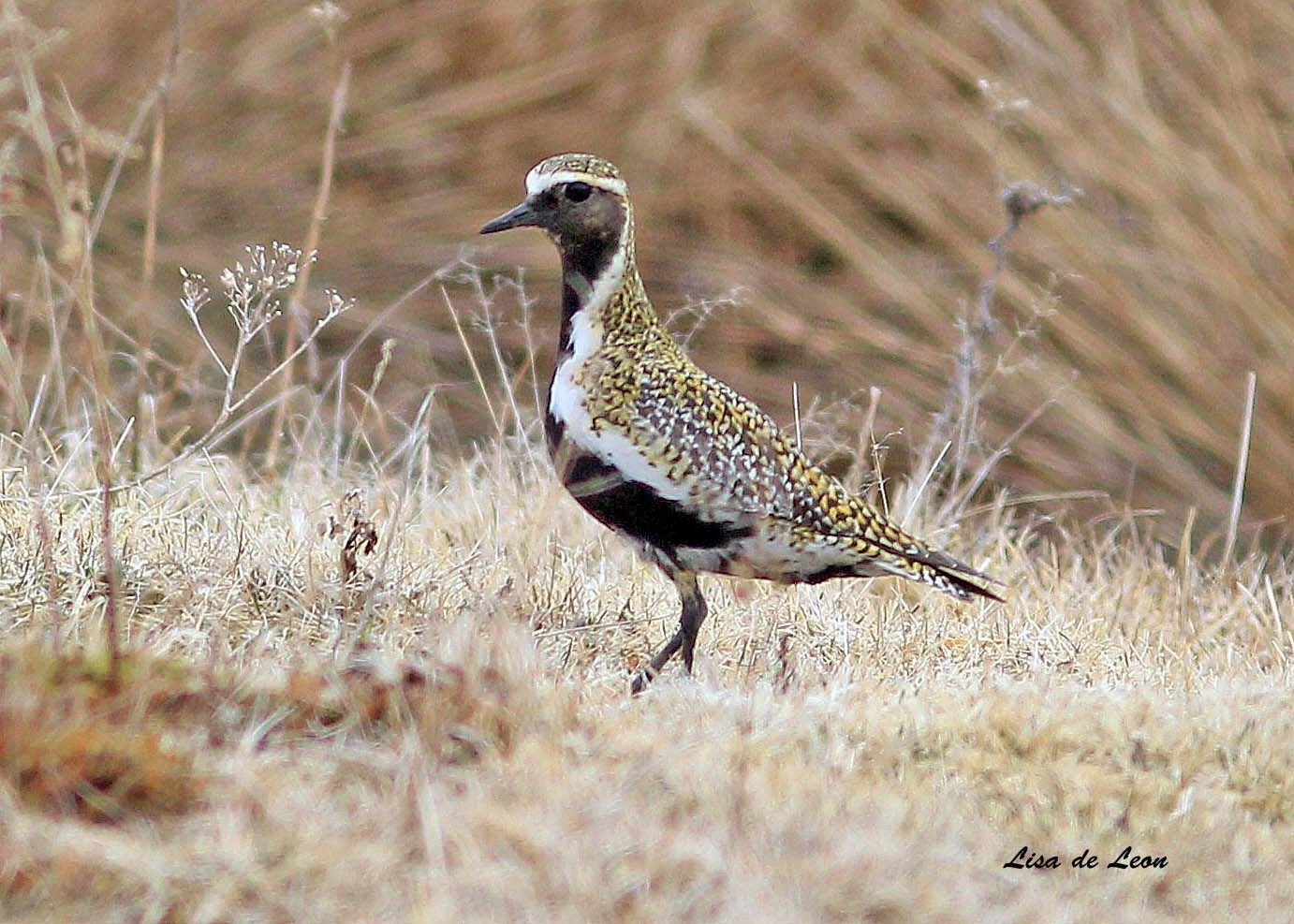 This is the best look I have had of this species. Back in 2010 when several appeared off Cochrane Pond Rd. in Goulds, they were quite some distance away. This bird is really beautiful. 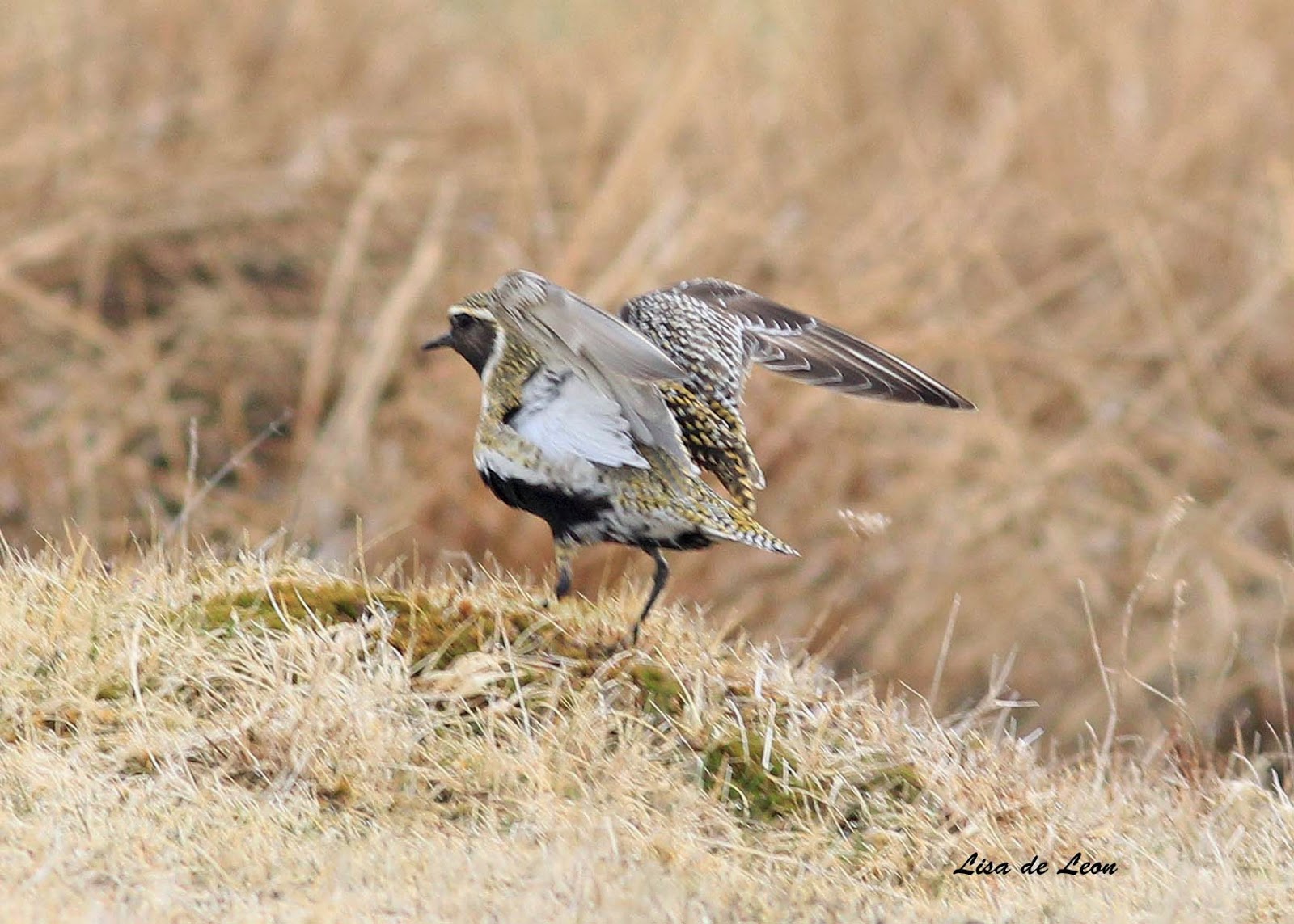 We watched for a while until it decided to fly off to higher ground. As it turned out this was one of 12 European Golden Plovers located on that day in Newfoundland. More were reported on the following day.  These two species may just be the beginning of other European vagrants lurking around, just waiting to be found. The local birding population is certainly doing due diligence in searching the nooks and crannies in the hopes of turning up others.
Posted by Lisa de Leon at 10:03 AM