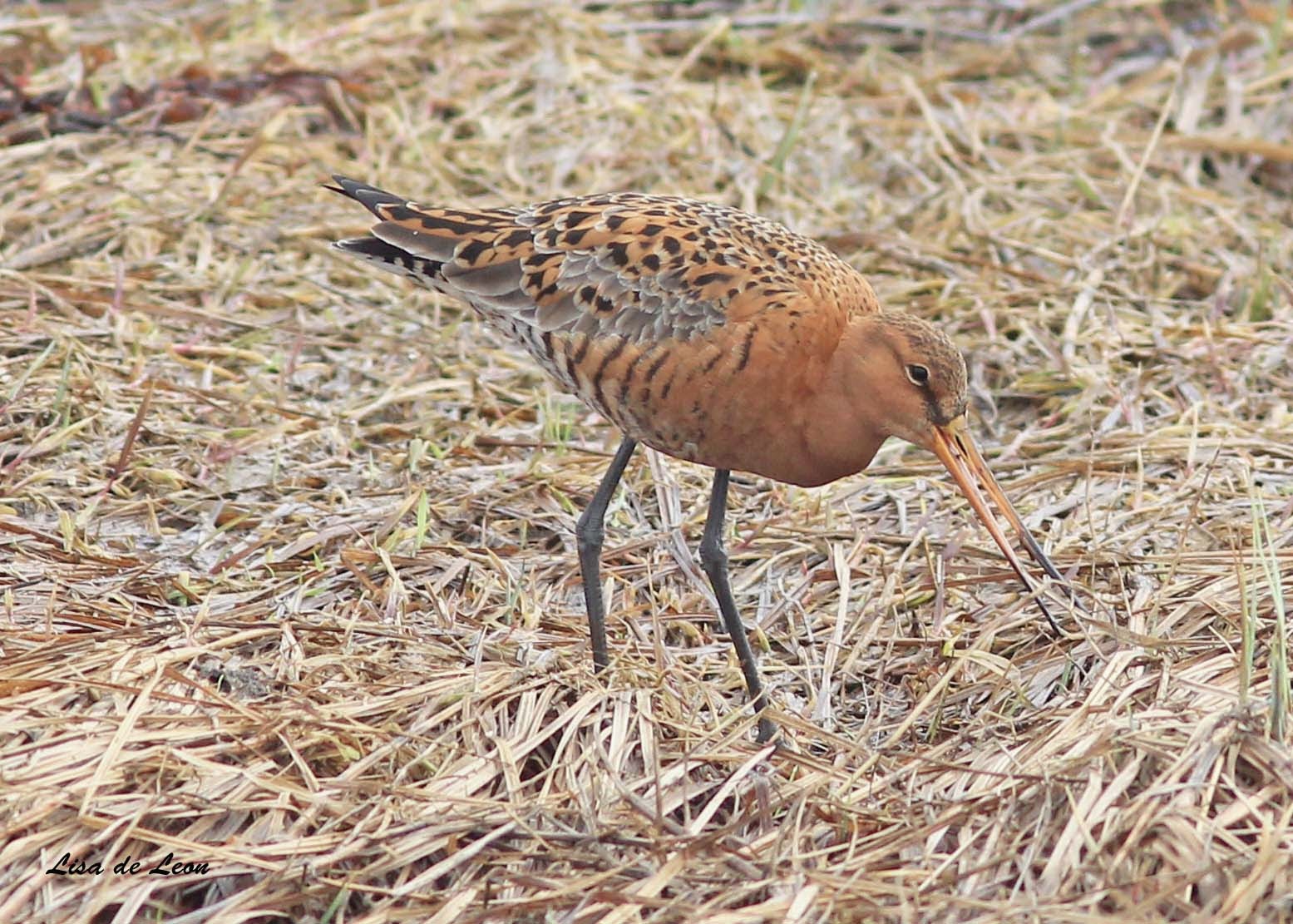 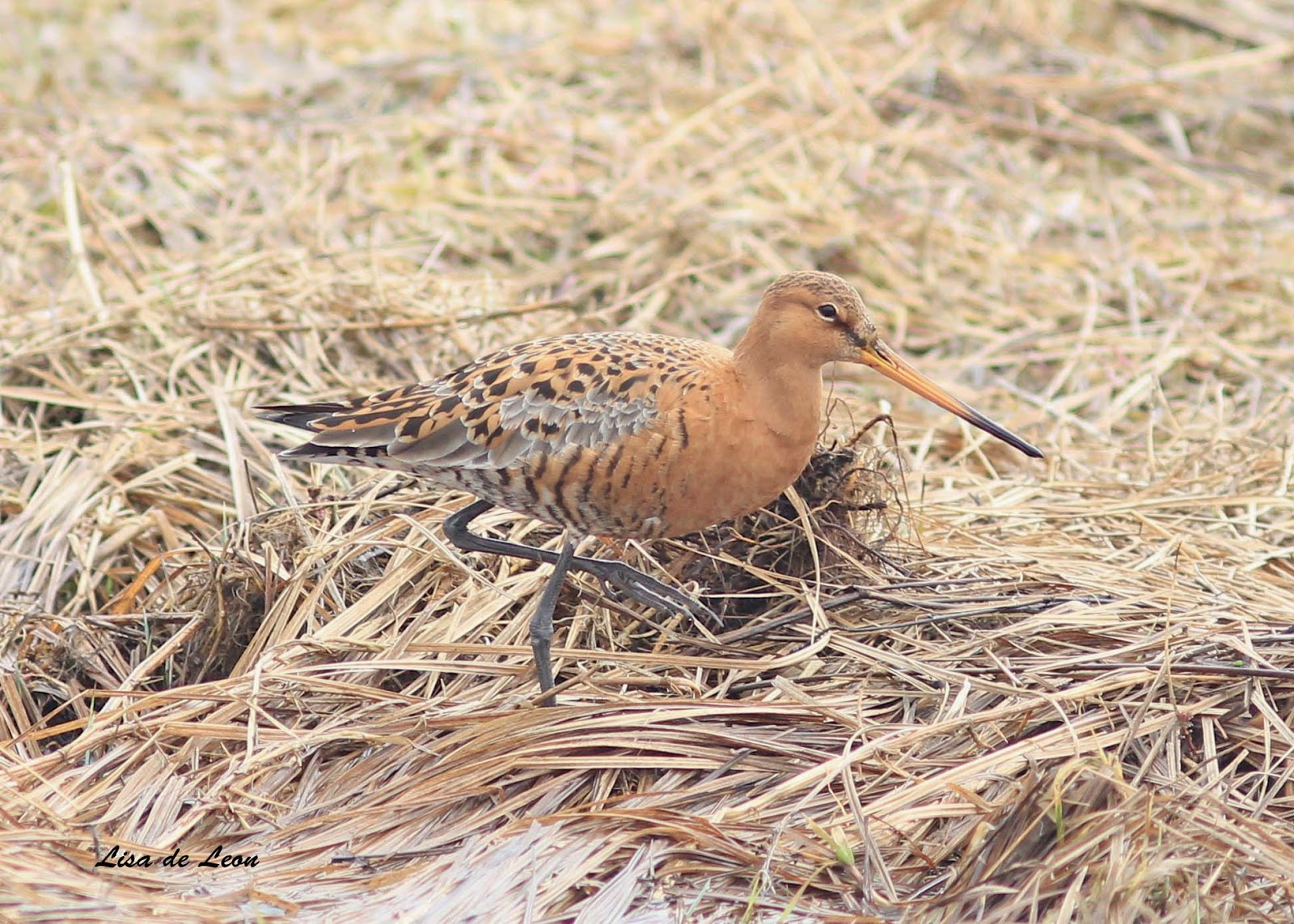 For days now, birders of the Avalon Peninsula, NL have been tracking the winds. Excitement grew as the conditions continued to develop a positive flow from Europe to Newfoundland during migration. 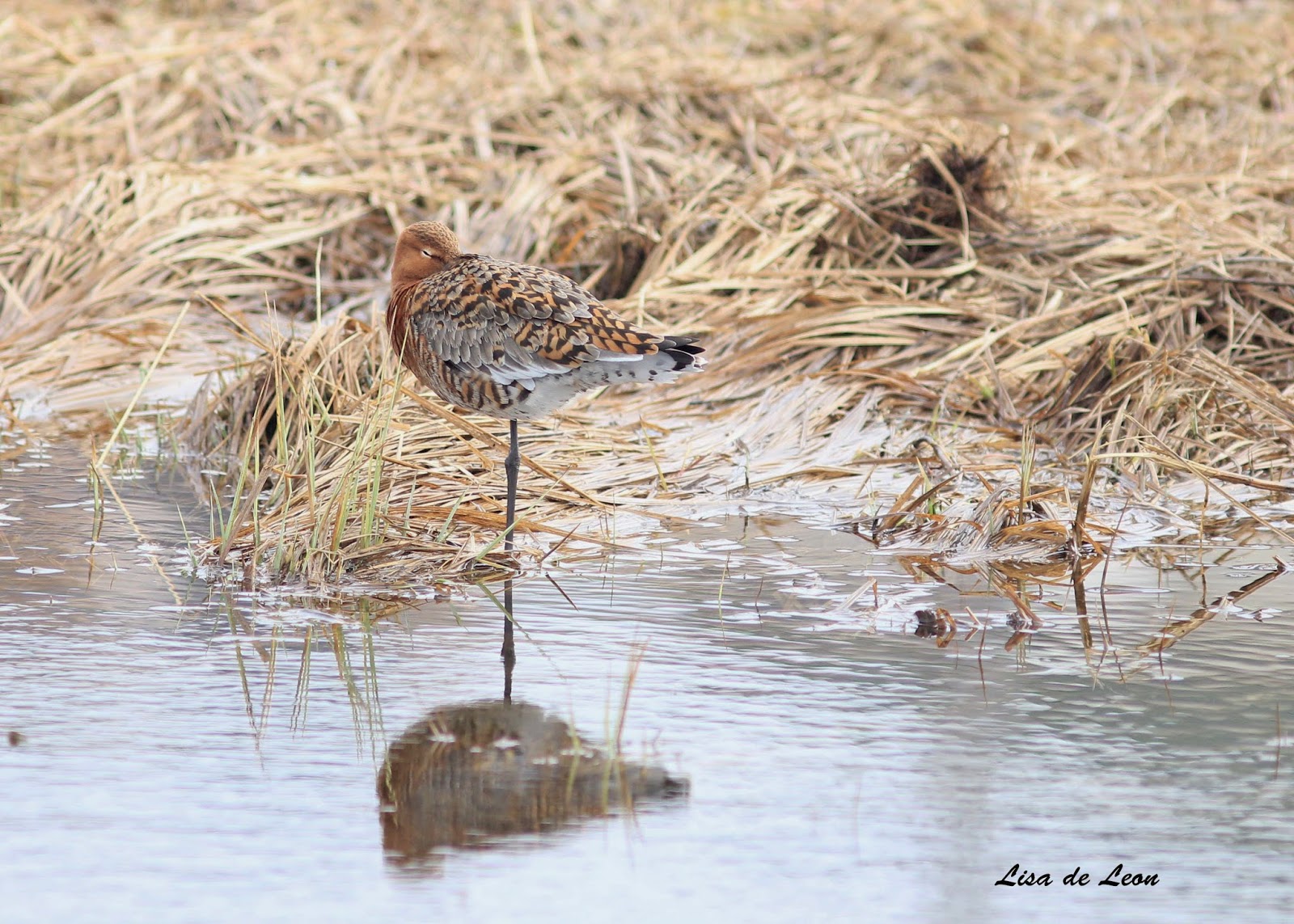 When a report came from the Dunne's in Renews that two Black-tailed Godwit were foraging in a small pool of water in the community, the alerts went out. The windfall had started. 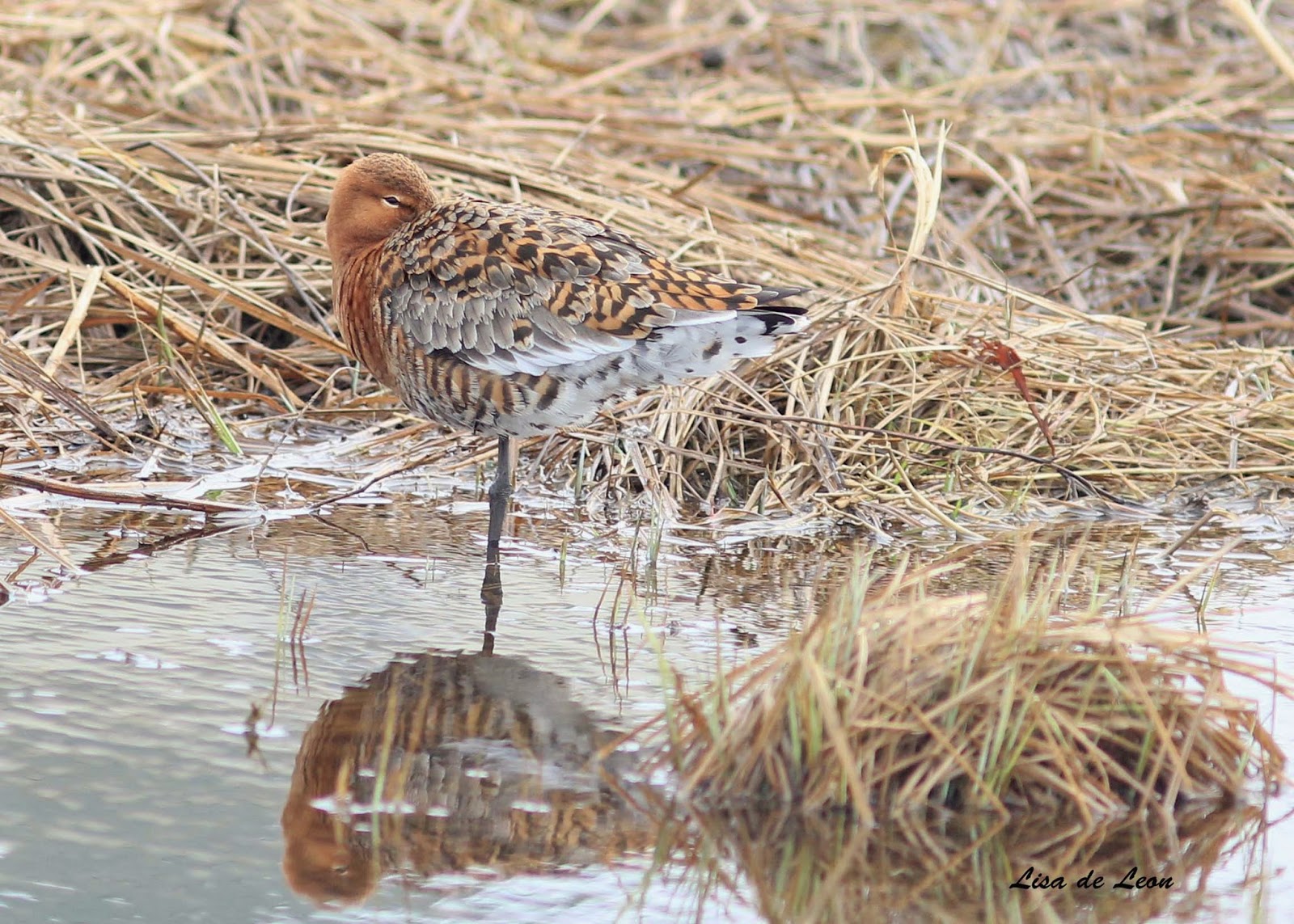 The two beautiful male Black-tailed Godwit in high breeding plumage sparked a flow of traffic down the Southern Shore highway. 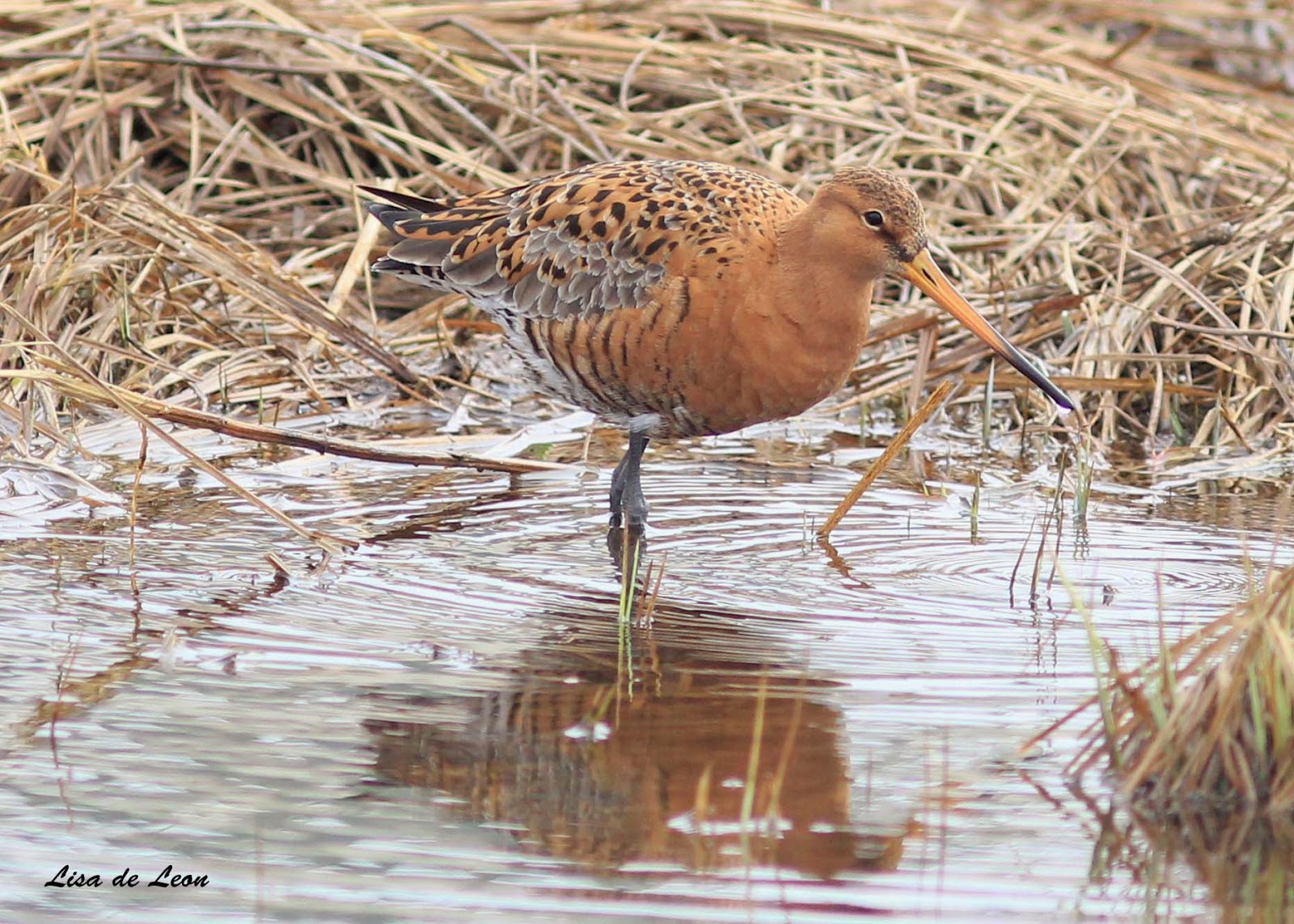 While the people of Renews slept comfortably in their beds on an early Saturday morning, the population of this small town nearly doubled as one-by-one birders began to arrive to see these rare European Vagrants. What a perfect place for them to land! They were seen; they were reported; and they were and still are being enjoyed by many. 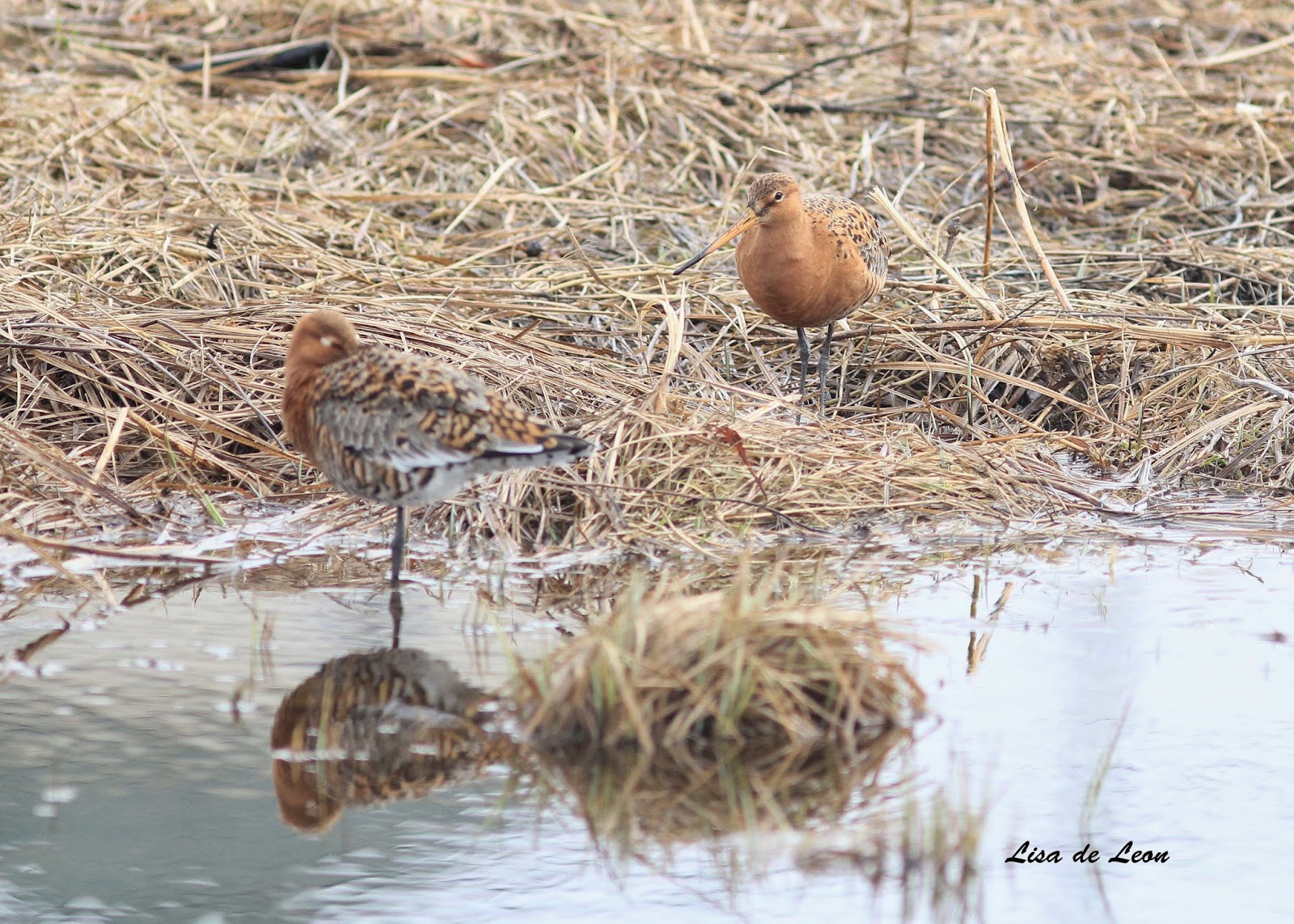 Sitting in the comfort of the car, it was easy to view these birds without disturbing them. One slept most of the time, and the other was feeding and quite active. One marched over and poked the other. As if to say, "Hey, what are you doing sleeping all the time?" 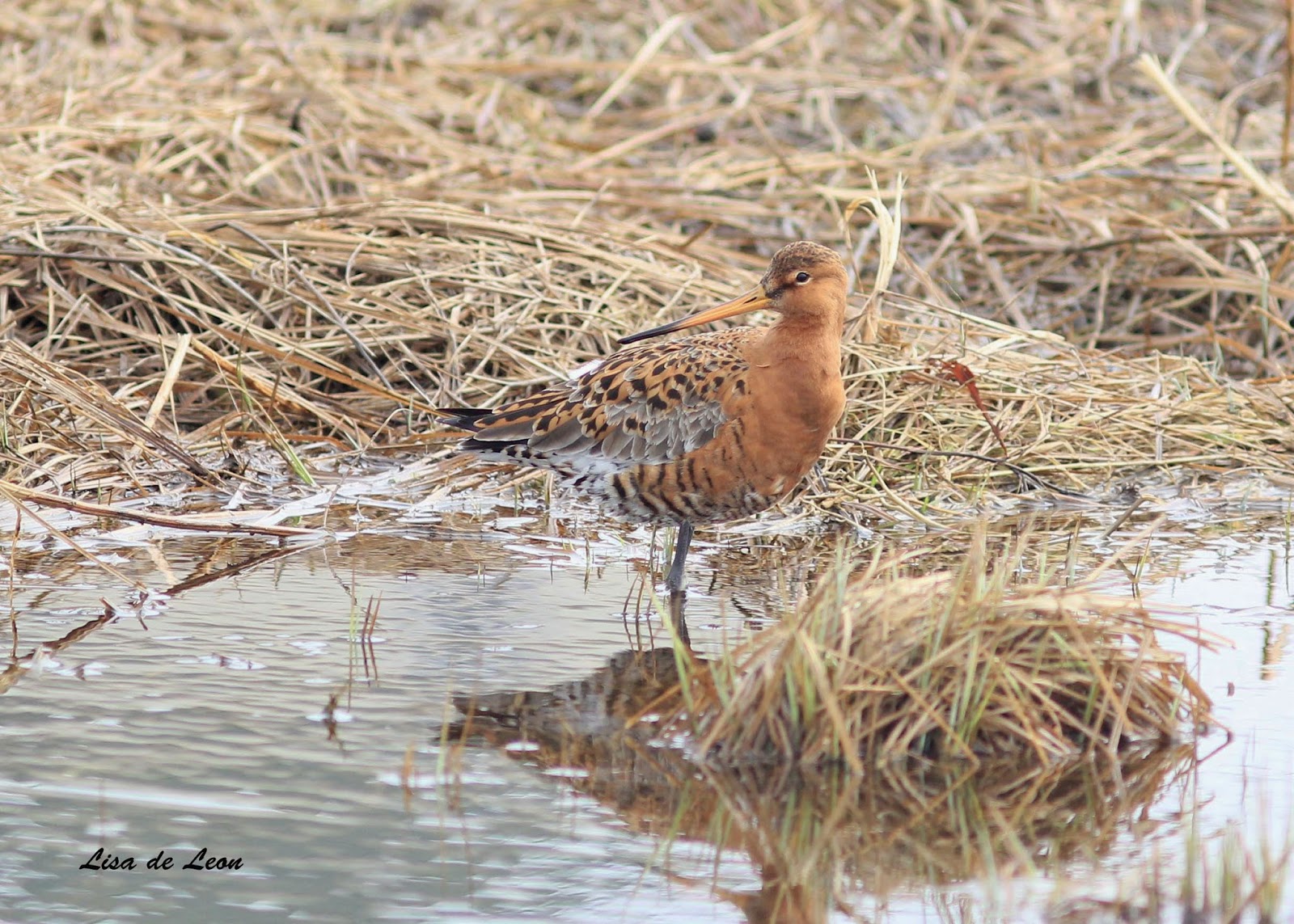 Just up the road from this location, a European Golden Plover was spotted. That set off a frenzy of searching everywhere to find more and to see what else may have dropped in. Exciting times.