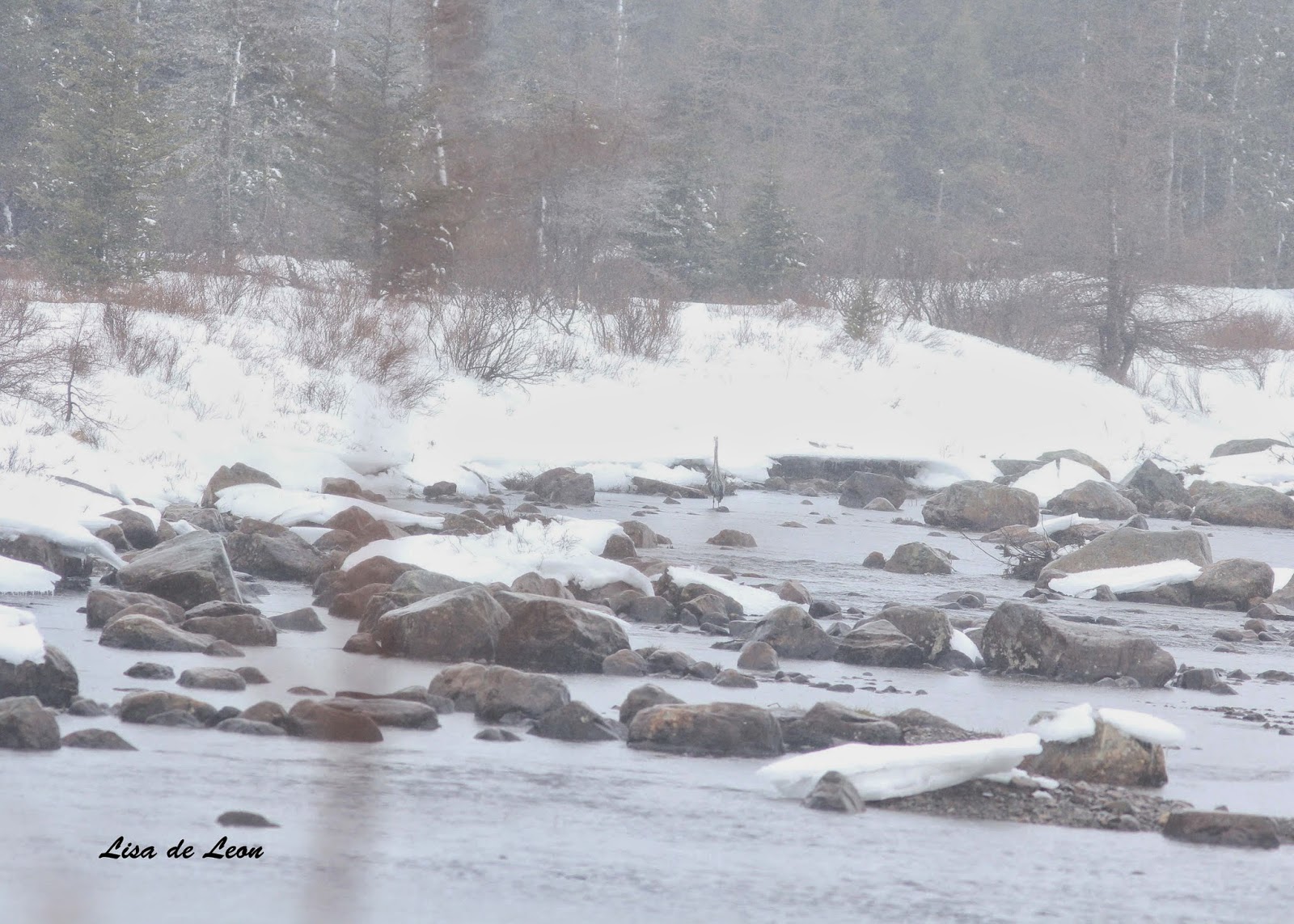 It wasn't the best weather on Sunday, in fact, it turned downright nasty as the day went on. Yet, I wanted to see the Great Blue Heron, so Margie M. and I headed to the southern shore. 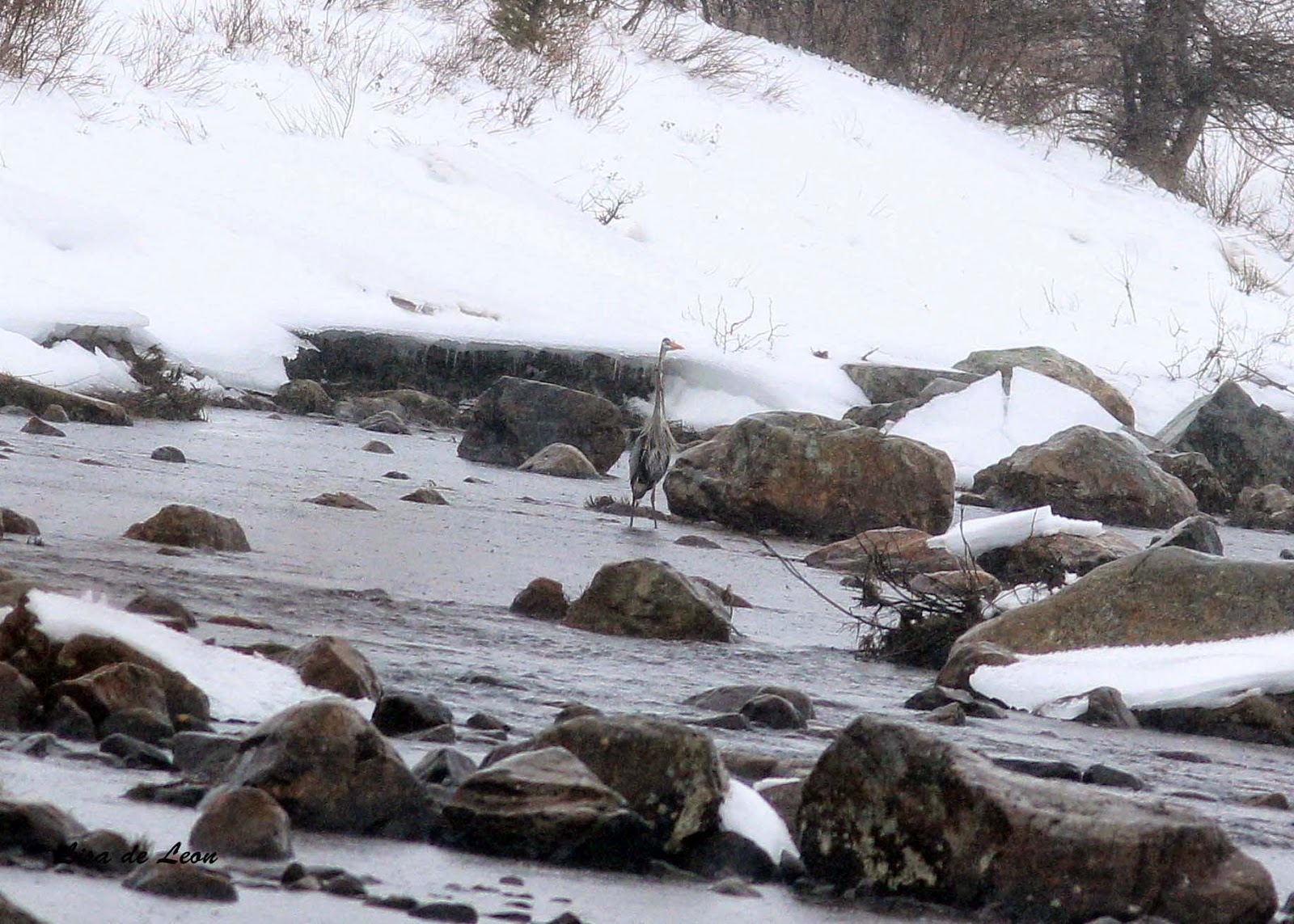 When we arrived, the heron was no where in sight. We nosed around the area a bit and then returned to the Renews lookout to sit and wait. Patience paid off. 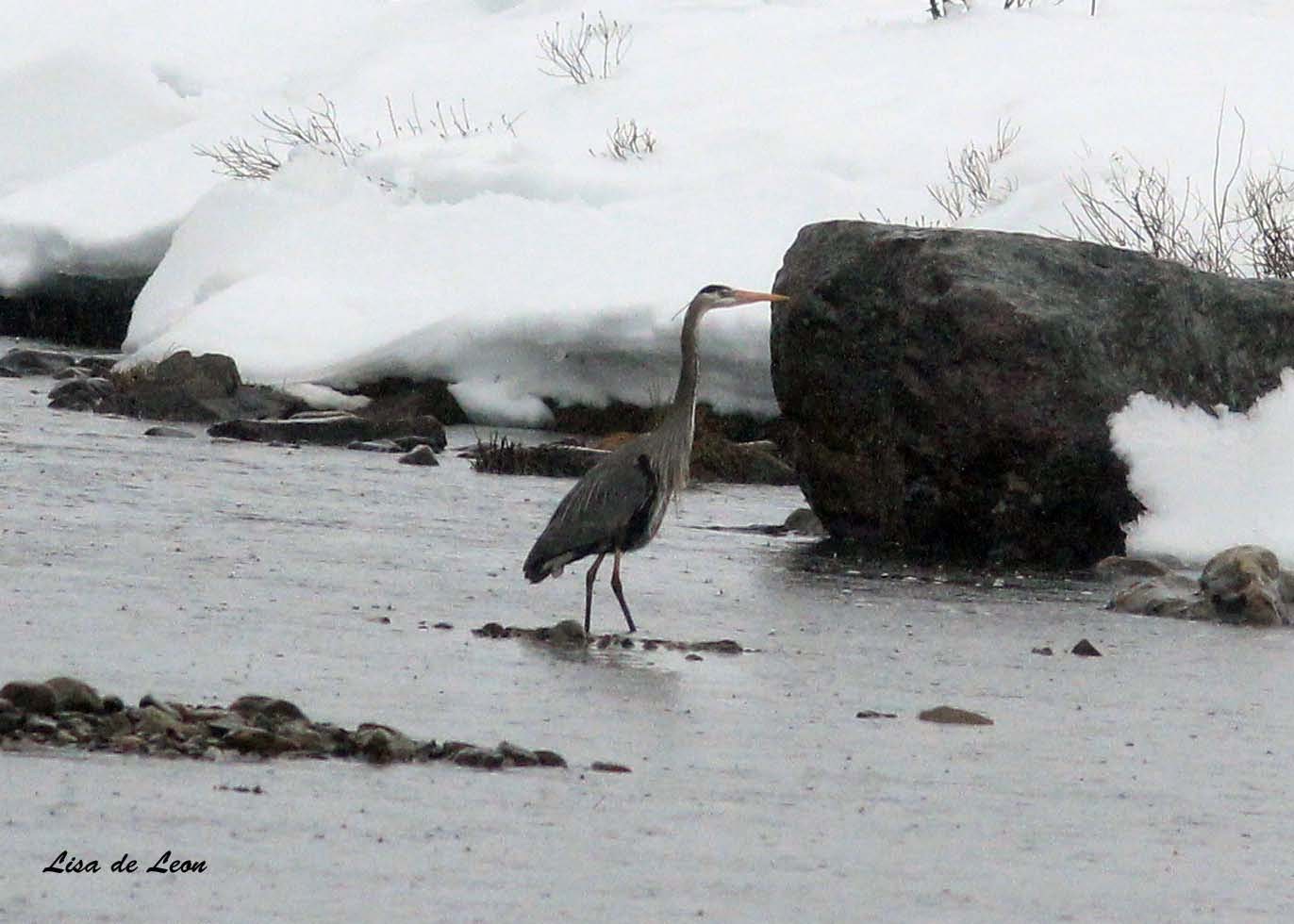 The first glimpse of the bird is shown in the distance as seen in the first photo. He looked like a twig, but there was no mistaking it. 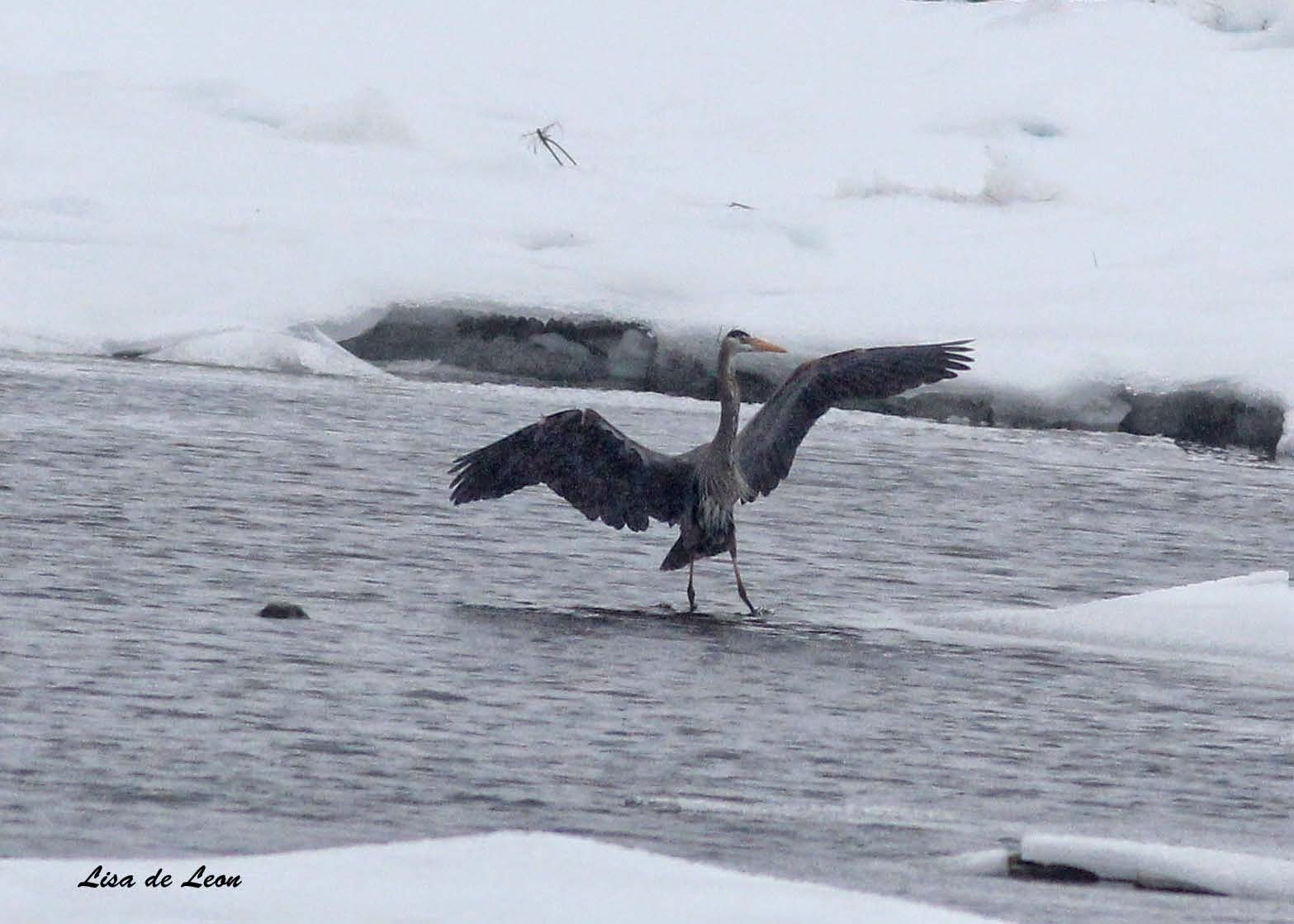 As the rain picked up and the fog rolled in, the heron slowly began to move closer to us. Hope was it would come in really close. That didn't happen. 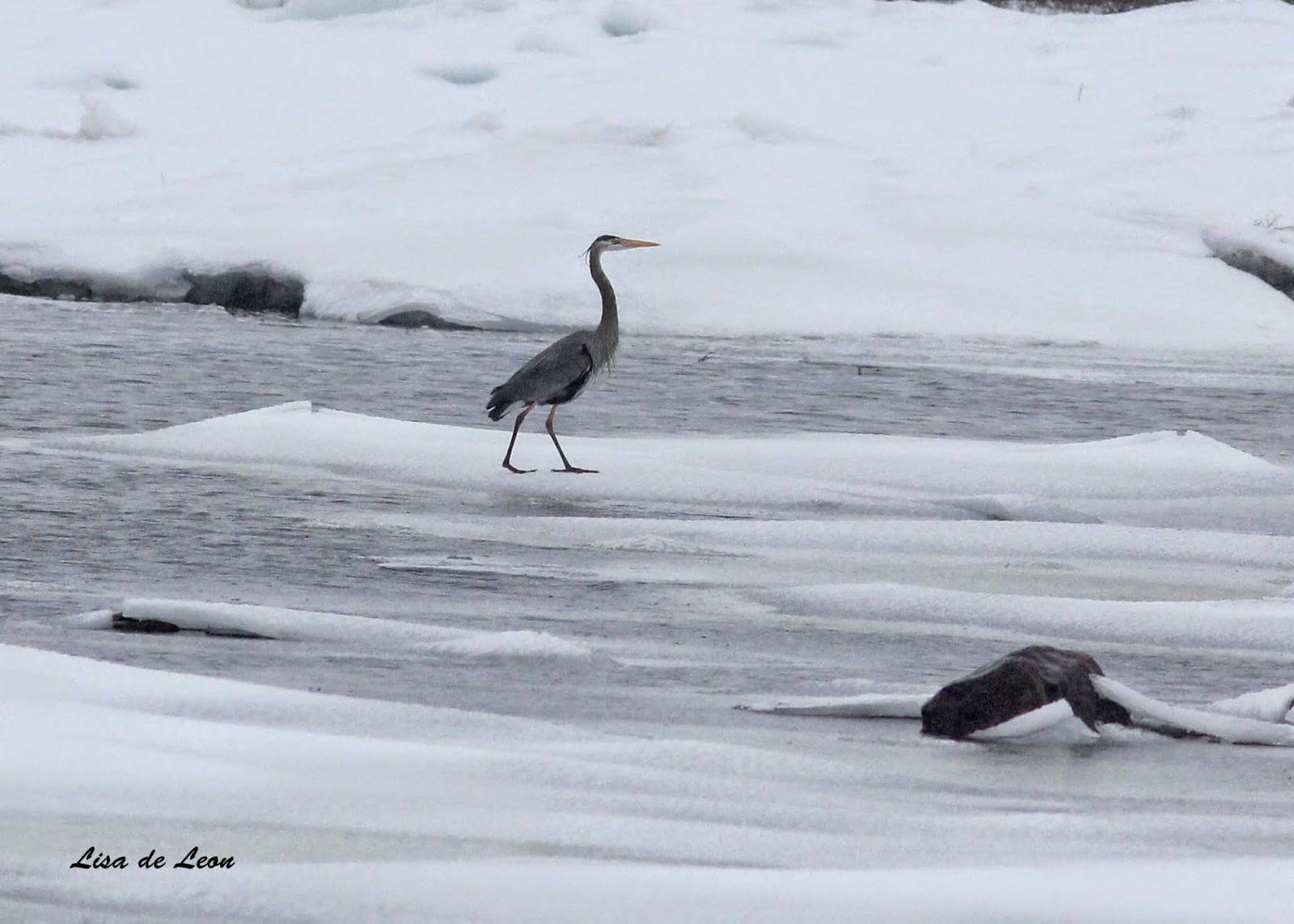 While close viewing would have been nice, it was still unusually appealing to watch this amazingly large bird strike one pose after the other in the rain and haze. 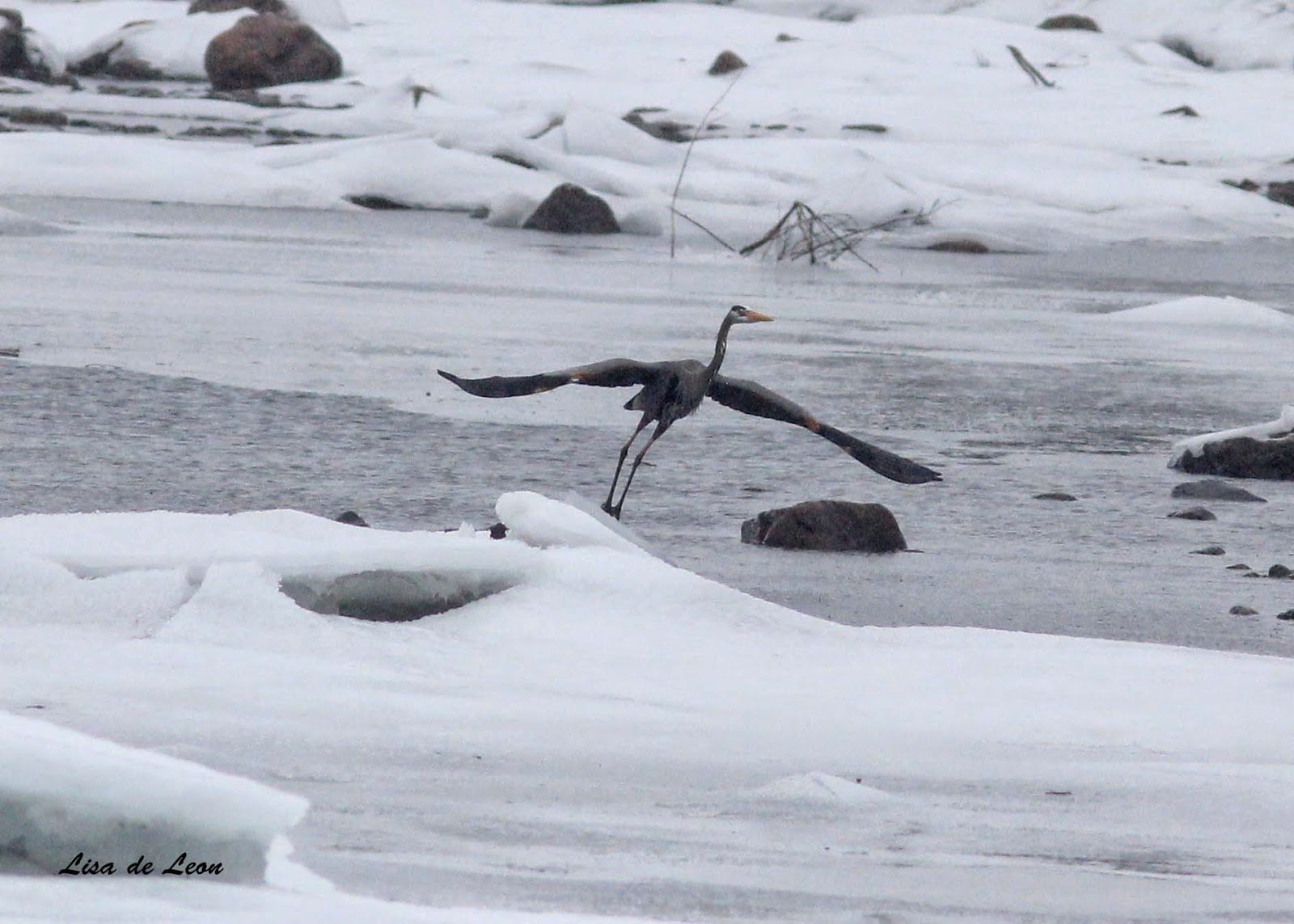 It seemed really odd to see this bird so out of its warm-climate elements. It was quite active, never really settling down to eat or rest. 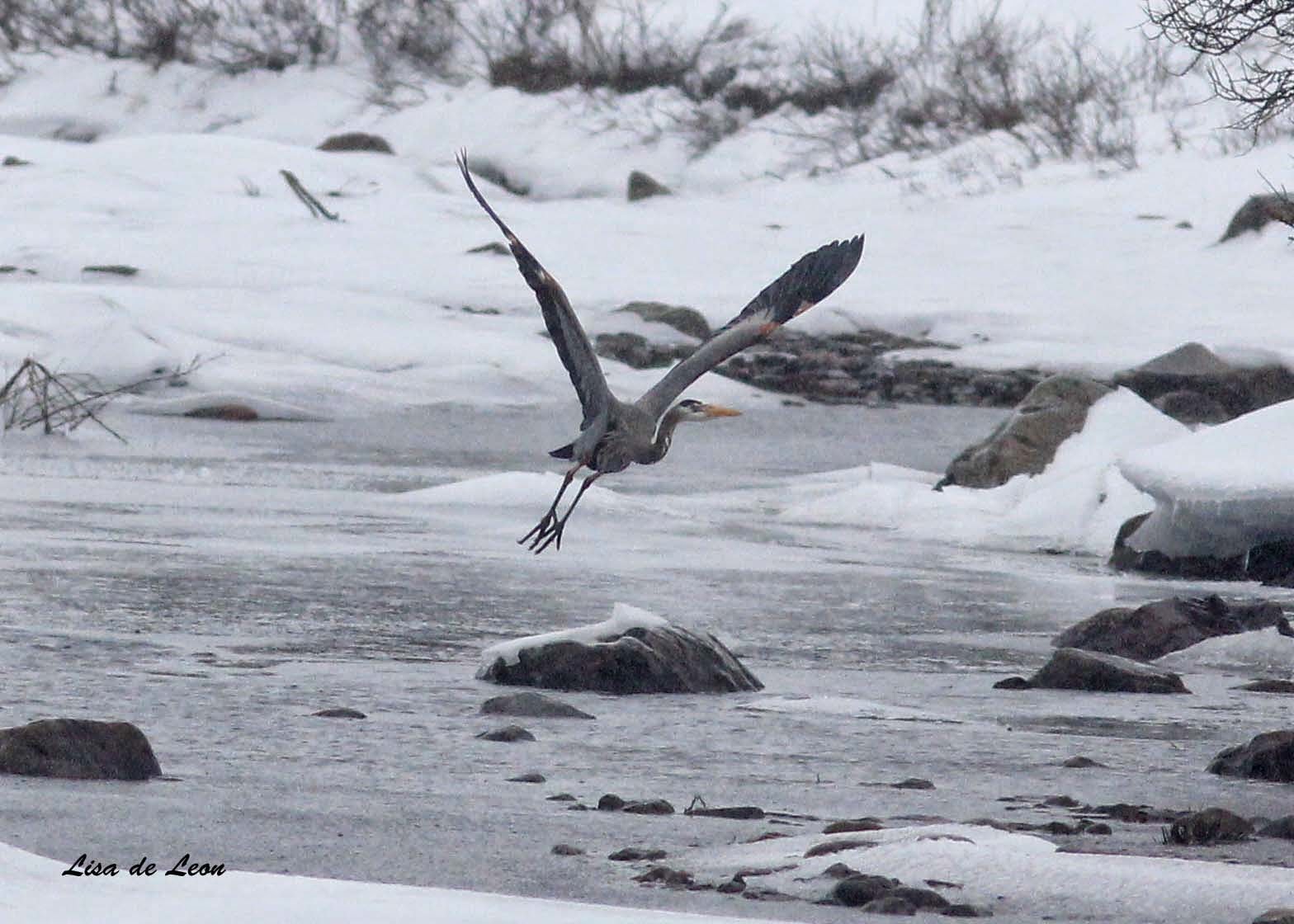 Eventually, it lifted off and flew into the distant recess at the back right of the river. 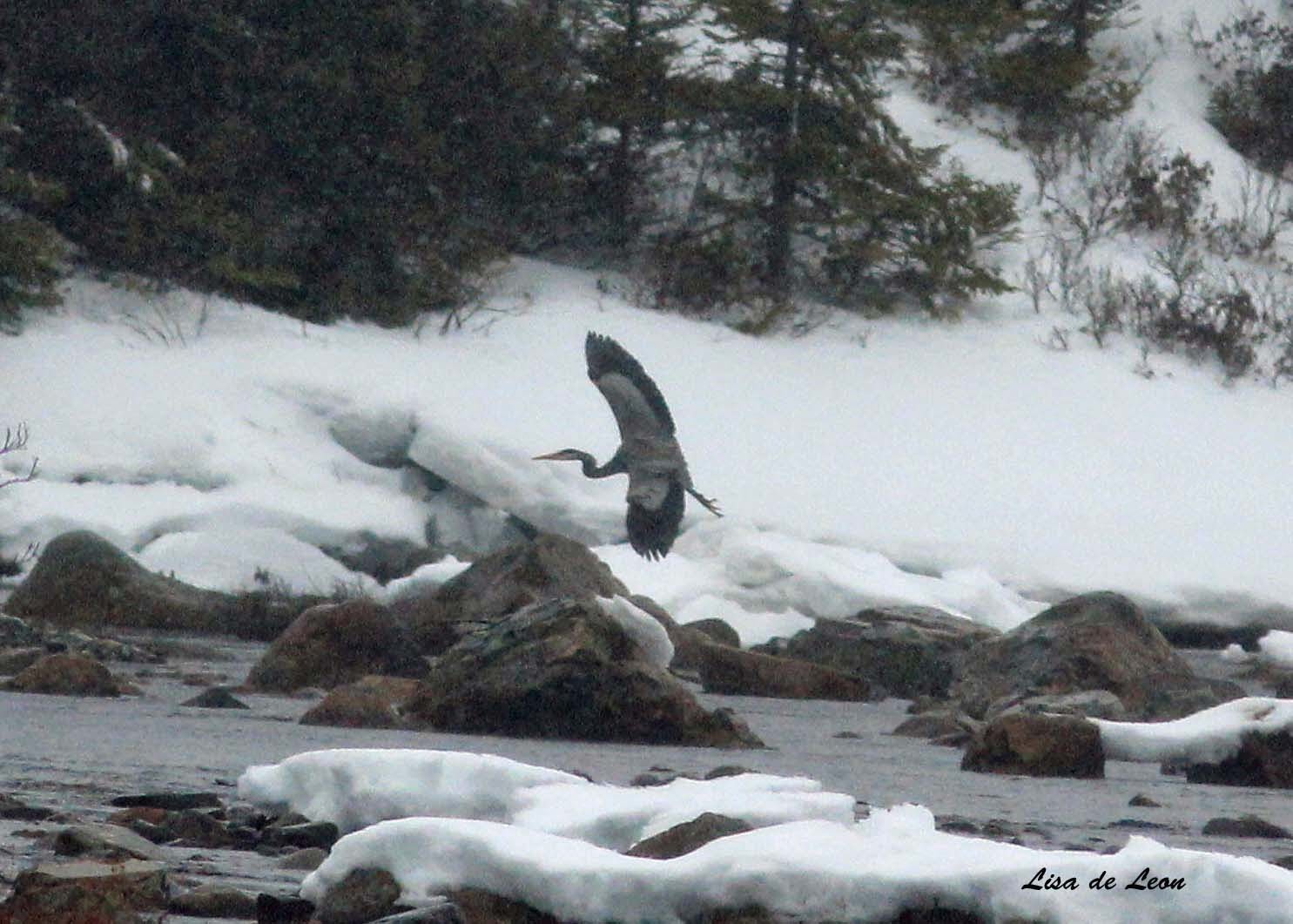 Obscured by the rocks and trees, we could barely see it anymore. We made one last sweep around the waterfront in search of a second heron reported by a resident. Coming up empty-handed, we returned to the lookout. By this time our Great Blue Heron had completely disappeared. Mission accomplished! We saw both the heron and the wintering Black-bellied Plover. With our spare time, we checked every accessible waterway on the return trip. Turning up nothing unusual, we dallied. It was enjoyable to have to time to study more closely the common birds in close to shore.
Posted by Lisa de Leon at 8:34 AM