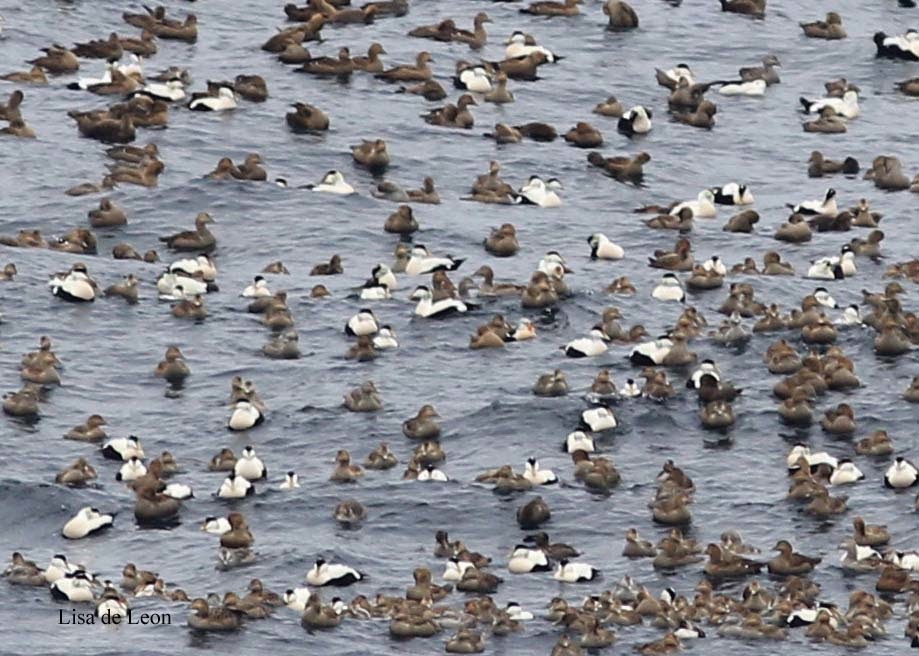 It was Saturday that I got my first look at a King Eider for the year by grace of the kindness of Bruce Mactavish and his scope. 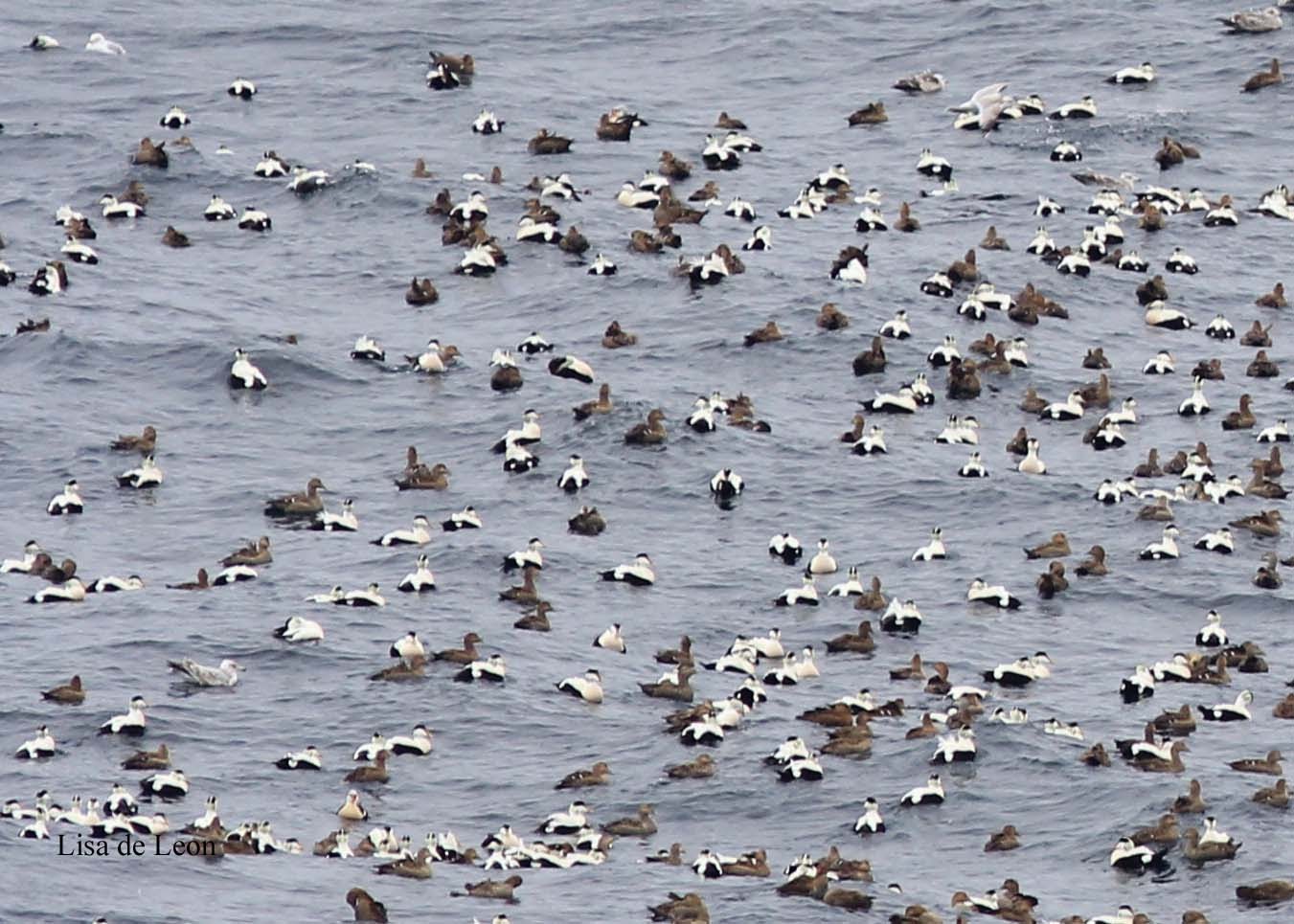 That distant tease left me wanting for more. So, yesterday morning, I headed back to Cape Spear in the hopes of seeing more of the show - 5000 Common Eider and 25 King Eider ....close to shore and in flight. 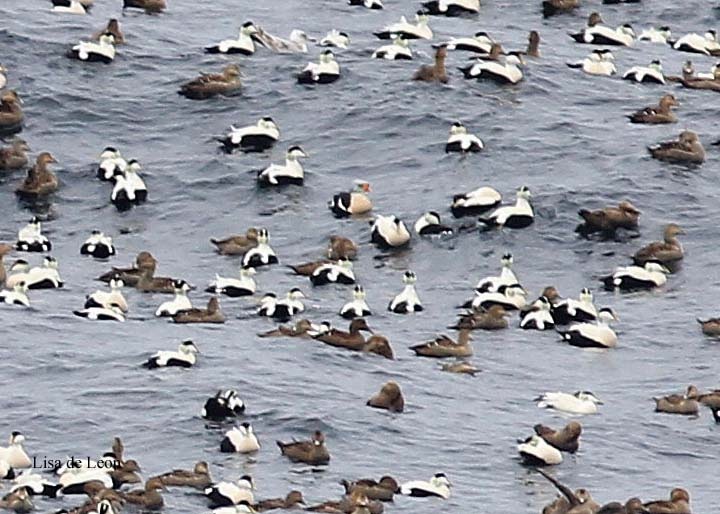 Well, as it happened, I saw both. I was actually able to see the King Eider with my binoculars. It seemed that in every little cluster of the eider sprawl I saw at least one adult, male King Eider. 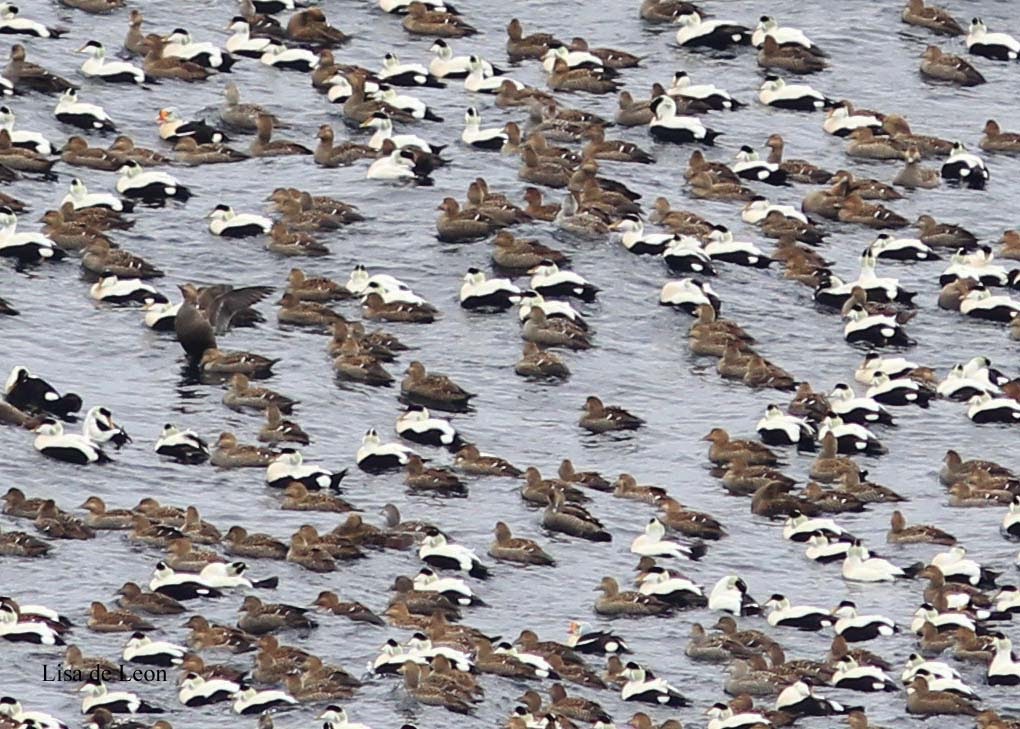 In several pictures, there were two Kings. In one shot, I captured three. Given, the constant shifting and diving, I suspect there were more than five. I have scanned my many photos to try to identify immature male King Eiders and females, but the images are not that sharp and neither is my ability to discern the differences .... especially at such distances. 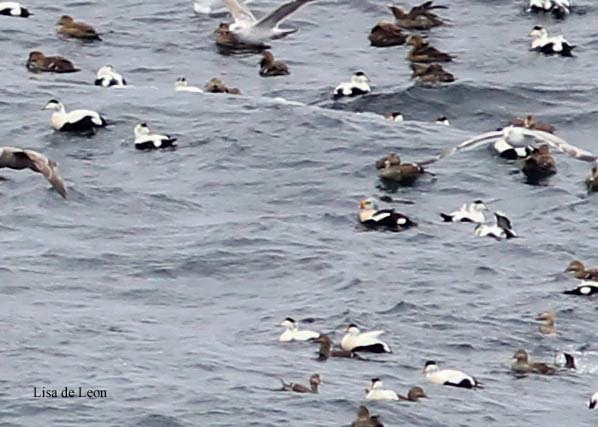 I worked my way around the back side of Cape Spear below the light houses. I was astounded by the sheer numbers of eiders spread across the water and hoped that in my excitement to get close, I wouldn't scare them. 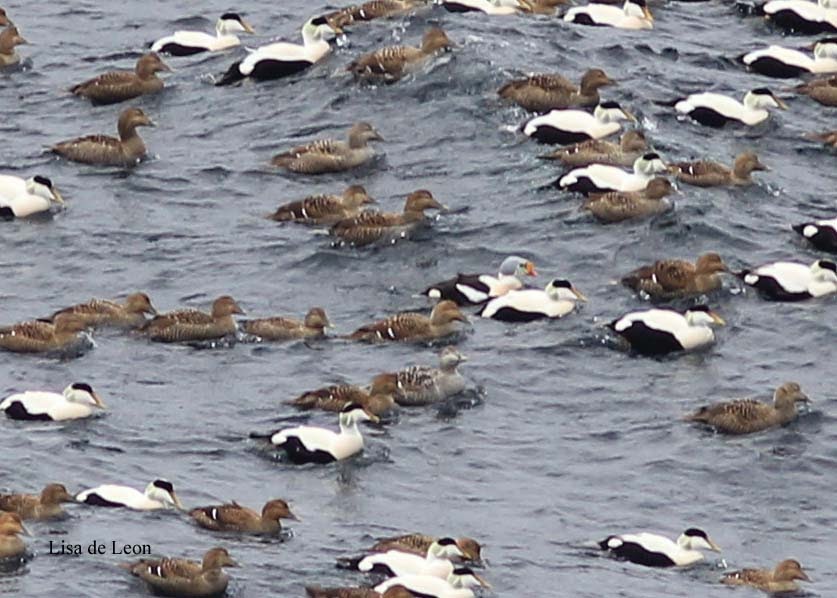 I finally reached a point along the shore where I could tuck myself in so as not to spook the birds and so as to shield myself from the raw, piercing North wind. 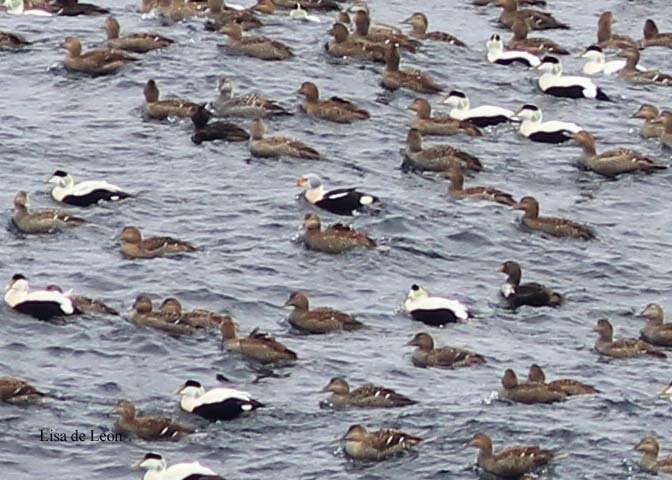 I watched as the raft worked its way closer to shore. I got pretty excited, because I could just imagine them coming within feet of the shoreline. 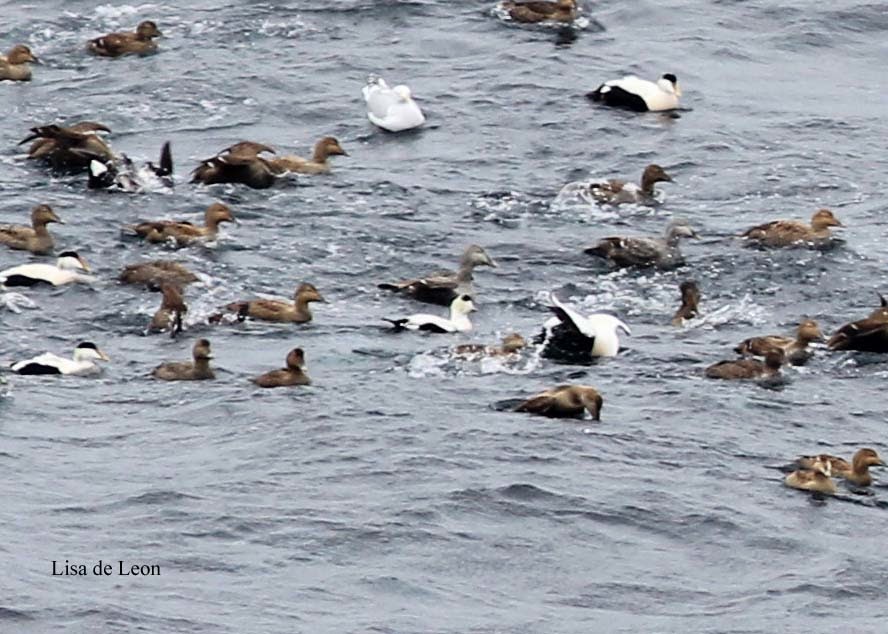 I could see quite a few eider looking much grayer than the others. Sibley says females from Labrador north are a pale, silver gray. There are at lease two of these in this hot. 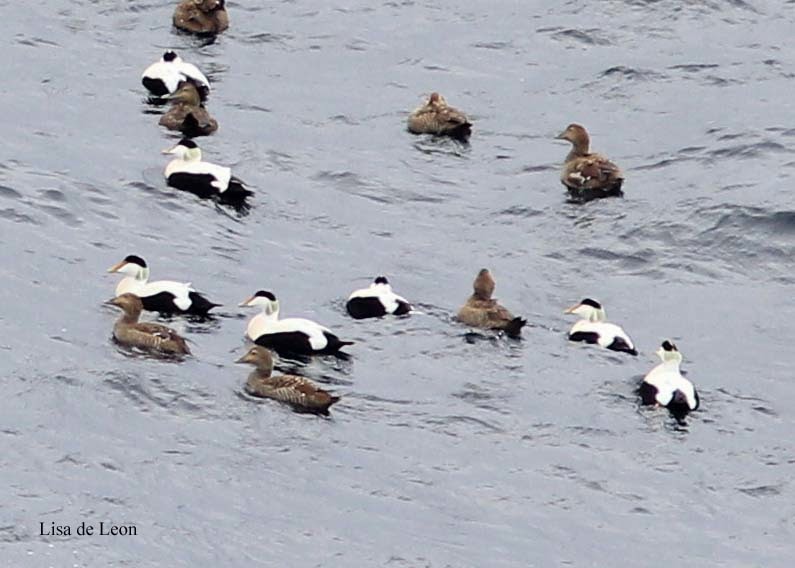 Apart from the scattered, greater flocks, this small group of Common Eider were moving in very close, just below me. The opportunity for some great shots was just moments away. 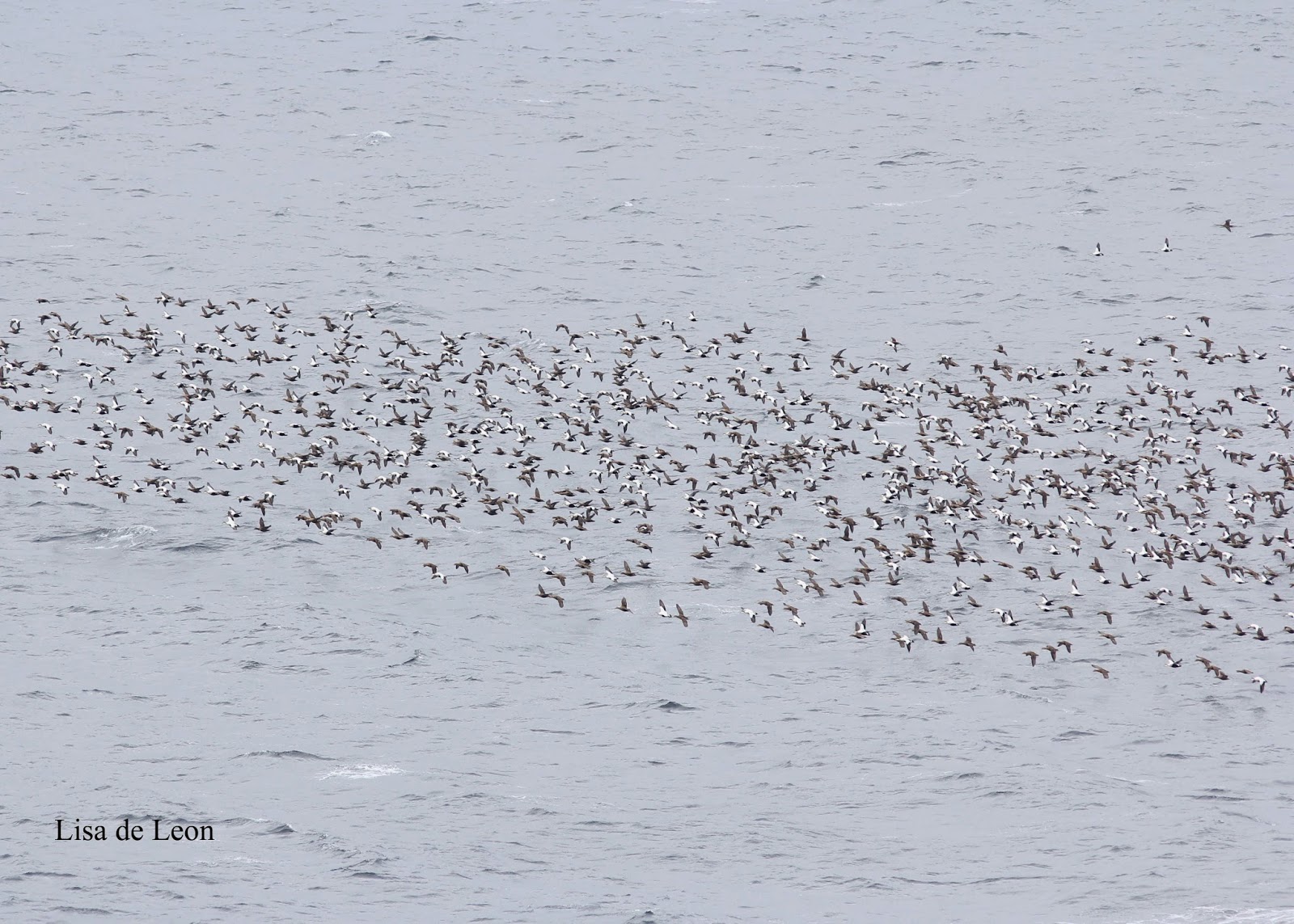 Then, a thunderous helicopter appeared on the horizon. Within seconds the birds lifted off. It was a swarm of black and white dotted with brown. 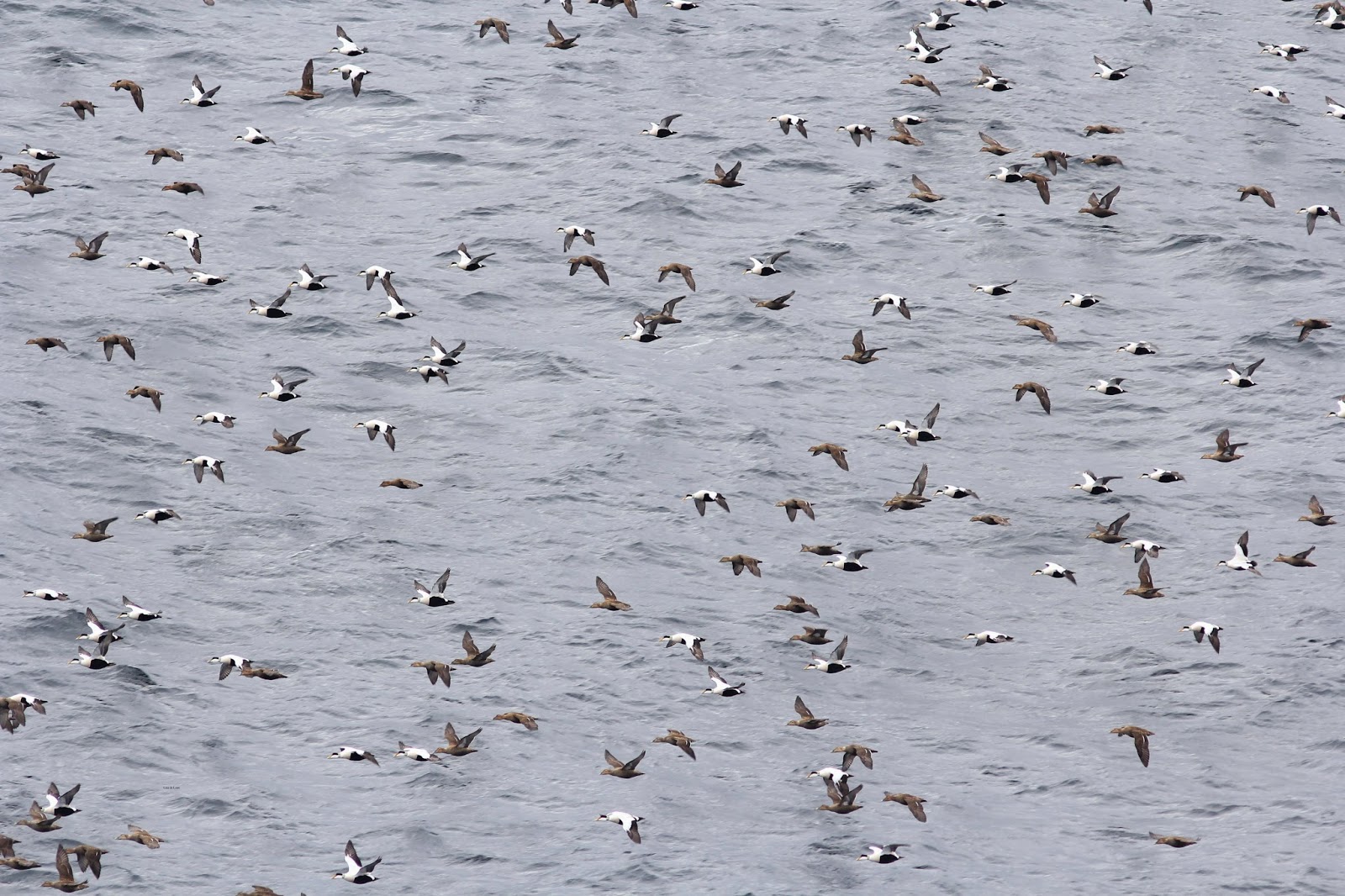 First the eider flew North, then they banked and flew South, then they repeated the same flight route. I thought they might settled back down once the chopper passed by. 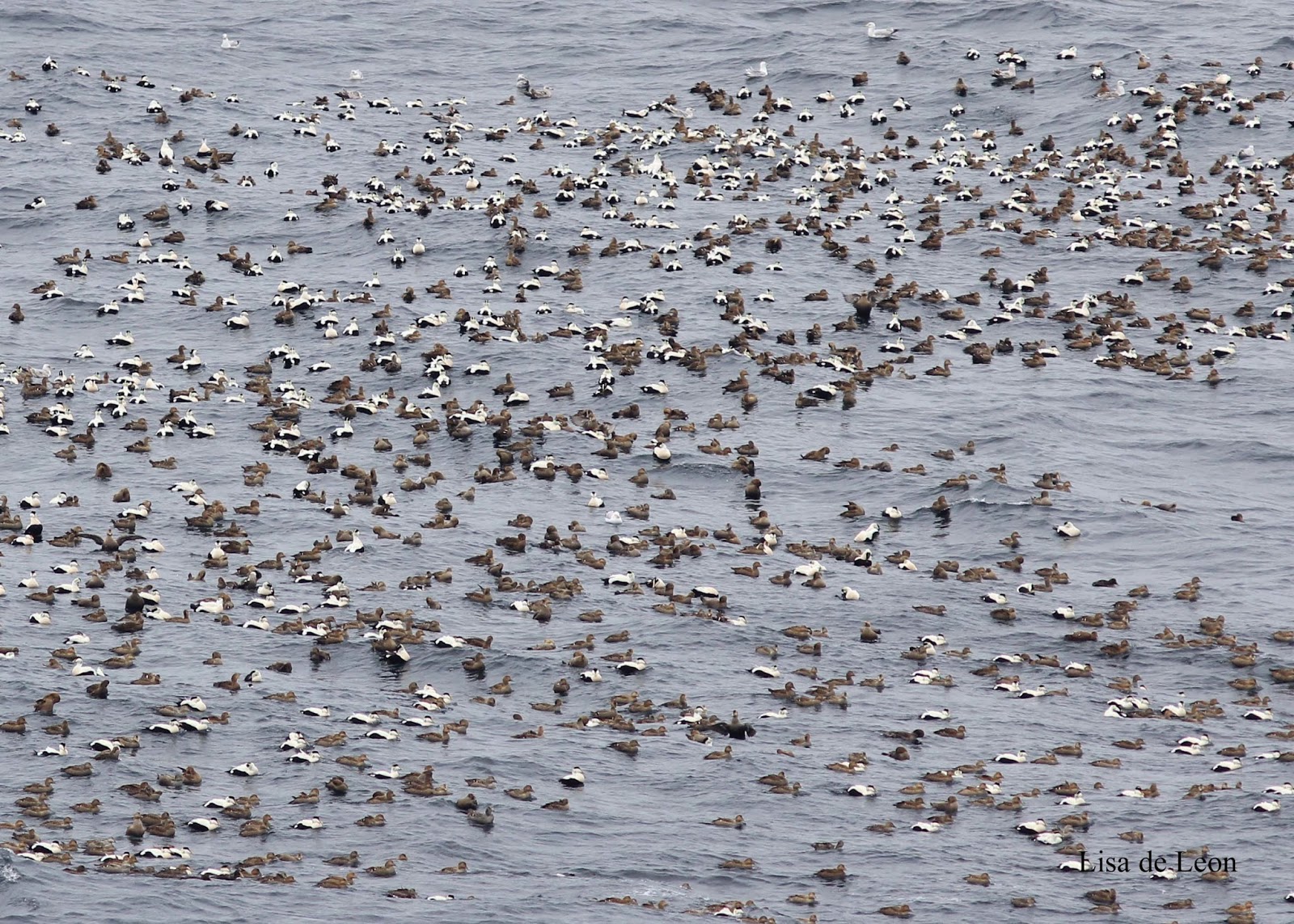 They didn't. On their final turn, they moved very far off shore and flew toward Petty Harbour. In five minutes flat, the scene changed from a stirring mass of activity to dead calm. Just like that...it was over. Wow! What a spectacle! 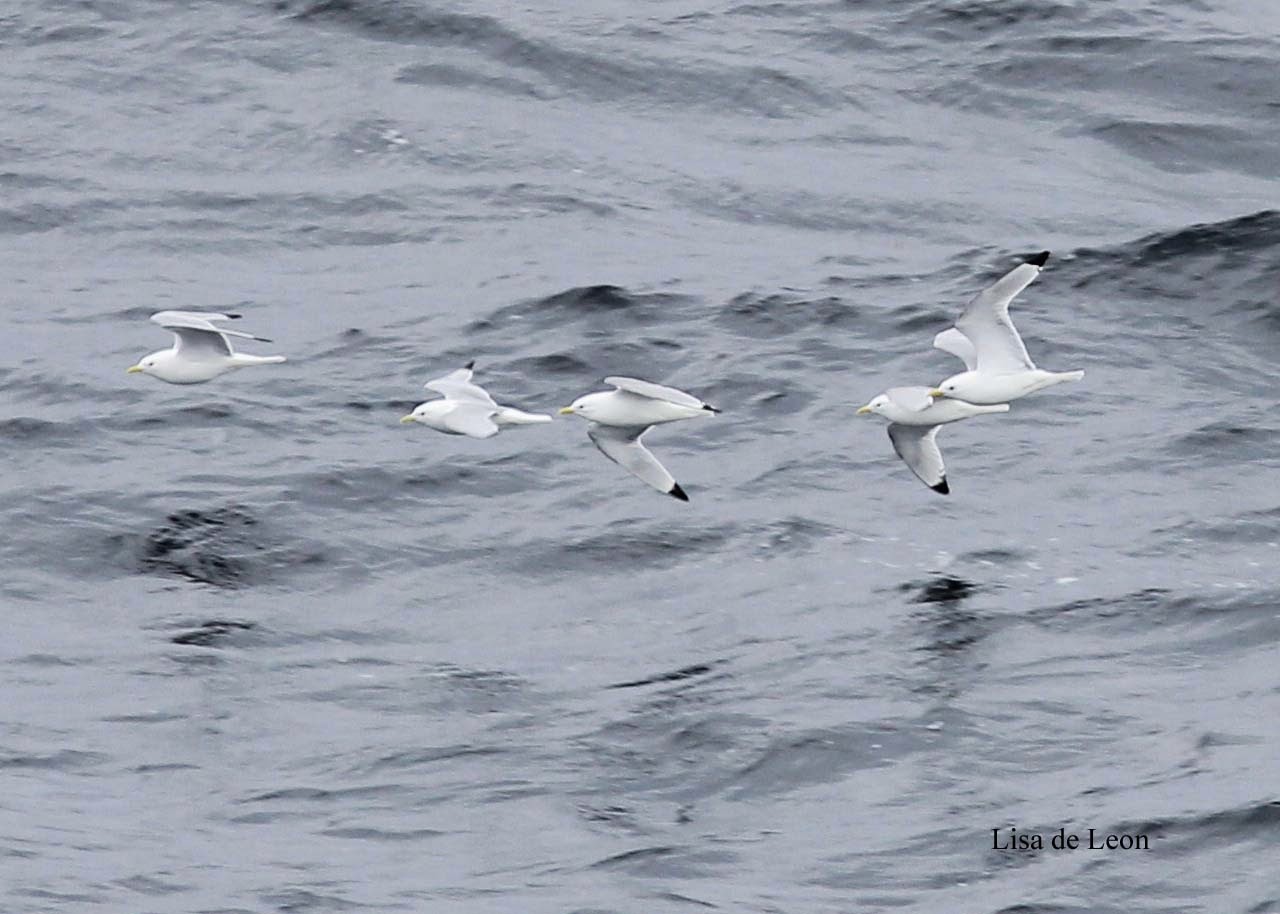 I should mention that all the while the eider sat on the water there were constant streams of Kittiwakes flying by.

It is possible this kind of scene will play itself out a few more times in the week to come. However, the approaching snow storm will definitely hamper viewing. We need snow-vision goggles, something akin to night-vision goggles.
Posted by Lisa de Leon at 7:34 AM