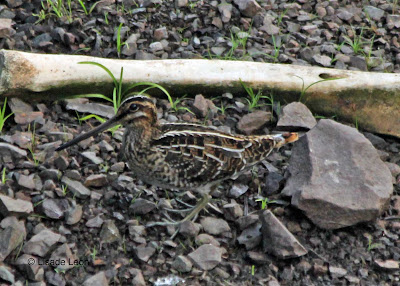 On a recent night-birding trip to Power's Road, Margie M. and I were shocked by the amount of winnowing going on around us. It seemed to be coming from everywhere, Wilson's Snipe flying through the air creating an eerie trail of calls behind. We were really out looking for night owls, but are unsure if we heard any because of the continues sounds of the snipe. There did seem to be a pair of calls from opposite sides of the road that sounded richer and rounder (if that makes sense) than the snipe. Could it have been Boreal Owls? We will probably never know what we heard that evening, but it was exciting to be there. 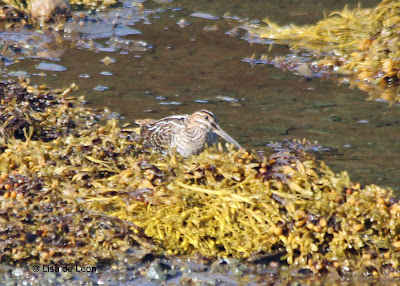 Snipe are not easy to see long enough to photograph. These two shots were taken last summer, and I never got around to posting them. It is easy enough to flush a snipe - just walk through a marshy area and "up they come." However, to actually see one long enough to raise a camera is not easy. In fact, even when looking straight at them, it is difficult to see them because of their great camouflage. 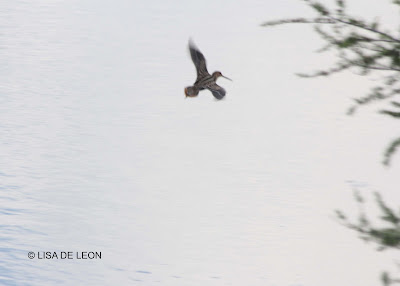 This year I will try to be a little more vigilant in an effort to get better looks and pictures of the quick and flighty Wilson's Snipe.  Note:  These pictures were taken in July and August.
Posted by Lisa de Leon at 9:40 AM