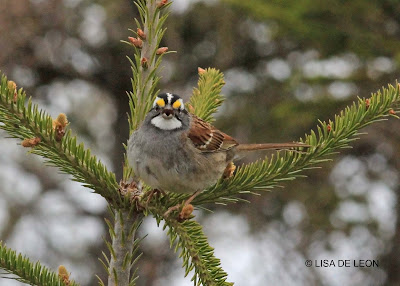 Among the sparrows frequently seen in Newfoundland, the White-throated Sparrow is undoubtedly one of the most striking. 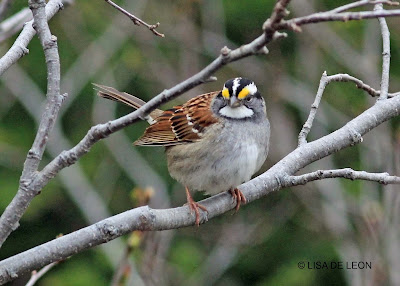 Drive down any wooded road, and it is common to hear the very distinct whistle of this bird. It begins with a single, high-pitched note followed by series of notes. It is like a fanfare played on a flute. 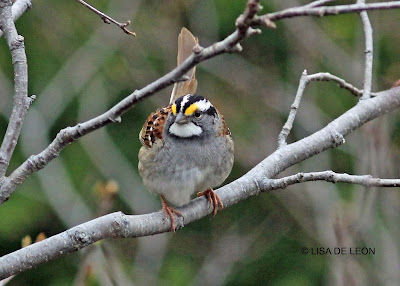 More often than not, the White-throated Sparrow will be perched near the top of a tree some distance from the road singing away. When lucky, it will just appear right in front of you. This plucky little sparrow doesn't seem to be afraid of people, but is rather more likely to follow its own agenda. It may come close; it may not. 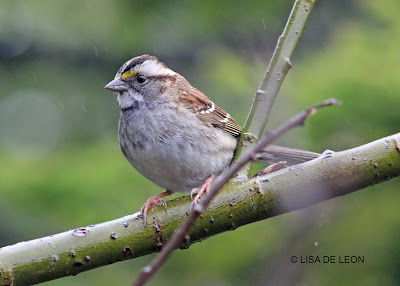 When they do come near, it is easy to see there are two different color variations: The tan-striped morph and the white-striped morph. 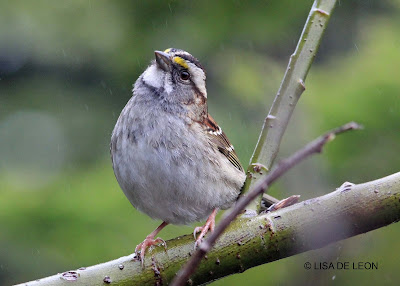 It is common to see a tan-stripe and white-stripe, plumed birds in the same proximity, because they almost always breed across morphs. 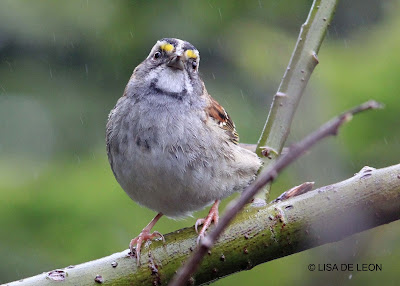 Because I have often seen the two together, I mistakenly thought the duller plumage was that of a female while the brilliant white-striped bird was probably the male. That was wrong. So, I began to wonder how to differentiate the male and female. 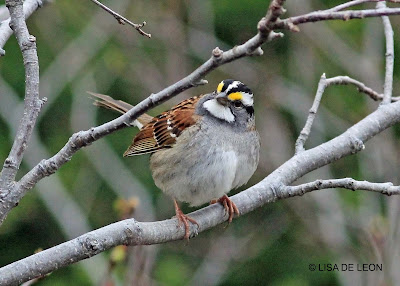 From my reading, I garnered that there are slight variations in color between the genders. However, the one field mark most likely born by the male is its brighter yellow fore supercilium. 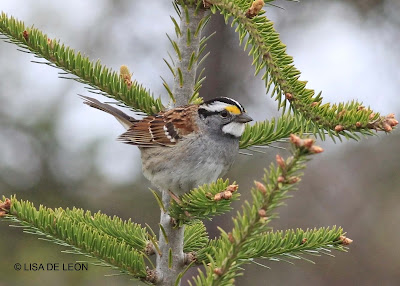 Studies have shown that the tan-striped, White-throated Sparrow (regardless of gender) tends to be more attentive to the young. 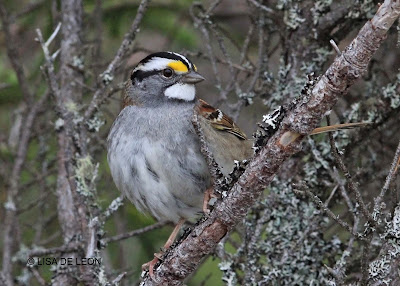 And so, as I see pairs of these birds over the next week or so as they "set up house," I will look more closely to see if, indeed, the pairs are of two different morphs, attempt to identify male and female birds, and later, watch to see which one seems to be carrying out the parental responsibilities. 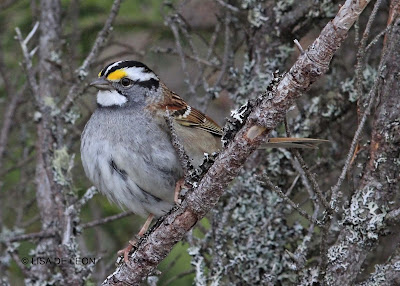 This species tends to nest on the ground near a stump or low in the tree. It would be interesting to try to see the nest which is a small cup. The female builds the nest over 5 to 6 days. That info may also offer clues to identifying the female.
Posted by Lisa de Leon at 7:20 AM