What will May Bring? 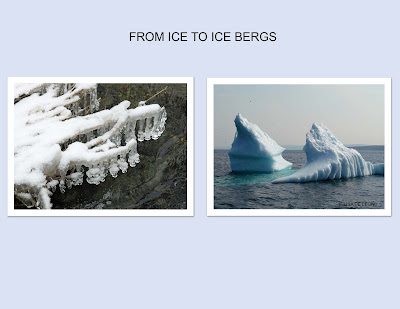 The winter tires, snow blower, shovels, and window scrapers have been stowed away and the summer treads, the lawn mower, rakes and garden hoses have taken their place. The rain barrel has been flipped over, a small greenhouse assembled and seeds are planted. It has happened - the long, hard, cold, windy and snowy winter has slipped away and spring has taken its place. All around us the sights and sounds of the landscape are transitioning into welcome color and melodies. None too soon, I should add. 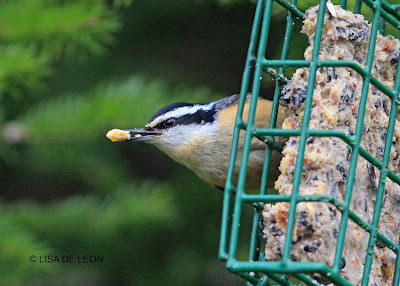 Over the winter, we have been kept engaged by the hardy little birds that choose to winter here. Birders and the bird-friendly have kept food supplies going at several different locations making it a little easier for them to survive. 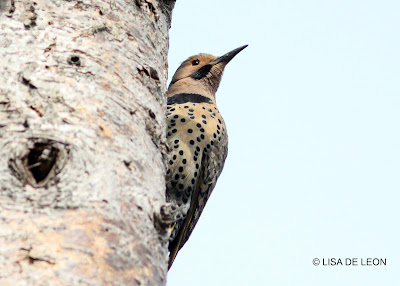 April brought in some new birds that have set the Trans Canada Highway afire. Example: A White-breasted Nuthatch (only the second record ever) appeared at a feeder in Sandy Cove. 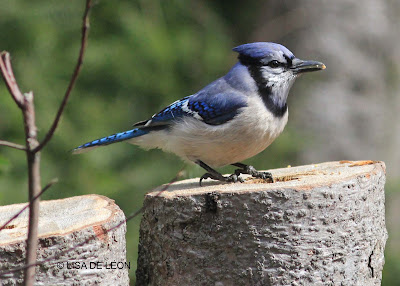 The Pink-footed Goose vanished toward the end of April, but the Greater White-fronted Goose of Biscay Bay lingers. 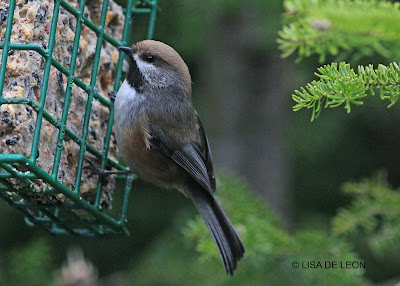 Small birds that returned during April include the American Robin, an amazing male Rose-breasted Grosbeak in breeding plumage, a Blue Grosbeak and several Pine Grosbeaks. 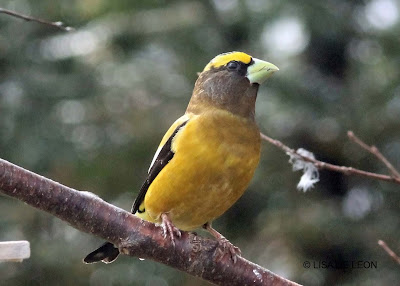 The Gray Heron continues to be seen in Little Heart's Ease and a Little Blue Heron was reported at Point Verde. The Wilson's Snipe have returned, owls are nesting, the Northern Harrier, Rough-legged Hawk and the Osprey are returning to our skies. A Laughing Gull and an American Golden Plover showed up in Portugal Cove South as well as a Blue-winged Teal at Third Pond, Goulds. A Chaffinch was visiting a feeder in Corner Brook, and an Ipwich Savannah Sparrow was reported in St. Lawrence. Greater Yellowlegs and Canada Geese are showing up all around. It has been an interesting April mixed with the expected and the unexpected. 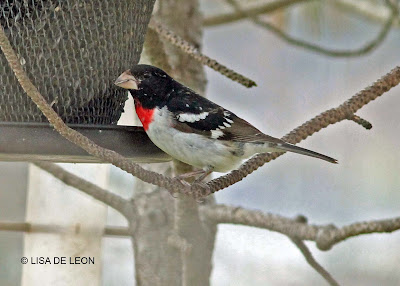 One of the best highlights of April arrivals for me was this great male Rose-breasted Grosbeak - my first.

I was really surprised by the blackness of the head and the brilliant red on its breast. This is a beautiful little bird and so unlike any others I have seen. 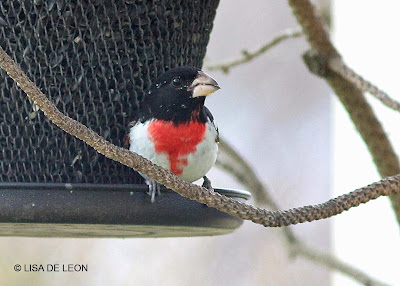 So what other birds can we expect to see during May? A lot! There will hopefully be birds everywhere. The Codroy Valley will come alive at the end of the month with a number of birds we rarely see on the east coast.
Soon to be seen on the Avalon Peninsula are different species of terns, and murres and puffins. 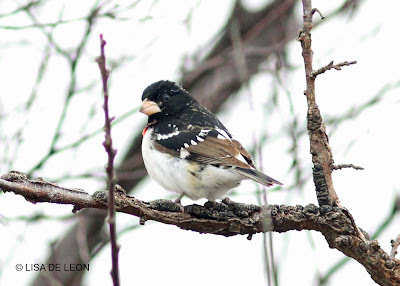 The swallows will show up soon, and there will likely be at least three species for us to enjoy. 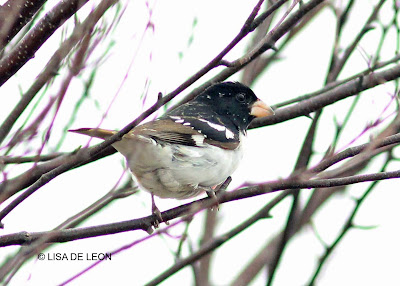 Several species of sparrows will return and hide away under every shrub and sing loudly on the branches. 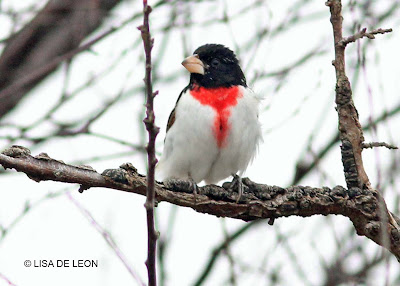 Warblers and thrushes will trickle in one species at a time. Blackbirds will likely appear, though few and far between. The American Bittern will soon be heard around Long Pond and Bidgood's Park. 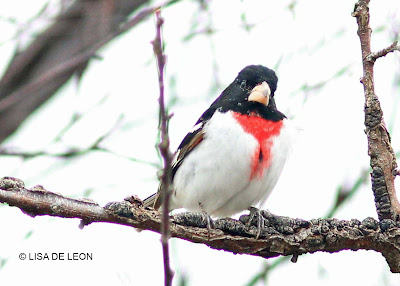 A few shorebirds including Spotted Sandpipers and Least Sandpipers will pop up here and there. 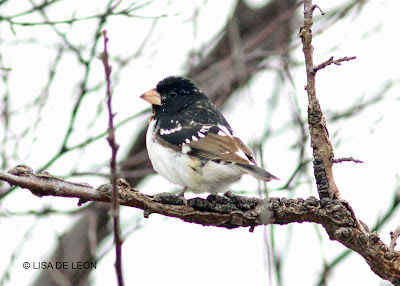 Suffice it to say, this is the time we have all been eagerly awaiting. Each day the excitement grows. The birds mentioned here are the most likely sightings for the month; however, there are sure to be a few unique arrivals (like the White Pelican that arrived last year.)
(Note the picture of the underneath of the Rose-breasted Grosbeak below.) 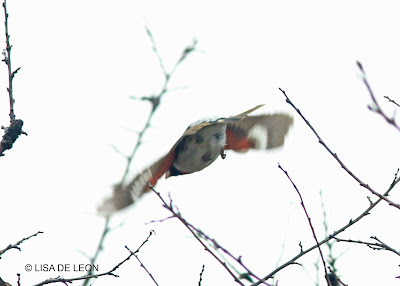 So where are some of the best places on the Avalon to see these new arrivals? The usual pond walks will surely be productive. Blackhead, Maddox Cove and Goulds will  yield plenty of birds. In Goulds, Power's Road and Bidgood's Park will come alive with returning birds. Later in the month Cochrane Pond Road will be a good location for thrushes and warblers. East Coast Hiking Trails like La Manche and more will offer up Black-throated Green Warblers and possibly thrushes. There will be so many options, it will be hard to decide where to go.
The days are getting longer and at 5:30 a.m., I had a robin sitting on a wire singing its heart out. Words could be set to the tune: ♫ More little birds are a'coming ♫ A lot of birders will come out of hibernation, dust off their binoculars, dawn their rubber boots and gas up the car! The time is now.