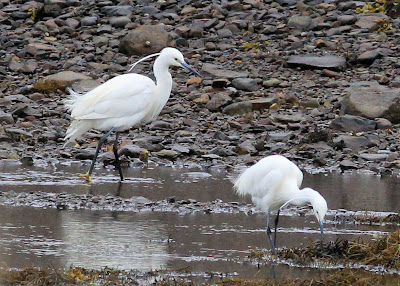 As sure as the nose on your face, the first long weekend of summer, May 2-4, is going to be fouled by wind, rain, cold and even snow (lots and lots of it in Gander.) There are the die hard outdoors people who will spend the entire weekend out camping, fishing and birding, despite the discomfort associated with it. 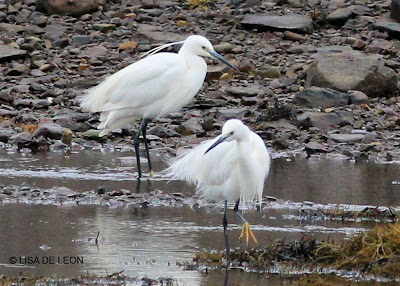 For me, I stuck close to home most of the time with my fireplace ablaze eating comfort food, until......  Monday morning. Fog drifted around my house and the drizzle was steady. Despite this, I was driven by an urge to go to Fair Haven to try to get a glimpse of the Little Egrets reported in that area. I figured the fog may have prevented them from leaving, as so many travellers to Newfoundland know so well. 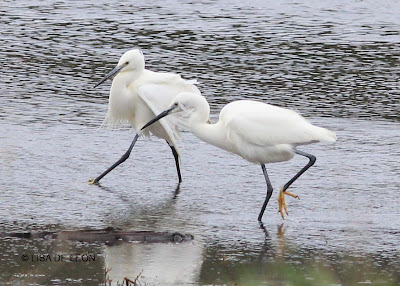 Within a half hour of the urge, Margie M. and I were on the high road heading straight for Fair Haven. In less than an hour and a half, we were there, and we were rewarded for our effort. 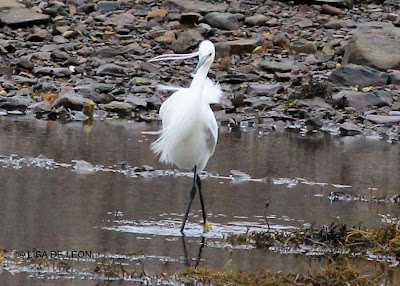 As we turned into the community, I could see both little egrets feeding not too far from the road. What a sight! These birds are beautiful. 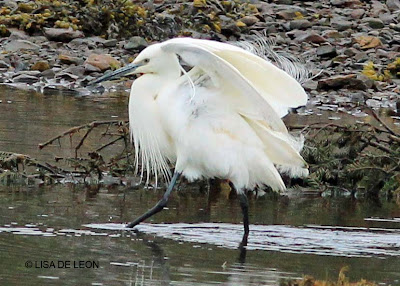 During breeding season, these birds are typically found in Europe, Africa, Asia and Australia. Yet, here they are - two Little Egrets in breeding plumage. The amazing twist to the story is that one of the residents from Fair Haven reported this has happened regularly over the years. 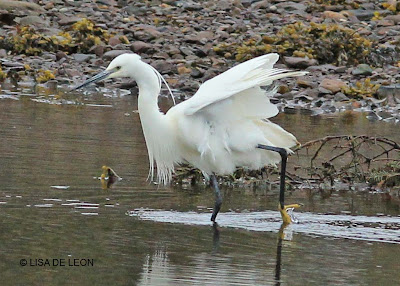 We watched and admired these birds from a distance for quite a while. We also encountered several other city birders who opted to spend the holiday Monday doing the same thing we were doing - admiring these rare visitors to our province. 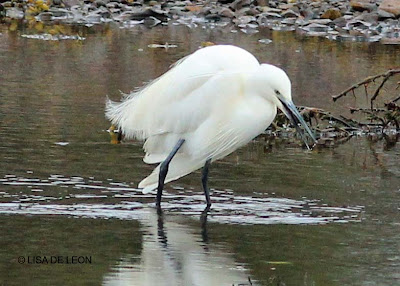 The community of Fair Haven is nestled around the coastline of a small inlet. It was low tide and prime time in the morning to see several birds busily gathering breakfast. 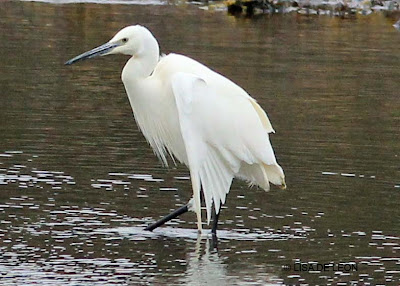 A slow drive around the estuary uncovered several homes sporting full feeders, and there were birds everywhere - in the yards, in the trees, along the water's edge and in the air. This is one of the most bird-friendly communities I have ever seen. No wonder rare birds drop in for a visit from time to time. 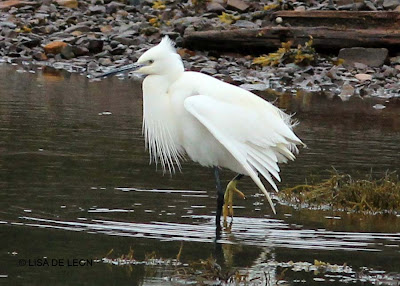 When we finally took our eyes off the egrets and really started to look around, we found two Spotted Sandpipers, heard a Ruby-crowned Kinglet, and a winnowing Wilson's Snipe, saw Boreal Chickadees, two Osprey and one very hungry Bald Eagle. (Pictures for another post.) 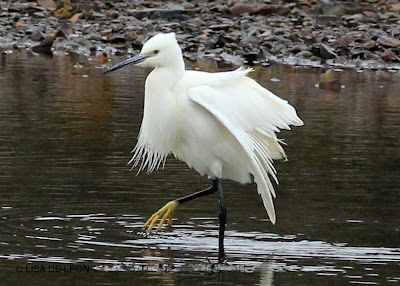 On the 12 km drive back to the highway, we decided to stop and check the roadside for small birds. We were rewarded! 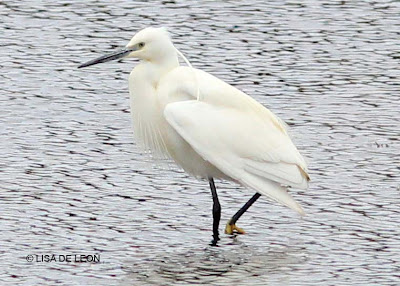 Along the way, we saw about five Fox Sparrows, a Swamp Sparrow, a White-throated Sparrow, a Gray Jay, two Black-capped Chickadees, three Yellow-rumped Warblers and missed identifying a medium-size dark brown bird. Even in the cold weather, the birds were moving. 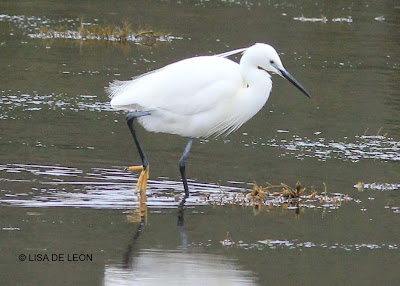 After a week of bad weather and no birding, this half-day experience was invigorating. We were lucky enough to see the Little Egrets, our goal, and also lots and lots of other bird activity. 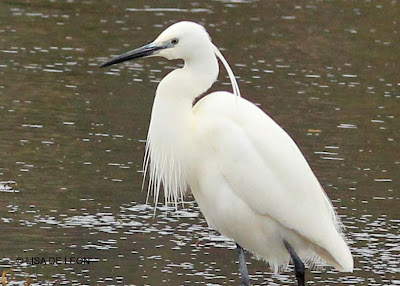 Within a week or so, the woods should be full, good weather should return, and the hunt will be on!