A Burst of Sunshine and Out Pop the Birds 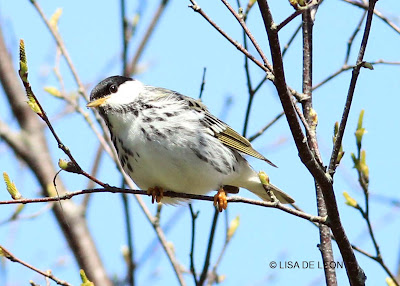 After two weeks of dreary weather, the sun that broke through yesterday lured me out for several hours to see what changes have occurred with the bird population over the last week. The warmer it got in the day; the more birds began to pop up. 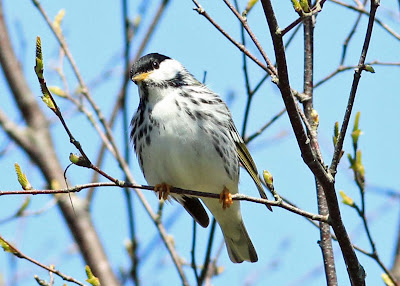 The excitement of not knowing just what might be around the next corner is palpable. Each little chip or song leads me in a new direction. This lone, male Blackpoll Warbler seemed to be the first to return in Goulds. Seeing each species return is somewhat like seeing them for the first time, except there is a sense that an old friend has come home. 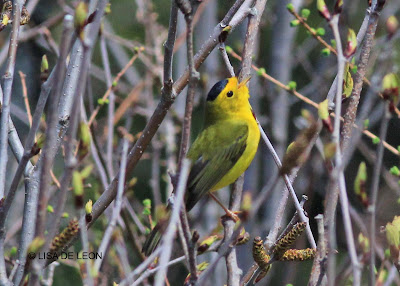 I think this Wilson's Warbler, photographed yesterday, may have been one of the unidentified birds I heard last week. This one was still quite shy and didn't really expose itself very much, but that didn't impede its singing ability. 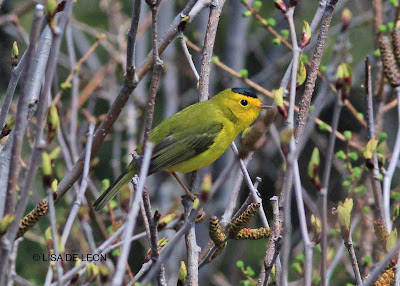 Also reported for the first time yesterday was the arrival of the Black-throated Green Warbler in St. John's. Not far behind will be the Yellow Warbler, the Magnolia Warbler, the Mourning Warbler, the Tennessee Warbler, the Common Yellowthroat and the Black and White. Beyond that, at least here on the Avalon, any other kind of warbler is capable of generating a happy dance! 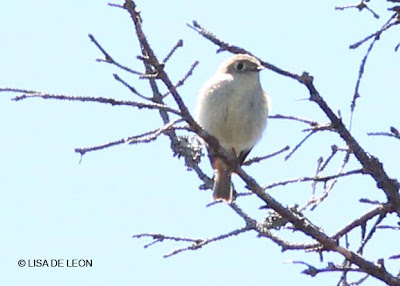 The small little Ruby-crowned Kinglet is back in full song. I saw two yesterday in different areas, and the bigness of the song comming from this small little bird dazzles me every time. 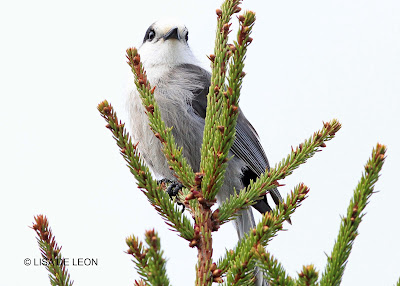 Just Monday, I was in a discussion about how seldom we see the Gray Jay in and around St. John's. Then, out of the blue, I saw four yesterday: Three on Blackhead Road and one on Power's Road. 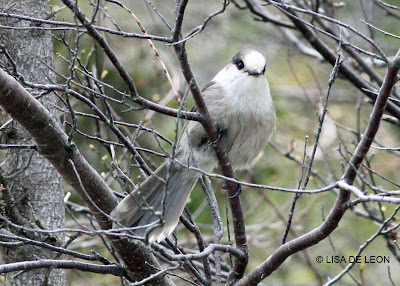 It is always a pleasure to see these naughty jays. They are so social and will often come near looking for handouts and stay around forever if they think there is a chance of getting something to eat. 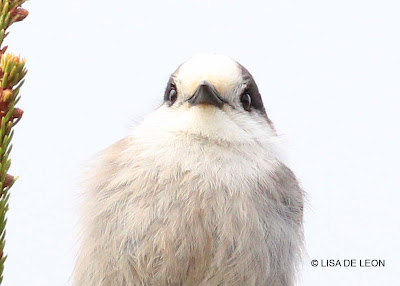 All of the Spring birds are looking clean, bright and very mate-worthy these days. 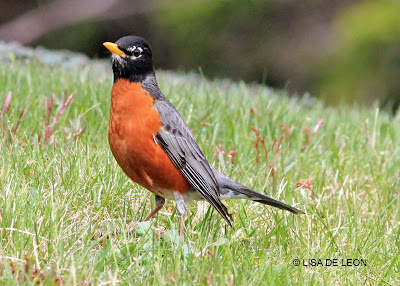 Is it any wonder the American Robin is dubbed "Robin Redbreast?" They never look so red as they do at this time of the year. Their numbers are increasing, and they are busy staking out their nesting trees these days. 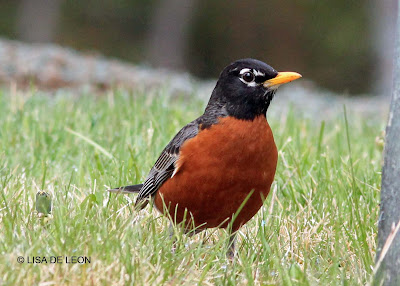 It is time to enjoy the birds now, because in a short time they will begin sitting on eggs and then caring for the young. While all of that is happening, they won't be nearly so free with their time.