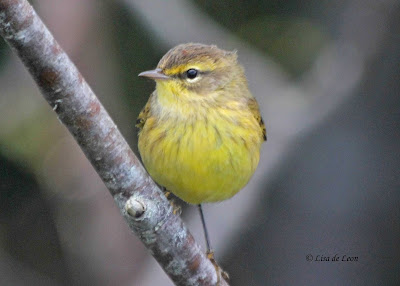 The small birds are on the move now! Fall migration often brings in some special birds on the Avalon Peninsula and birders are loving it. With such an active time for birds and birders, it is a rare treat to have a few moments alone with brightly colored Palm Warbler. 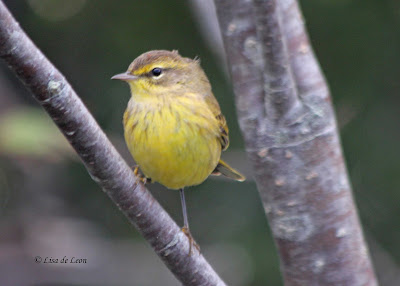 It seems the Palm Warbler is separated into two races, not species. This is the Yellow Palm or Eastern Palm Warbler. It's bright yellow color is very different from the Western Palm. 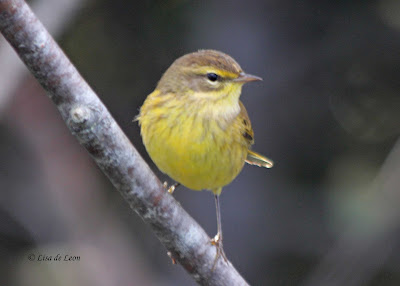 Field marks characteristic of both the Eastern and Western races include: 1) Chestnut colored crown; and 2) Wagging tail - it goes up and down but in a wider sweep that birds with a flicking tail. 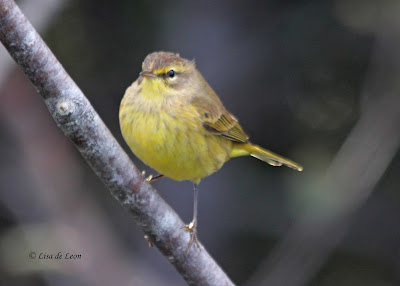 The main difference between these two races is the uniform yellow color of the Eastern vs. the yellowish/white breast of the Western. 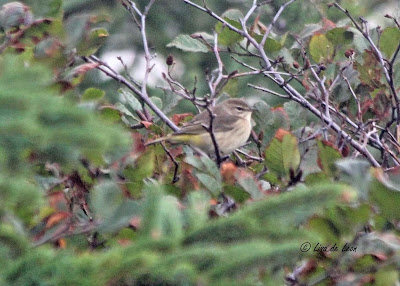 The Western, photographed last year, shows a distinct contrast between the light-colored breast and the intense yellow under-tail coverts. 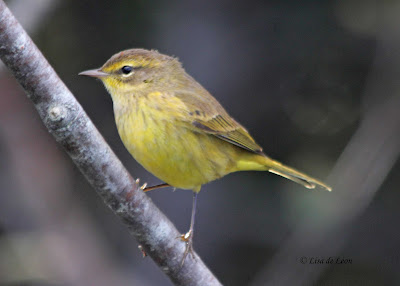 It is interesting that these races are named for the area in which they breed - east and west. However, during winter they will cross lines. Both sub-species winter in the south, but it is the Eastern race that often winters further west (as far as Texas) and the Western that stays in Florida. 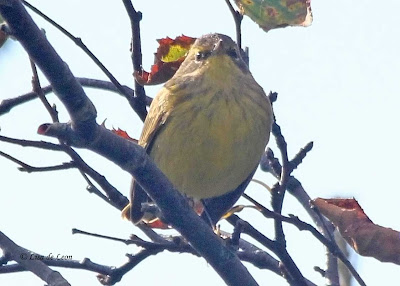 This Yellow Palm was found on Blackhead Road on September 29 while the Western was located on October 1, 2011 about 1 km. away from this location. The rhythms of bird life and movement are remarkably predictable from year to year. Keeping this in mind, I find myself going back to birds seen in October of last year, as well as their location.  Who knows? They just may  reappear within a few days of previous visits and in nearby locations.


There is no doubt it is "twitching" time again.  I don't know whether to head out to try to see the Great-crested Flycatcher or whatever else Blackhead Road may offer or to head to Pouch Cove to look for the Gray Catbird. Maybe, I can do both before the showers start in the afternoon. The problem with that is I was reminded that at this time of the year, the birds stop moving around at about 9:30.﻿
Posted by Lisa de Leon at 5:30 AM