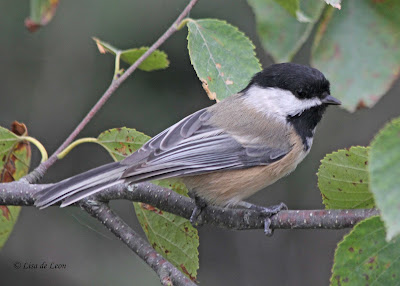 The flutter in the forest has waned. No more flashes of color or choruses of song greet me on my walks through the trails. Most of the warblers have departed with only a few stragglers left behind. I did see a Black and White Warbler last week.  It was the first in quite a while and may be the last of the season for me. To me it seems odd that I have seen almost as many Black-throated Green Warblers recently as I have Yellow-rumped Warblers. 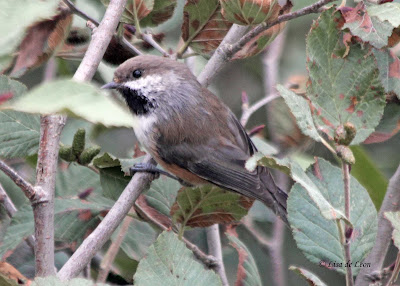 Nowadays, there are only the small wintering woodland birds that are most filling up the woods. They don't seem to group in large numbers, but three or four can often be found together, sometimes more with a mixed flock.  These birds are vocal. 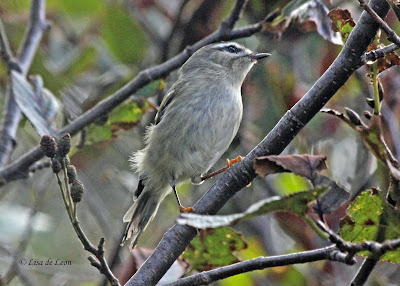 It is those vocalizations that give away their presence. Often, at this time of the year, uncommon and rare migrating birds tag along with these little flocks.  That's why no flock of small birds can be overlooked. This is the time of year when any bird might just pop up. For example, a male Black-throated Blue Warbler was travelling with a small group of Golden-crown Kinglets, too good to be missed. A Prairie Warbler in the community of Blackhead was located by following the sound of Golden-crowned Kinglets. 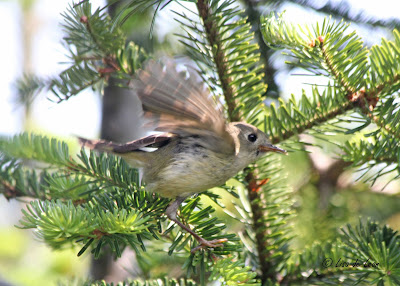 Ruby-crowned Kinglets are also easily found at this time of the year. So far, I have found them loosely associated with a few late-departing Yellow-rumped Warblers. 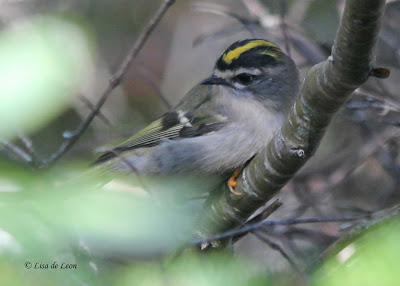 Two Indigo Bunting, a Northern Parula and a Golden-crowned Warbler were found among a flock of chickadees, kinglets, and juncos in the Blackhead. 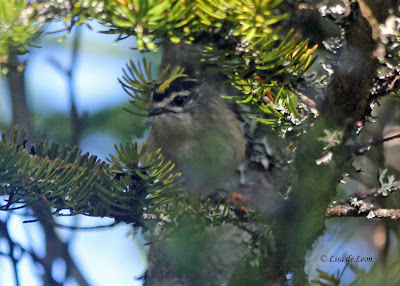 Recently, in La Manche and Tors Cove, a Black-throated Blue (female) Warbler and a Magnolia Warbler were found with a mixed flock of chickadees and kinglets. Almost everyday, something special is being reported. Yet, it is possible to walk through a long and winding trail only to find nothing but a Fox Sparrow or a White-throated Sparrow. Soon enough, they will also be gone. 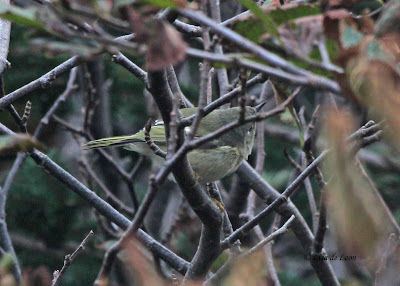 Kinglets, although they can change appearance through the seasons, are pretty easy to identify by size alone. This Ruby-crowned looks very little like the one photographed in the peek of breeding season in June. However, the size, shape and sound clearly indicate "kinglet." 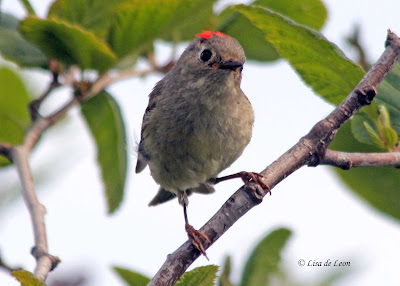 Birding for small birds now requires patience, alertness, good vision and good hearing. It really is all about following the chatter of the familiar to uncover the hidden treasures passing through.﻿
Posted by Lisa de Leon at 9:40 AM