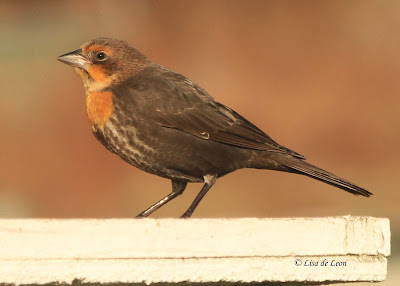 While most people really dislike the "big" winds, birders see them a little differently.  A big wind coming from most any direction can send birds off course and straight to us. This is an example. 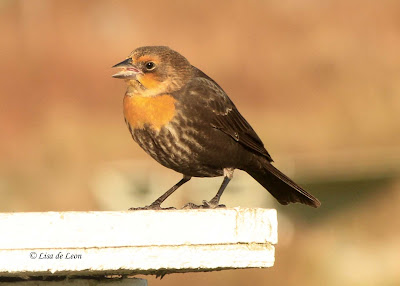 This female Yellow-headed Blackbird showed up in Portugal Cove South the very day after I was there.  It was a bit of a heartbreak, because I didn't think I would see it. 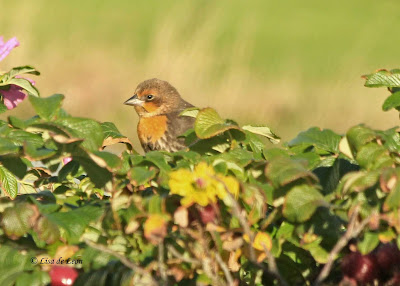 After following the regular posts about this bird, I saw that not only this one but also a male of the species joined her at a special feeder in the area.  One by one, reports were being made of the great show they were putting on. 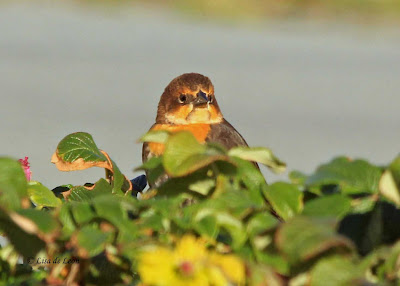 Well, on Sunday I could no longer control my desire to see the bird.  I got a late start but headed straight for PCS without the usual dallying around other birding spots. 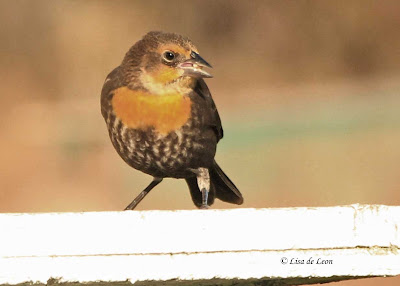 Having arrived just before noon, I pulled up beside the road and stared at the feeder and the large rose bush underneath. Nothing! Oh, no!  Where were the birds?  When checking with the owner, a great friend of the birders, several birds flushed from under the bush. I got a fleeting look at the blackbird as it flew away. This was not good! 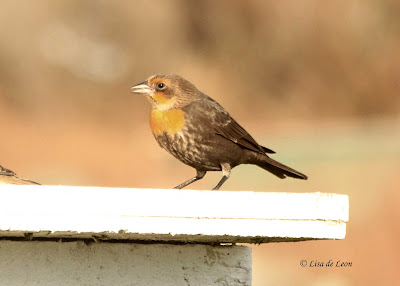 We, my birding buddy - Margie and me, were advised to come back in an hour. It would surely return.  Also shared was the fact the male had not been seen on that day.  We decided to beat it to St. Shott's and come back. Well, St. Shott's was bustling with activity. (Another story) 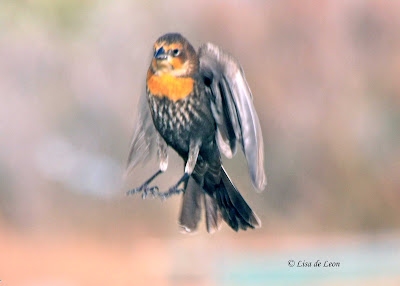 Within two hours we were back in PCS only to find nothing at the feeder. Our hearts sank.  We sat and waited. We drove around PCS looking for any bird activity. We sat and waited. More than an hour and a half passed and not a bird went to the feeder. We took one more spin up the road and were about to leave town with no more than a fleeting look at this bird in flight.  Just as we passed by the house again, the owner and his wife flagged us down and pointed to the bush.  We pulled in behind the house, and within minutes had very satisfying looks at this great bird. 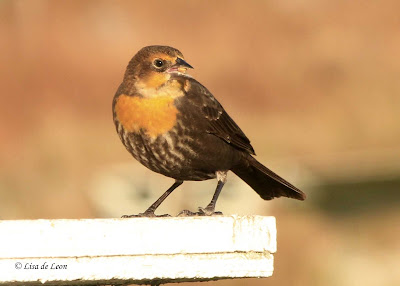 The Yellow-headed Blackbird was not even on my watch list, because I didn't figure I would ever get a chance to see one. It was on my "wish list."  And there it was, large as life! Just in the nick of time, I should add because we were heading back to town. Reports indicate the bird never returned to the feeder the next day. 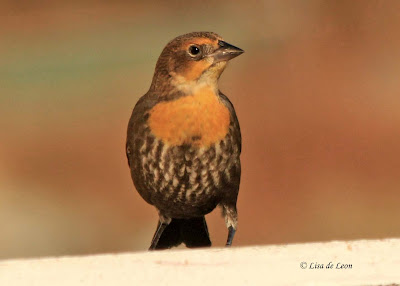 We were very lucky as this was a near miss that turned into a big hit!﻿
Posted by Lisa de Leon at 9:00 AM