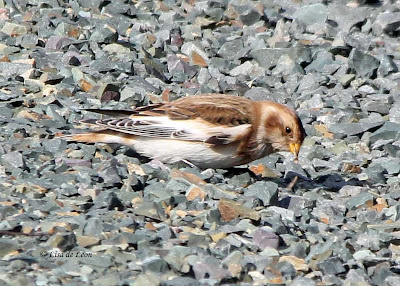 Last Saturday there was a significant amount of bird activity on Blackhead Road.  There weren't oodles of birds, but those that were there proved to be migratory birds.  A great treat! Having gotten a good look at an Indigo Bunting and a fleeting look at an Orange-crowned warbler, I decided to move up the road where I ran into Dave Smith.  He told me he had seen a flycatcher, a Redstart, and a warbler of yellow color (Palm) near the cabin. 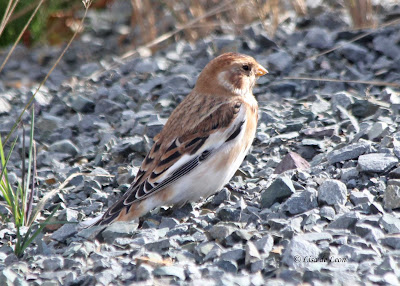 Within ten minutes of my "landing," I saw the Alder Flycatcher and the Palm Warbler. Hanging on for a while longer in the hopes of seeing the Redstart, I was stunned with flashes of white and brown zipped through the woods about 20 feet in from the road.  What as that?  I certainly was not expecting a Snow Bunting in this wooded area. 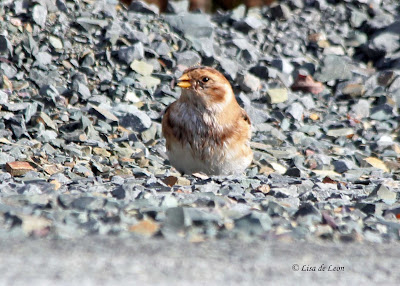 In short order, he swept through the woods again and crossed the road landing in the deep grass in the ditch.  I could hear the whistling-like call and moved toward it.  It burst up from the weeds onto the side of the road where it stayed for quite a while. It is common to see the Snow Bunting during winter months, but it seemed a bit early for their arrival in September.  Let's hope this is not foreshadowing of an early arrival of winter.﻿
Posted by Lisa de Leon at 8:07 AM