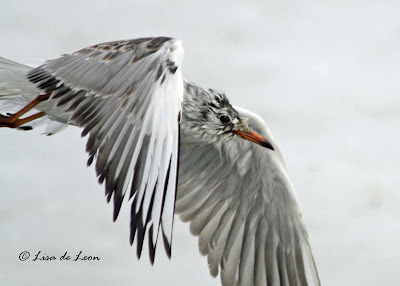 The Black-headed Gull is typically a very sharp looking gull, both in the winter and summer. In the winter it loses it dark brown head and transitions into a white head with a dark spot on the head. It is small by gull standards and has great black marking on the tips of the wings and tail. 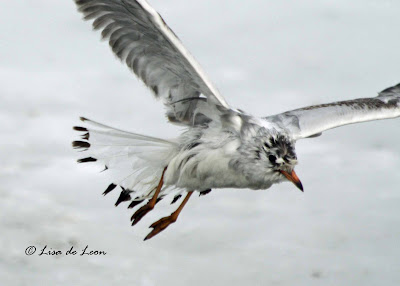 It is the time of the year for birds to change back into their breeding plumage to look even more stunning. I spotted this Black-headed Gull from a distance and noticed that its head plumage was changing so I began to shoot it as it flew in to land at QV Lake. As it got closer I was very surprised to see the sad state it was in. It looked like it may have been tossed and turned by a predator, as I don't think even the winds we get could do this. 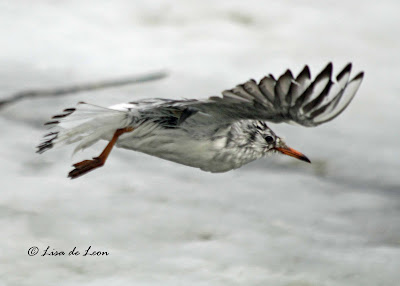 Nevertheless, it seemed healthy. It flew strong and still had a glint in its eye. My guess is that this torn up little gull is a survivor.

When birdwatching, everything is not perfect. Sometimes I witness a raptor chasing and/or capturing a smaller bird; I see birds that look like they have battled for their life; I have seen great birds like a Merlin dead on the roadway; and occasionally, I come upon a bird in the wild that just didn't make it. All of these things are a part of the bird watching experience. After all, in Nature it is all about the survival of the fittest.
Posted by Lisa de Leon at 9:27 AM