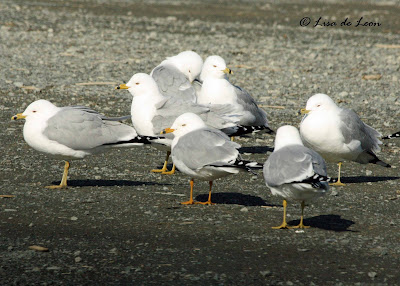 Spring is here and all around us birds are changing and returning to familiar locations. This group of Ring-billed Gulls is among hundreds, maybe thousands, that have returned to Newfoundland. They are bright and clean. Yet, even among them there are variations. In this shot there is one gull that stands out with its amazingly orange legs. 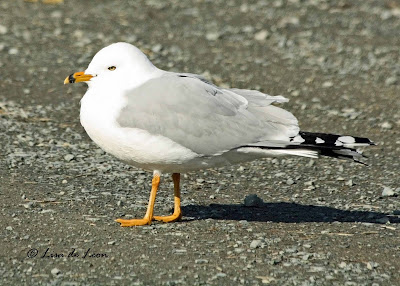 I included the above shot to demonstrate the significant difference between the color of this RBG's beak and legs and the others in the group. There has been no color correction in either of these pictures. He is a real "stand-out." 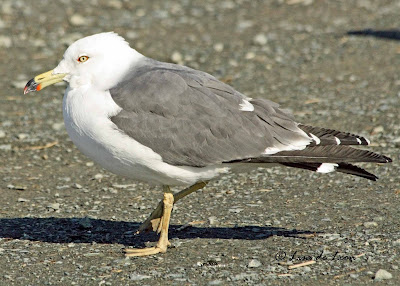 Then, of course, there is the Black-tailed Gull that has been accessible all winter long at QV Lake. These days it can most often be found in the parking lot near the Virginia River outflow. His colors have brightened up a bit and he now has a red eye ring which was not visible during the winter.

I wonder if this gull will soon head for home or will we soon find a hybrid Black-tailed Gull and something else?  I don't think that is very likely because he has really kept to himself during his stay.
Posted by Lisa de Leon at 9:00 AM