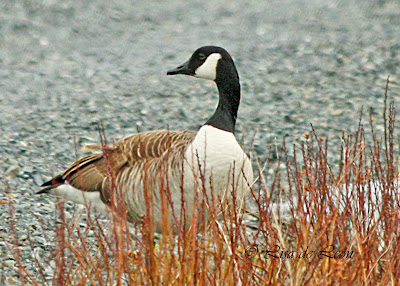 I found this lone Canada Goose at Fourth Pond in Goulds in late May of this year. It was not reported by any other birder so I imagine that it made short stopover and moved on.

It was quite large and very sensitive to my presence, not at all used to people. 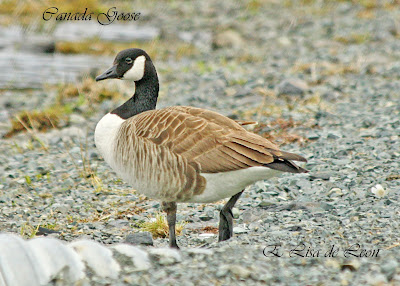 Note the white breast. This is a different coloring from the Canada Geese that I found in a swampy area in Sherwood, Arkansas. I don't know if the difference in color has to do with the time of year or an adaptation to location. I still have a lot to learn. 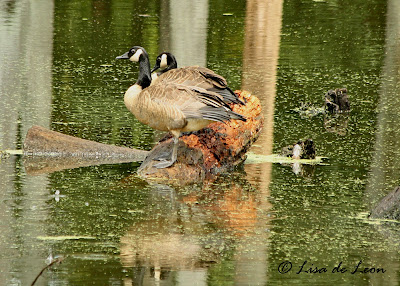 In this image of the Arkansas Geese, the breast is more of a buff color. Yet, the geese in Arkansas were just as wary as the goose in Newfoundland. These are not like the thousands of geese seen in Ontario that frequent the many public parks and farm fields. They maintain their "wild" demeanor. 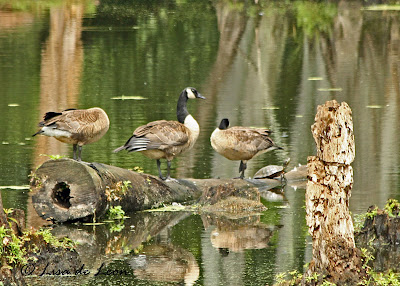 While these birds don't want people to get too close, they don't seem to mind the turtle that is sharing the log. Nature is always at its best when it remains undisturbed by humankind.
Posted by Lisa de Leon at 9:09 AM