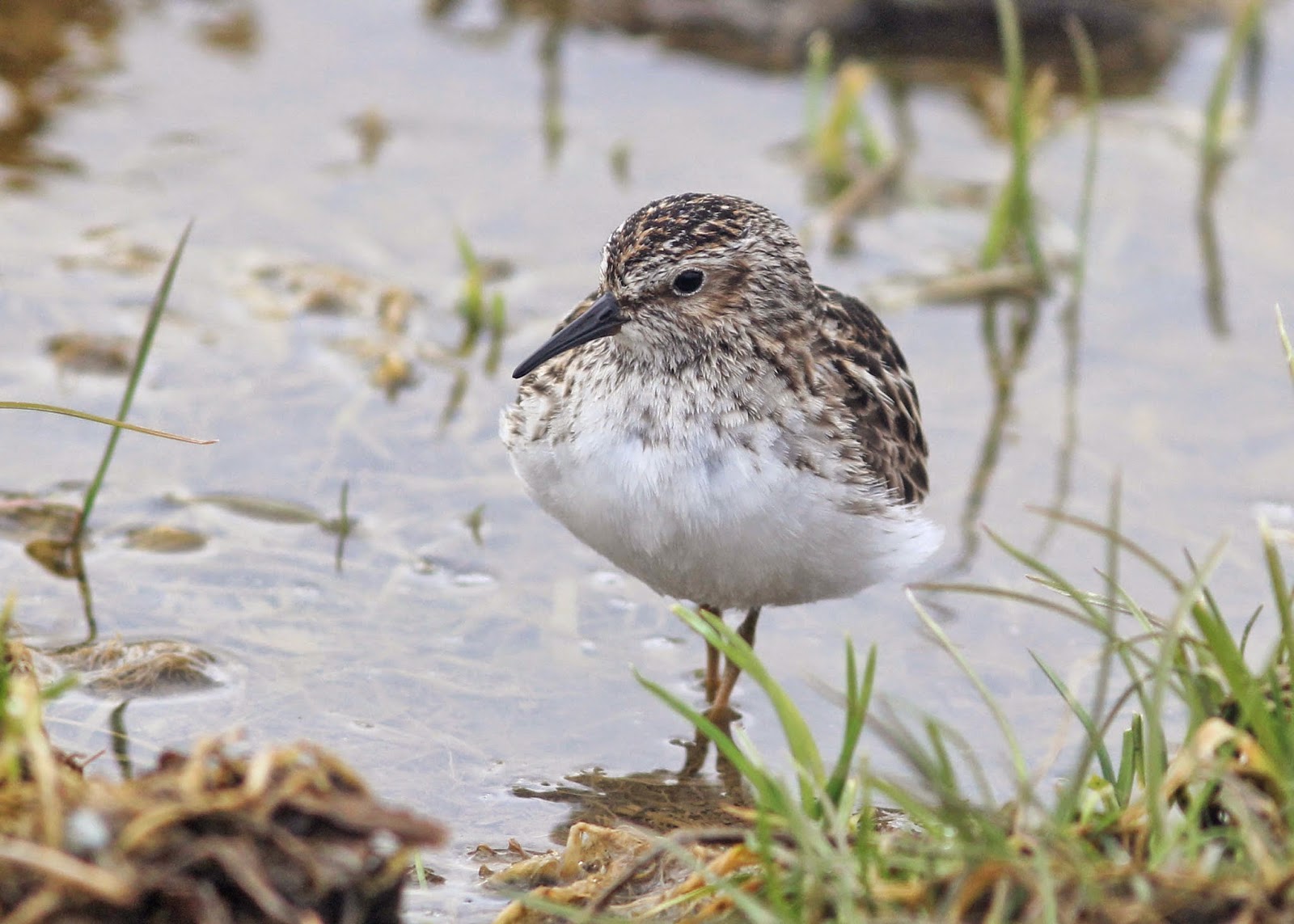 While this is not a very timely post, it was sitting in the cue. These two Least Sandpipers were found in Goulds in May in a field that was being frequented by our visiting Sandhill Crane. What a contrast in size of those two species. 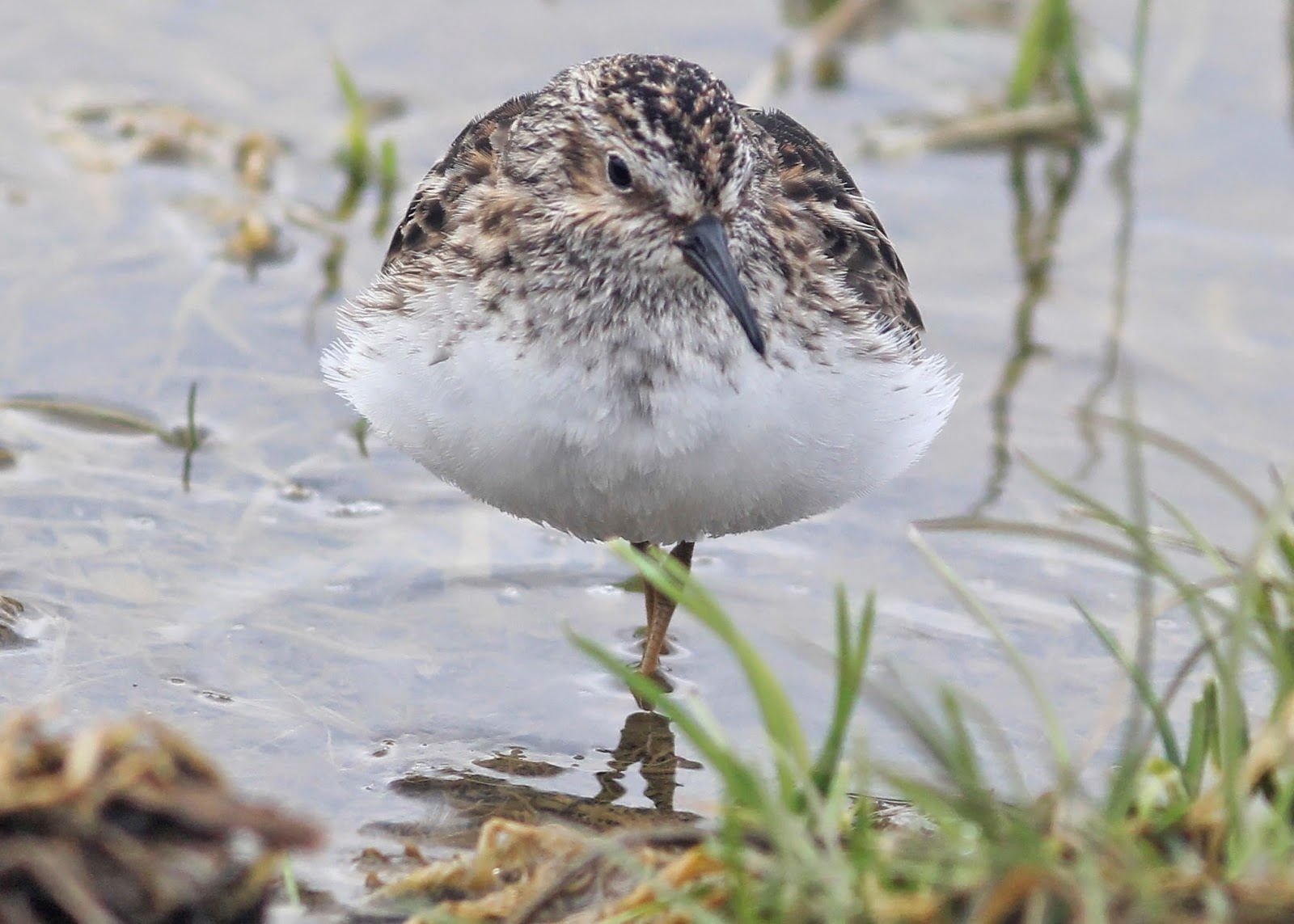 Almost like clockwork, Least Sandpipers appear somewhere in Goulds in May and then move on to other grounds. 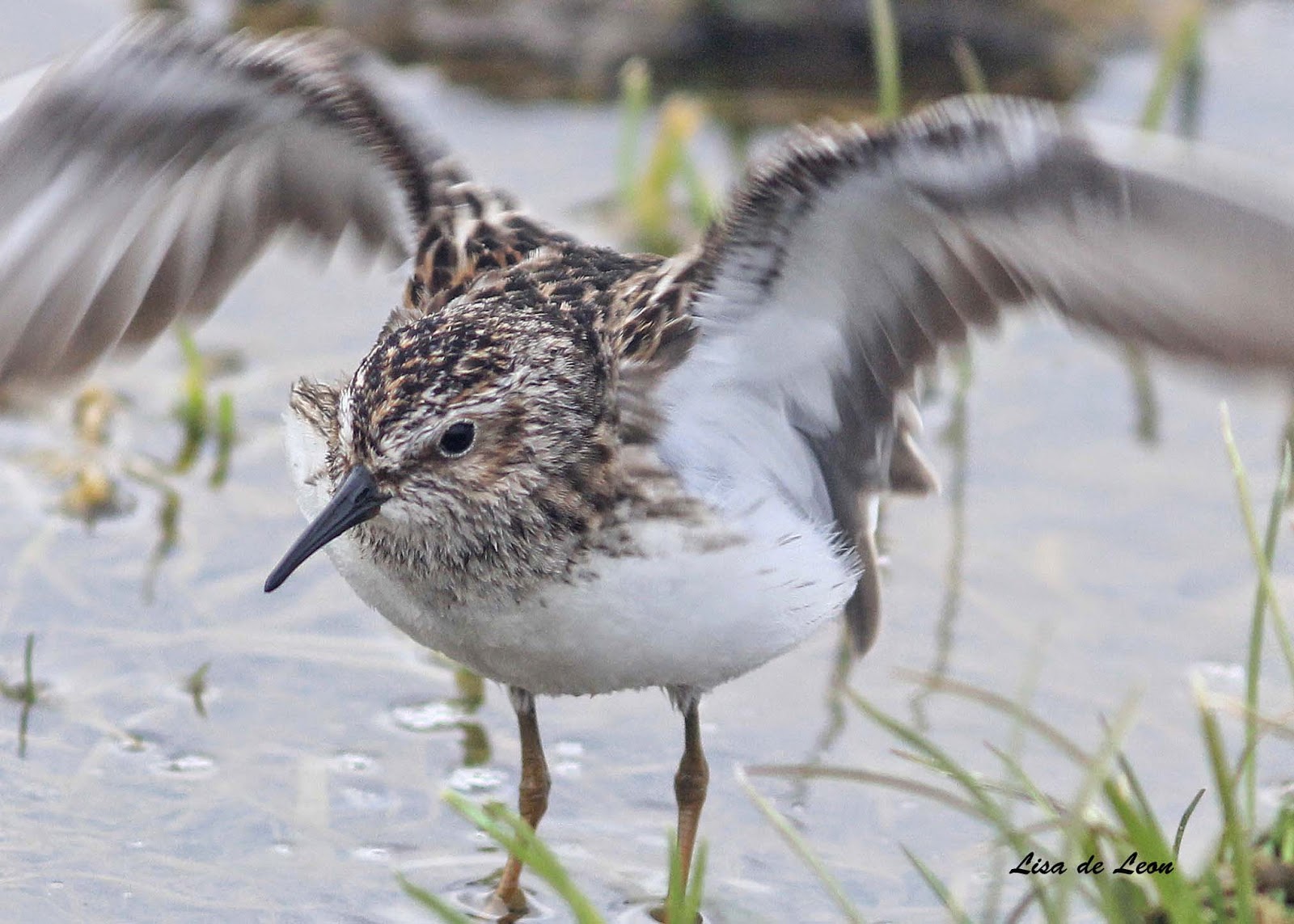 I have also seen some in Cape Broyle in May, as well. While they are seldom here in great numbers, we will likely see some more in August when the shorebirds come back. The Least Sandpiper kind of marks the beginning of good birding, but when the masses of shorebirds turn up, it is a sure sign that summer birding is winding down.
Posted by Lisa de Leon at 7:15 AM