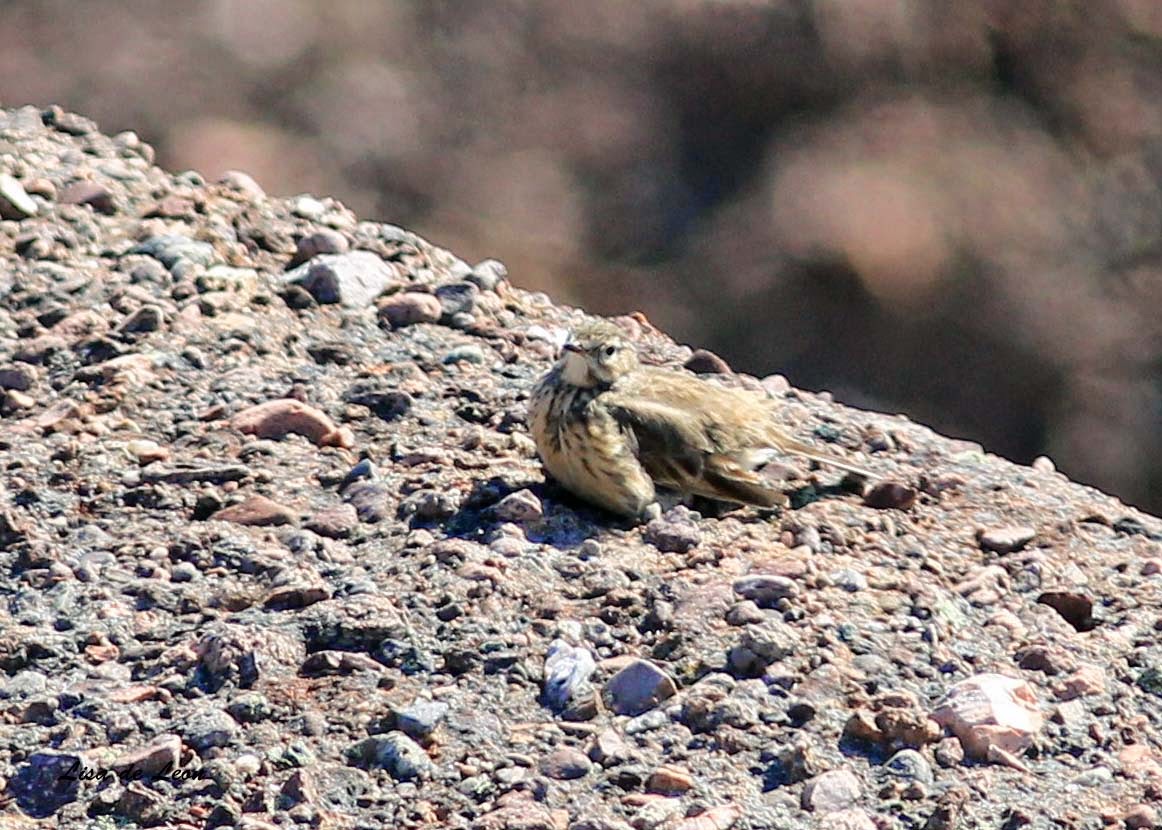 A pair of American Pipits have returned to Cape Spear, likely, to breed. It was a real pleasure to see the young ones there last year. 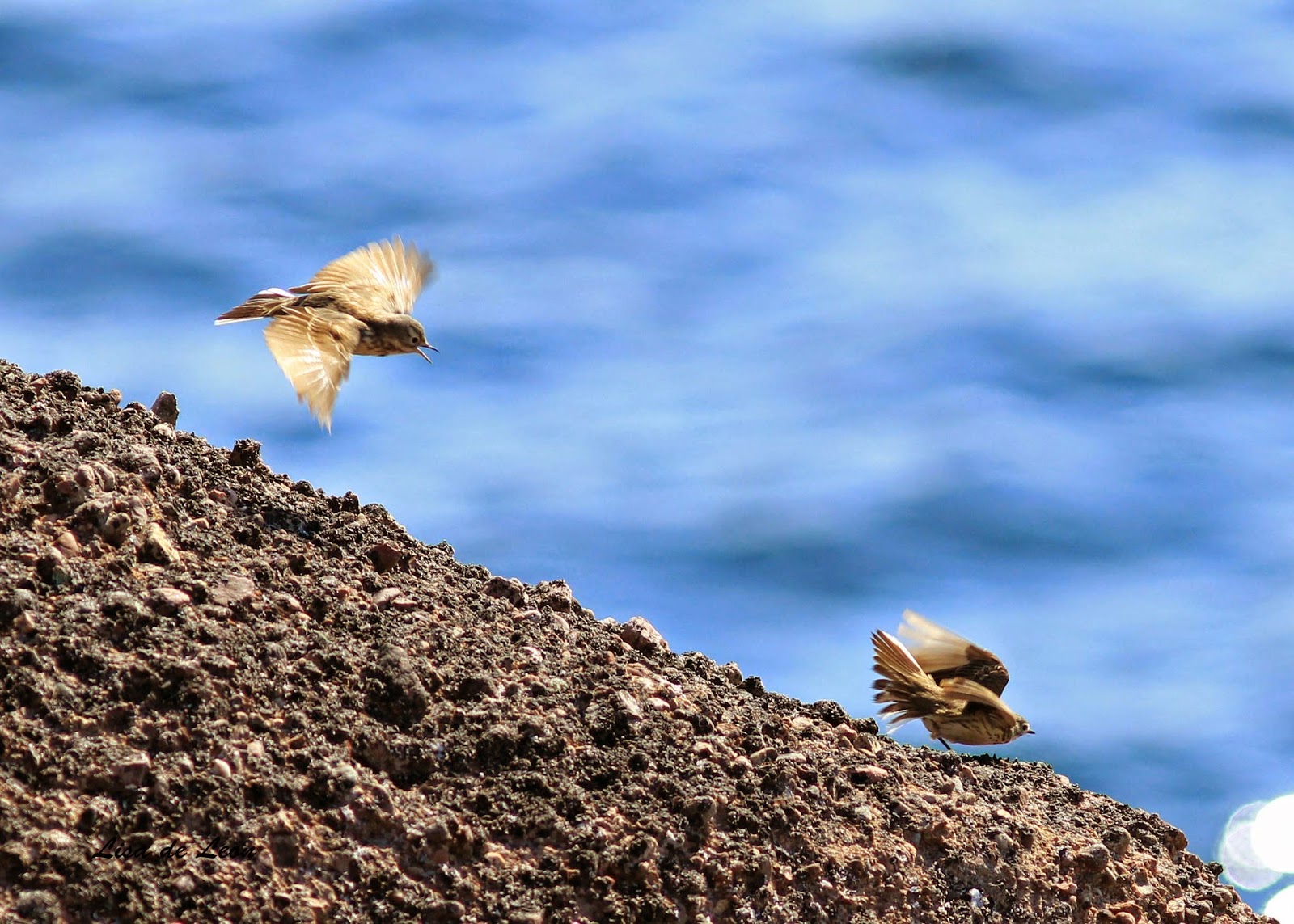 One of the pipits is cool, calm and collected; the other feisty! The relaxed pipit settled in on a rock for its morning grooming and a little sunning on a warm rock. 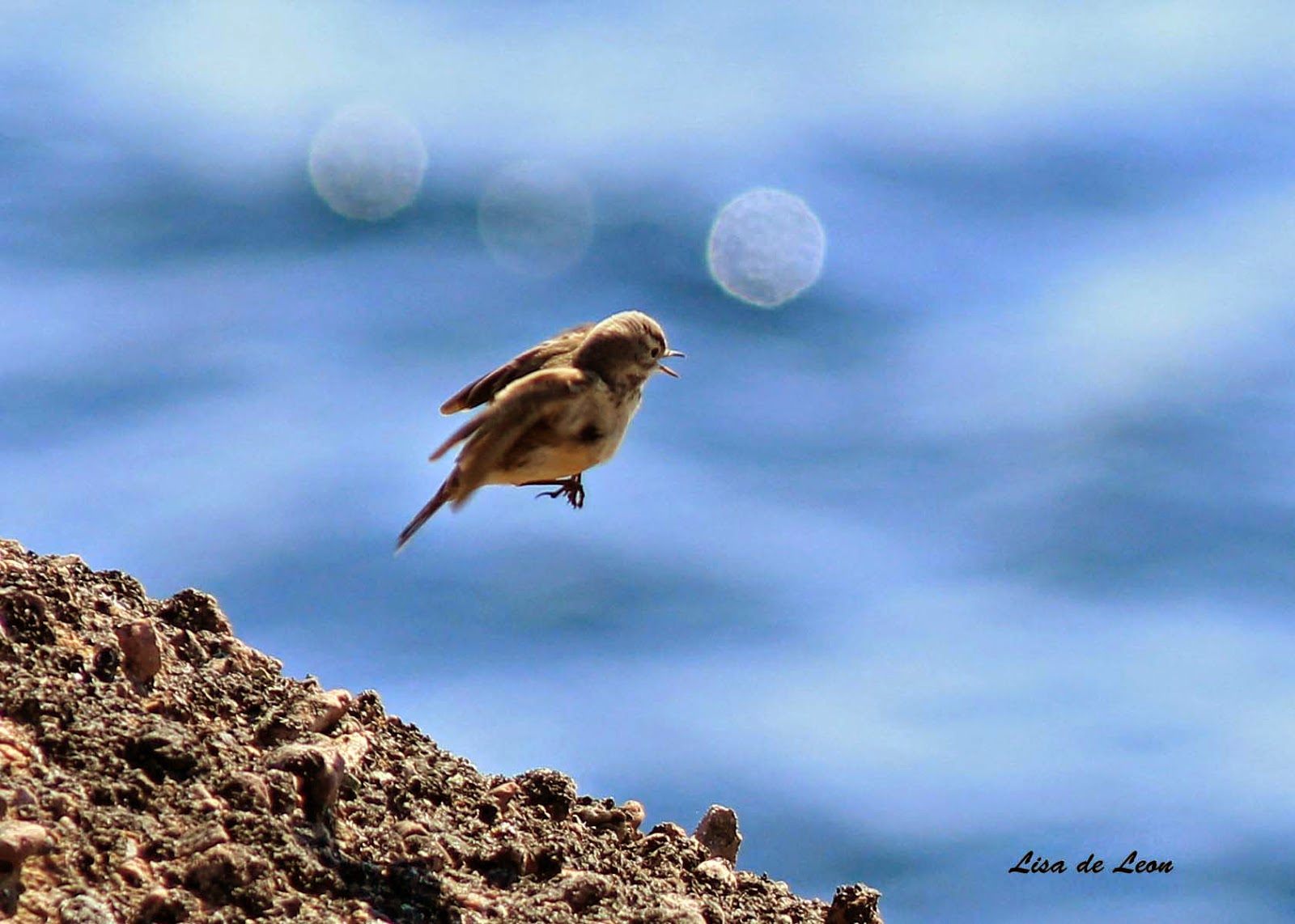 The spirited pipit couldn't stand it. It buzzed the carefree pipit, jumped over it, and was generally irritating. 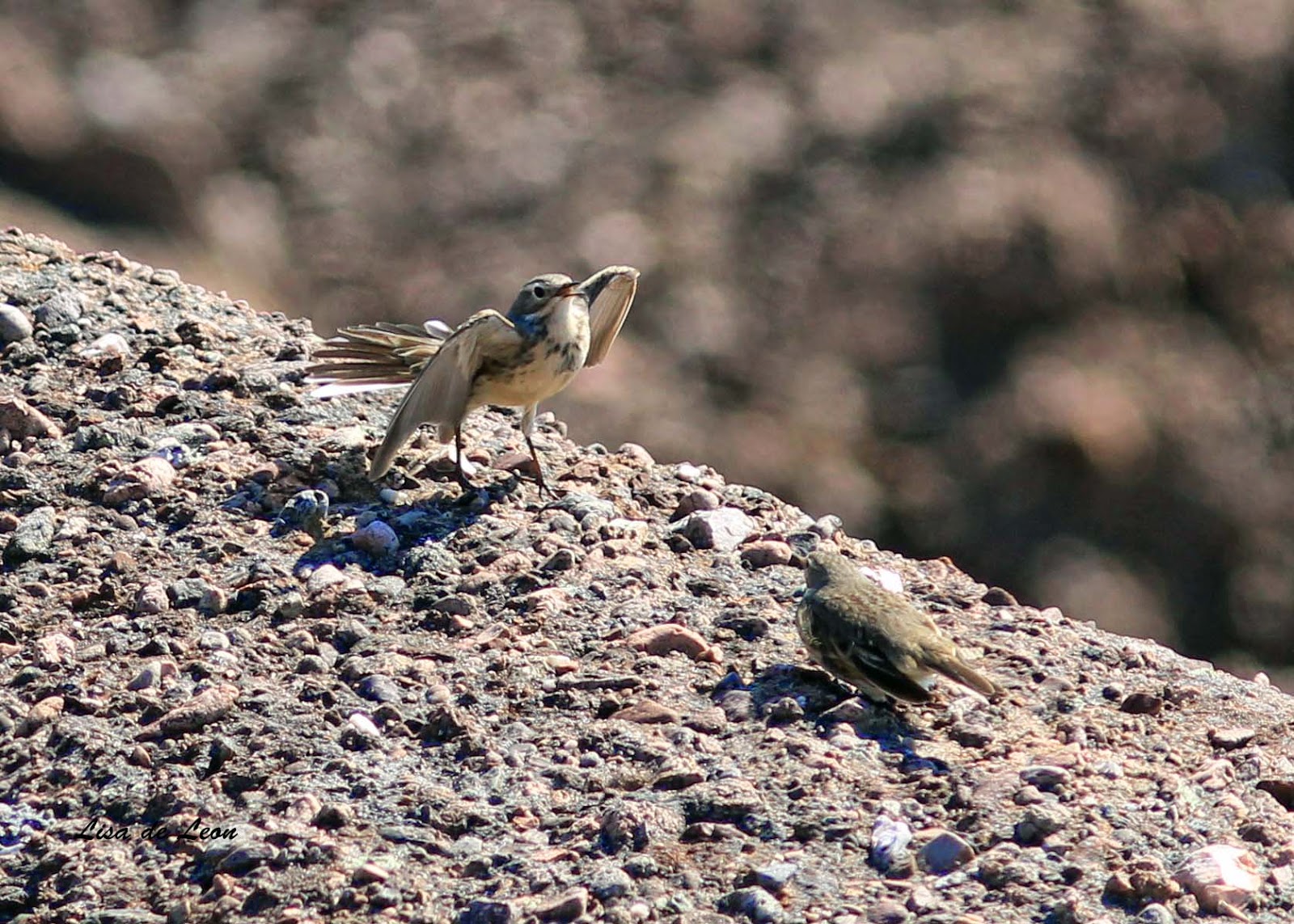 When nothing else would work, the plucky pipit jumped right in front of the other and began a long harangue that went on for nearly a minute. 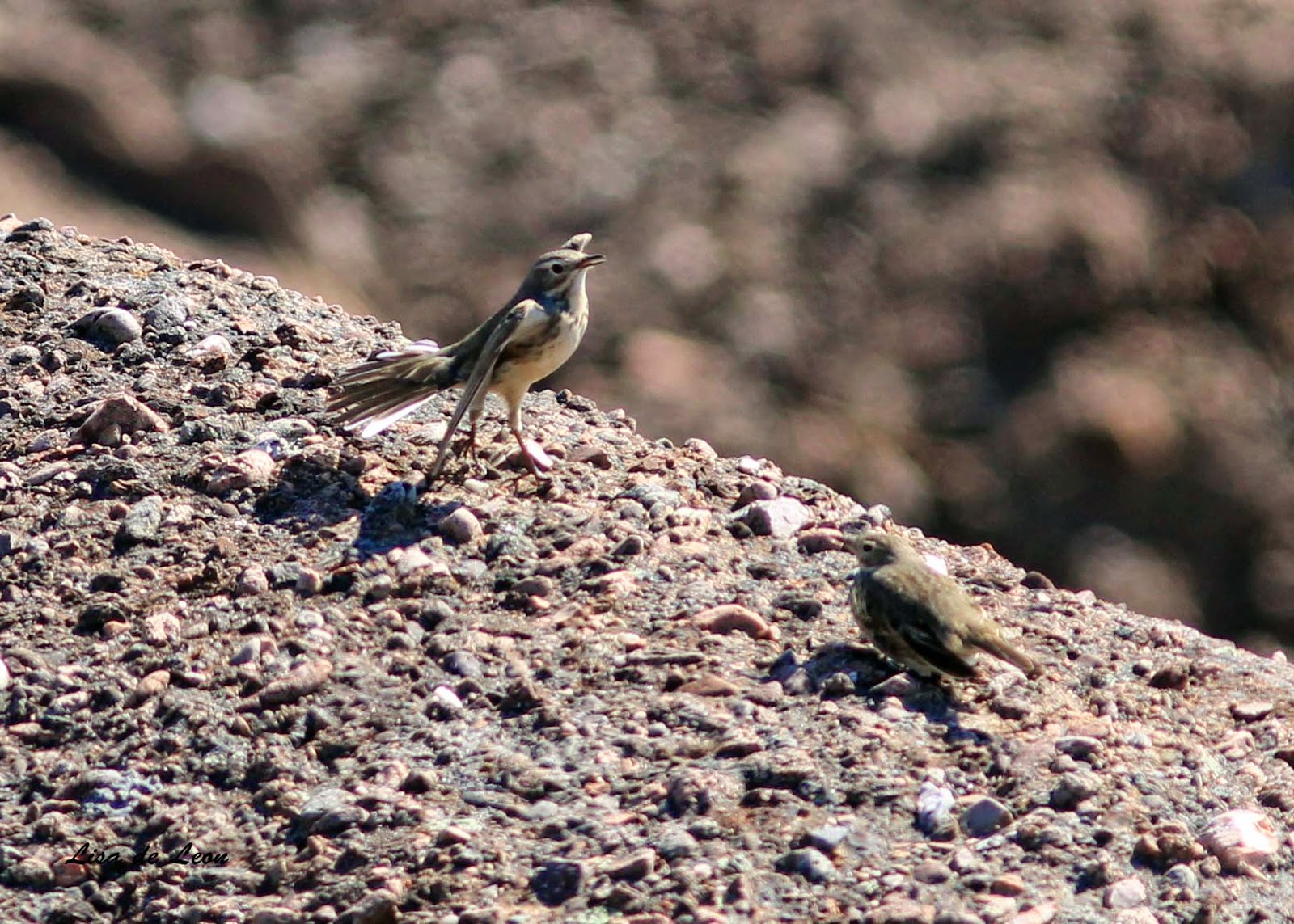 Totally unaffected by this behaviour, the composed pipit looked the other way until it just had enough and took flight. It looks like these two will have a rocky relationship in the weeks to come.
Posted by Lisa de Leon at 11:33 AM