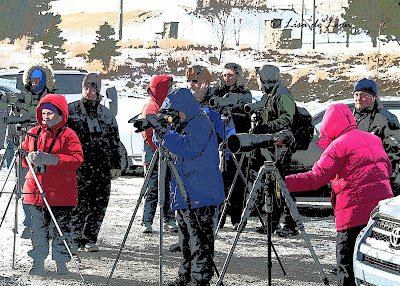 Yesterday, I went on about the importance of having a healthy passtime integrated into one's life. Today, I want to give some attention to the idea that individual personality traits can be matched with the factors associated with activities. John Holland developed an interest inventory called the Self-directed Search. This is a low-impact tool that offers many questions relating to the kinds of things that people self-report that they like to do. In addition to this Holland has amassed a list of occupations that were typed by the actual activities involved in the work. His typing matches the reported personalities thus indicating an identified "type" of person would be well-matched with at "type" of work. This is a standard tool used in career counselling. In short, this system classifies jobs into job categories, interest clusters, or work personality. Is it possible that the Holland Model can also help to identify potential leisure activities associated with work personalities?

So what are the types?

Realistic people are usually assertive and competitive, and are interested in activities requiring motor coordination, skill and strength. People with a realistic orientation usually prefer to work a problem through by doing something, rather than talking about it, or sitting and thinking about it. They like concrete approaches to problem solving, rather than abstract theory. They tend to be interested in scientific or mechanical rather than cultural and aesthetic areas. They like to work with THINGS.


Investigative people like to think and observe rather than act, to organize and understand information rather than to persuade. They tend to prefer individual rather than people oriented activities. They like to work with DATA.

Artistic people are usually creative, open, inventive, original, perceptive, sensitive, independent and emotional. . They do not like structure and rules, like tasks involving people or physical skills, and are more likely to express their emotions than others. They like to think, organize and understand artistic and cultural areas. They like to work with IDEAS and THINGS.

Social people seem to satisfy their needs in teaching or helping situations. They are different from R and I Types because they are drawn more to seek close relationships with other people and are less apt to want to be really intellectual or physical. They like to work with PEOPLE.

Enterprising people are good talkers, and use this skill to lead or persuade others. They also value reputation, power, money and status, and will usually go after it. They like to work with PEOPLE and DATA

Conventional people like rules and regulations and emphasize self-control. They like structure and order, and dislike unstructured or unclear work and interpersonal situations. They place value on reputation, power, or status. They like to work with DATA.

Upon answering a series of questions the results are tallied to determine the combination of scores in the three highest groups. No one person can be confined to just one type. The types are often referred to by their first letter thus R for Realistic, I for Investigative etc. Once the types of interests are tallied and a three-group profile is generated, then begins the matching process with work.

First thing I did today was look up the Holland Code for an Ornithologist. That code is IRE. (Check the descriptions above.) Yet, not all bird watchers are drawn to the scientific, environmental aspect of bird watching. There are those who like the hunt. It's kind of like, "Where's Waldo?" Others like the simple and pure beauty of the bird and may be attracted to drawing or photographing birds. Others like listing and data collection related to birding. Is there a common thread among the birdwatchers? I think there is, although I can't prove it. I think there is one dimension of bird watching that is missing from all of these groupings. That is the excitement.

When a special bird comes to town and the word gets out, there is something akin to a Flash Mob with a high level of excitement is in the air. Is that the result of being successful in one of these groupings ... maybe Investigative or Realistic?

If you are interested in learning more about this quandary, there are a couple of things to do. First, query Holland Codes and your occupation. Try to determine if your self-perception matches the three-trait code assigned to your work. Then ponder how that might translate into your leisure work of bird watching.

Second, there is a web site (http://www.roguecc.edu/counseling/hollandcodes/test.asp) located here where there is an abbreviated version of this interest inventory. In about five minutes you can complete the survey and it will generate a three-trait code for you... no charge. It is obvious that our interests evolve over time and the interests that led you into a career may not still exist. Note if there is still a match between your interests and your work.

Third, if you are interested in participating in a little survey of our own, I will share the results. Here's what to do:

1) Complete the survey at the site above.
2) Add a comment through the Comment Option above this posting indicating whether you are A) a bird watcher; B) a bird watcher and photographer or C) a photographer and bird watcher. (I selected these groupings because I think that there are even difference between these groups of people.)
3) Beside the identifier listed in Item 2, add your Holland Code, including all three letters.

After about one week, I will compile the submissions (if any) and share the information with you. Maybe you, too, are curious about who birds. Please note: There will be no personal identification involved.

Tomorrow, I will end this three-part post with a look at what types of birders there are as described by Melissa Mayntz.  I found it interesting.
Posted by Lisa de Leon at 2:02 PM