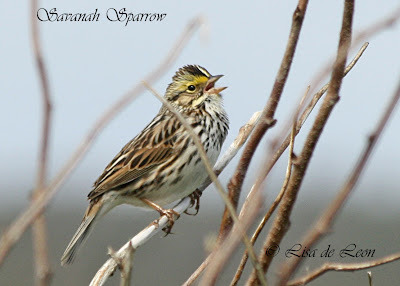 You may have read in one of my earlier posts about getting my tires buried deep in the mud in an effort to see the European Golden Plover. It is hard to believe that was over a month ago. Well, the day after that episode, I returned to the scene in the hopes of getting some better shots. I stayed on the gravel road this time and walked. There were no plovers, but I did find this Savannah Sparrow singing his Spring song. This is the last sparrow in my current collection. 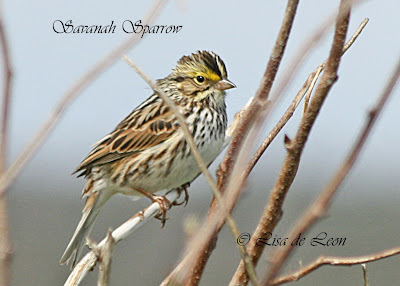 The Savannah Sparrow is common in Newfoundland but it was my first time to knowingly see one.  They tend to live in marshes, wet meadows and cultivated fields. This is exactly where I found this one. I have also seen this bird in the grass around Third Pond in Goulds. It tends to stay on the ground and run away under the brush and through the grasses rather than fly up when disturbed. I was lucky that this Savannah Sparrow chose to sit in a low Alder. He seemed more interested in singing than in me. 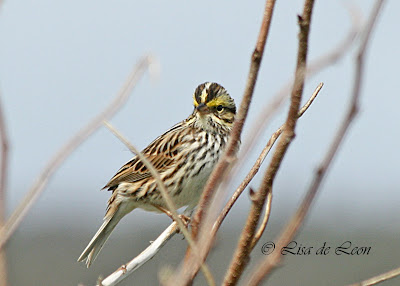 The Savannah has yellow or whitish supercilium (eyebrow) with a white stripe that runs through it crown. It seems to have a white eye ring with dark brown streaks on the upper parts. Much like the Song Sparrow it also has a "stickpin" on the chest where the brown streaks meet. Its tail is short and notched. 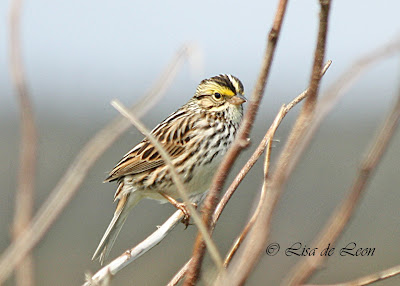 There are two more sparrows that frequent Newfoundland that I have yet to see. These are the Lincoln's Sparrow and the White-Crowned Sparrow. I will continue to keep an eye open for these two species and will share them when I find them. 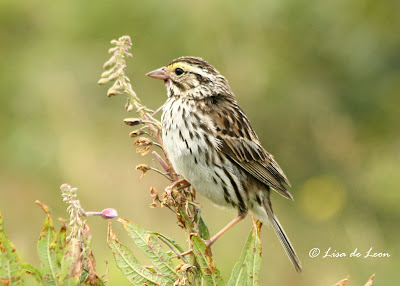 The sun is beaming today and the sky is a beautiful blue with no clouds. It is such a temptation to head to the woods. However, my garden is calling me to finish some projects that I started. I am motivated to finish them quickly and save some of the daylight for exploration. 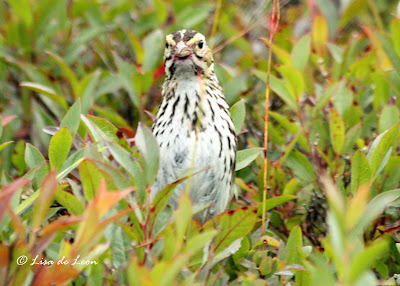 Note:  The last five pictures were added in October 2010 and were taken in August at Cape Spear. 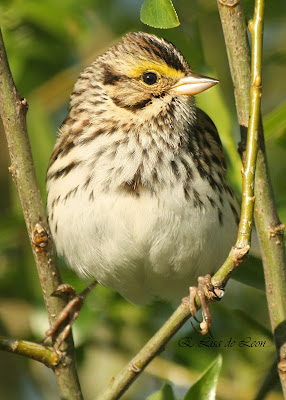 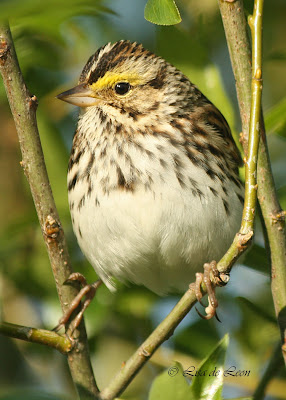 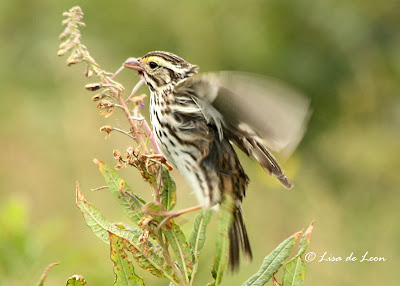