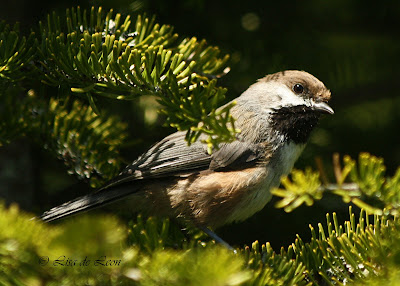 I have a number of photos that were taken after I posted info about the species. However, with a lens upgrade, a little more experience and some occasional sunshine, I have gathered some better shots and some female gender shots of some species that I would like to share.

I will name all of the birds at the end of this post. See if you can identify them.

Hint: This is the male of the species and it is a warbler. 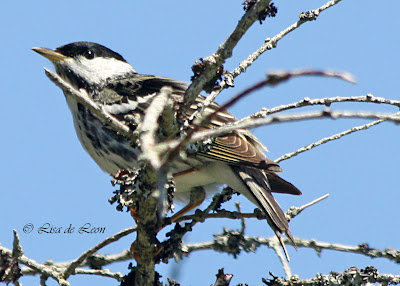 The second image offers a little more detail on the wing tips. 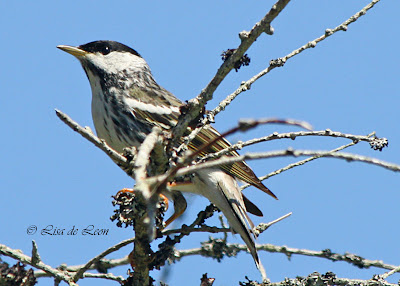 Hint:  This is a female of the species shown above. 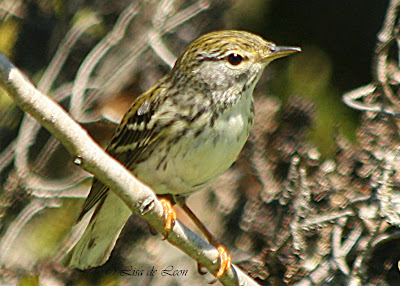 Hint:  This is not a warbler. I only had one picture of it in my earlier post. Note that it is walking around very comfortably on duck weed. It doesn' weigh very much. 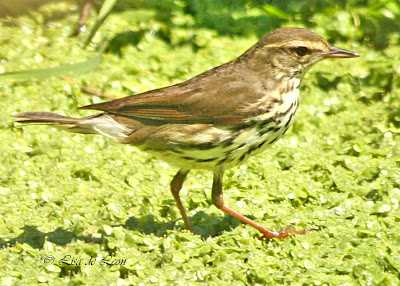 This is a type of warbler and is the female of the species. 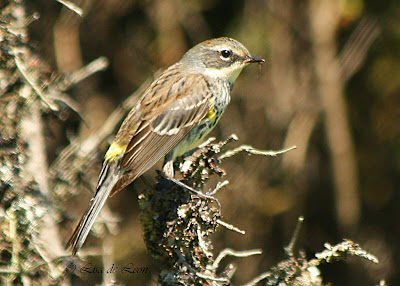 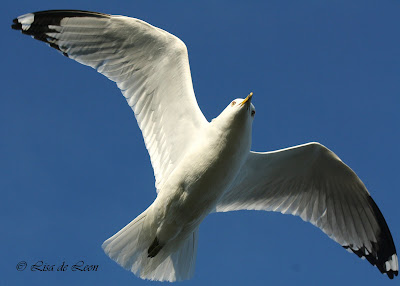 Now, let's see if you were able to identify all of these birds. They are in the order top to bottom:  Boreal Chickadee; Blackpoll Warbler (male and female); Northern Watertrush; Yellow-rumped Warbler (female) and Ring-billed Gull.
Posted by Lisa de Leon at 4:03 PM