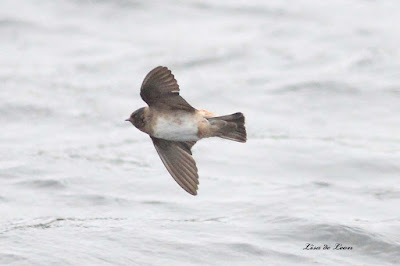 Along with the steady rain and gusty winds, a flock of about 60 (at the peak) swallows dropped out of the sky and into the area of  Quidi Vidi Lake. Every couple of years, nature delivers us a wild and whacky phenomenon. This is one of them. 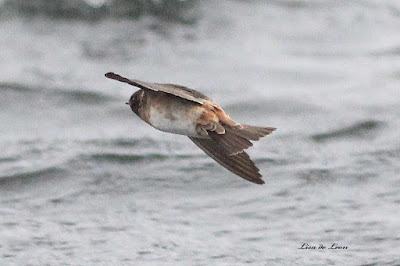 It was estimated there were about 50 Cliff Swallows (not a bird we see every day) with a wide variety of plumage. Some had quite rusty coloring and others were much paler. 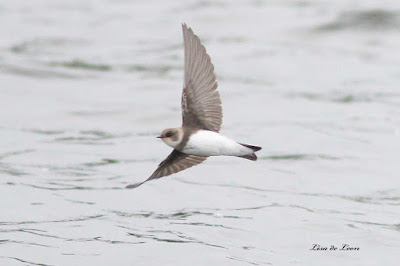 Among the flock were a handful of Bank Swallows and a couple of Tree Swallows. 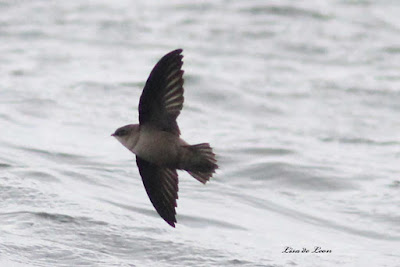 However, it was the one Chimney Swift that stole the show. Its darker color, larger size and distinct wing beat made it stand out everywhere it went. 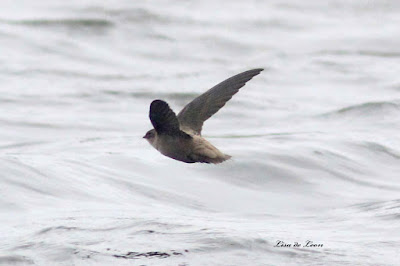 Given the conditions of the day, I chose to park my car near the lake and photograph this activity from the distance. While the shelter helped me to stay longer, it definitely lowered the quality of photos I was able to get. Honestly, it was just exciting to watch the action. 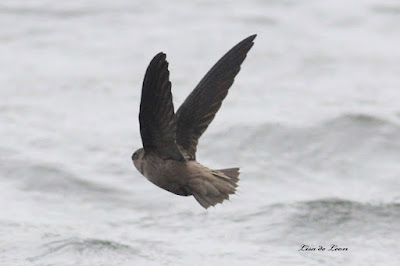 During the time I was there, several swallows and the swift almost flew into my car. My head was spinning. 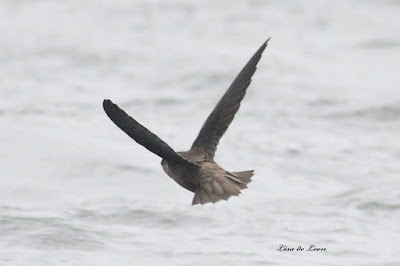 Unfortunately, the birds were not particular where they flew. It was sad to learn the one and only Chimney Swift flew into the path of a passing car and met its demise then and there. 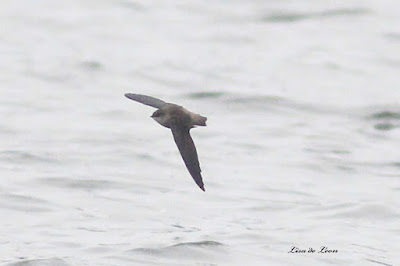 It was QV Lake that offered up a Cave Swallow in the Spring. Yet, there are seasons when nary a swallow passes over the area. It was quite remarkable and such a joy to experience.
Posted by Lisa de Leon at 7:14 AM