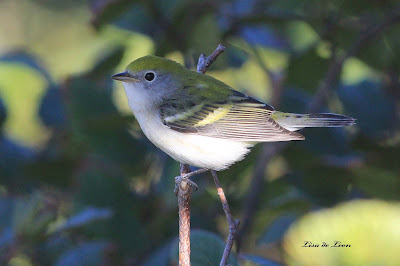 Some mornings I just get a feeling it is ideal to find a good bird or two. This morning was one of those times. I was a little concerned about the high winds, but when I got into the zone the wind wasn`t too high at all. 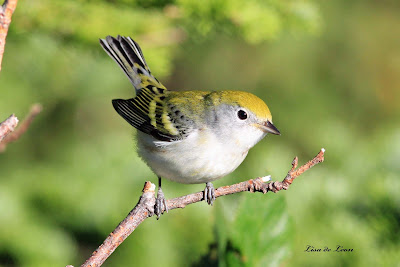 Despite the feeling, there were hardly any birds along the road going to Cape Spear. When that happens, I resort to the hotspots. It was around 8 a.m. with very little traffic on the road. 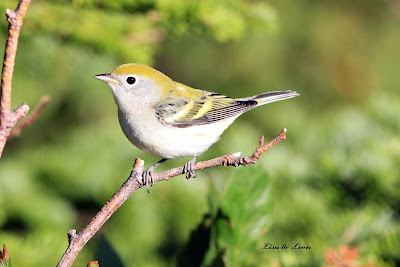 I stopped at the top of the hill and was able to see only one warbler, but it was a nice one - the Palm Warbler seen below. I kept an eye glued to the sides of the road for any movement. There was none. 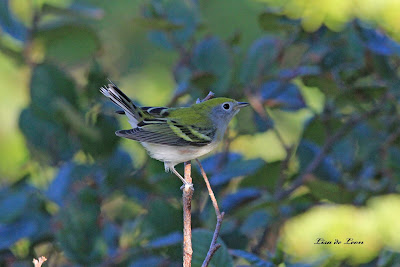 I headed to the edge of the woods before it opens up to the last stretch to Cape Spear. There were many sparrows about, robins, jays and flickers were trying to ward off attacks from the raptors sweeping through. They were successful. 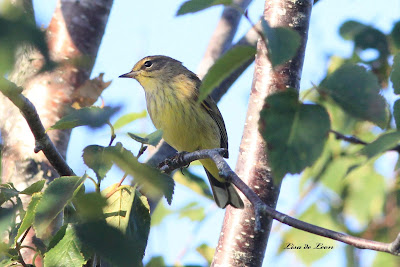 Then, I spotted a Yellow-rumped Warbler and got hopeful. It was followed by a Black and White Warbler. Tensions rise. Then, in a flash and out of nowhere flew in this beautiful Chestnut-sided Warbler. It is only the second one I have ever seen. It stayed a while and flew off. Scanning the area for it, I found two Baltimore Orioles. Wow! Non stop! There were actually more small birds flitting around next to the road until a motorcycle whizzed by. Gone. Everything left and left me with my head spinning. 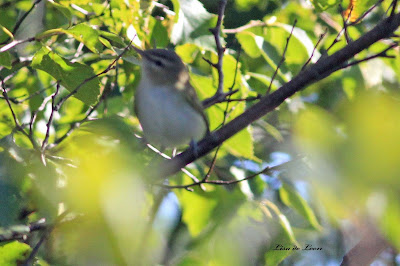 The other nice bird seen today was this Red-eyed Vireo found in the Shea Heights area. Sweet! 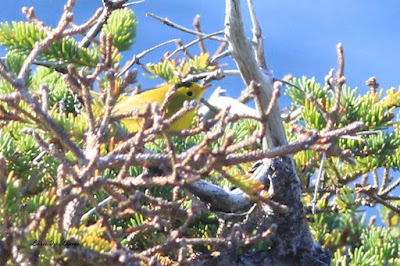 Common warblers are becoming more and more uncommon. I hiked the trail beyond Cape Spear and found this little Wilson`s hanging with a sparrow before the boardwalk. The wooded trail was very quiet with only a few sparrows and chickadees. 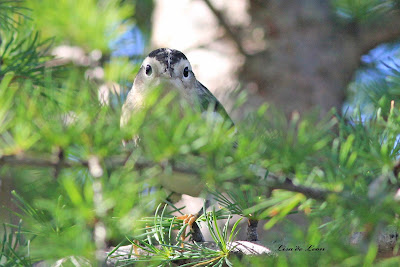 At this time of year, it is so important to be on your toes because you just don`t know what is peering out at you.
Posted by Lisa de Leon at 4:20 PM