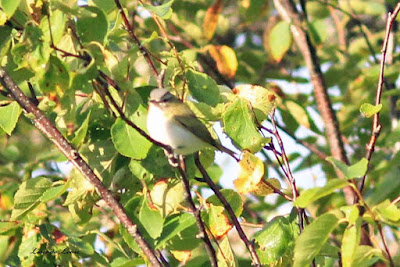 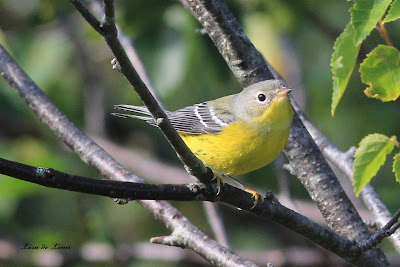 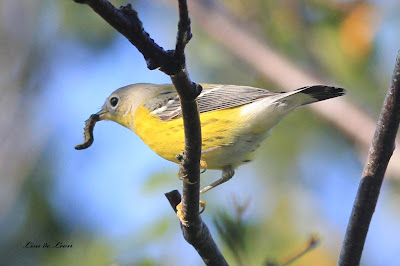 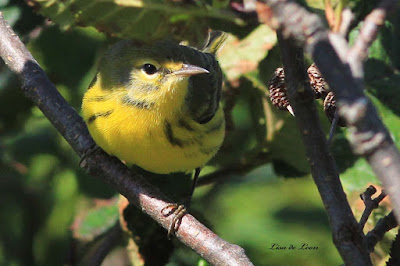 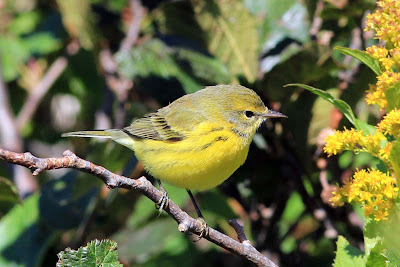 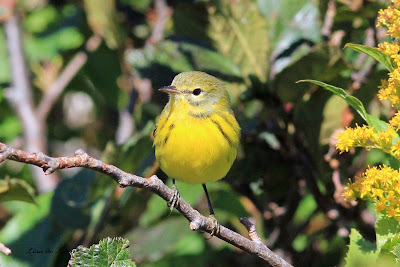 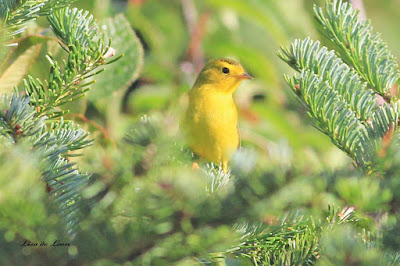 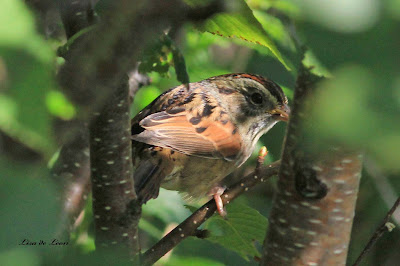 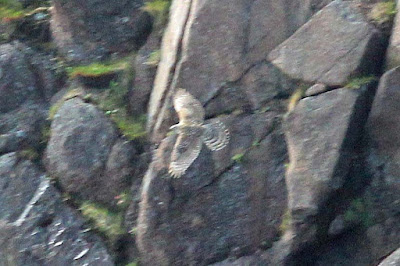 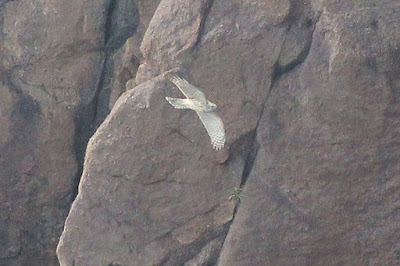 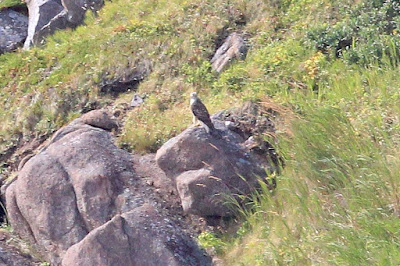 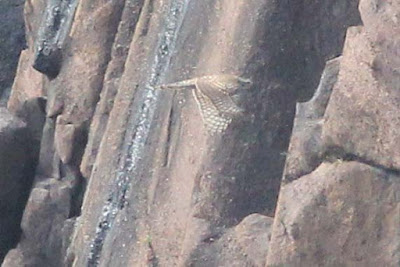 My eyes continue to be turned toward the alders hoping to see a great bird. So far, I have not been disappointed. Within the last two days I have seen my first seasonal Red-eyed Vireo and Prairie Warbler. I continue to see an abundance of Magnolia Warblers, charming me every time. Today, I got a look at two more Wilson's Warbler. They seem to be a lot more secretive at this time of the year.

The best bird of the day turns out to be a raptor. I bumped into Terry Janes at Cape Spear, and he told me he had just seen a Stilt Sandpiper fly over. Well, I mulled that over while I was seeing nothing of note. Honestly, I was feeling a little empty. Thinking I would find my own nice bird, I scanned the sea and the blue skies. Then, I spotted a different bird flying just over the edge of the water. Definitely was not the usual fare. I perked up and tried to follow it with my camera. I was afraid to take the camera down to adjust the setting for fear of losing sight of the bird, I just had to keep firing and hope for the best.

The raptor flew toward land, my good luck. Once it landed, I took my camera off the bird to reset, but as expected, I could not relocate it. Now, this is an interesting bird. It has many of the hallmarks of a Northern Goshawk which it probably is. It is a stocky bird with rounded wings. The tail is long and has rounded tail feathers. So, why am I not calling it a goshawk? Good question. The overall look of this bird just seems different. The color is neither adult nor immature. The face markings are not well-defined, and the tail seen in the perched photo seems different. As of now, I have not confirmed an ID the bird. That's okay. A part of the fun of birding is the anticipation that this and other birds just might be very rare. So, until I know differently, I will continue to dream.

Bubble burst: It is confirmed this is a Northern Goshawk.
Posted by Lisa de Leon at 5:13 PM