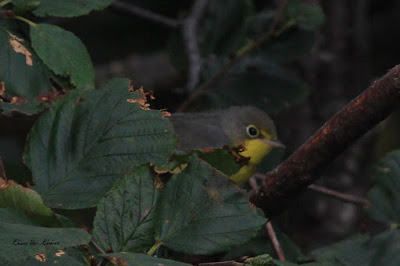 Fall "warblering" is all about anticipation, vigilance and patience. Any bird flying across the road warrants pulling off the road to scour the area. Most of the time it turns out to be nothing. However, it is the appearance of that special bird that inspires further diligent searching. 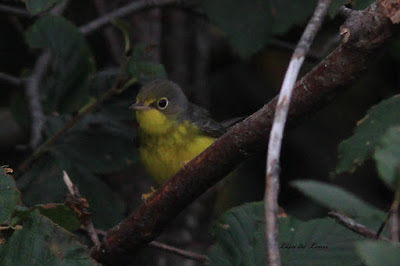 This morning is was a kinglet that flew in front of me. I stopped and whistled a couple of times and in flew a three common warblers. Then.... out of nowhere... I caught sight of an especially yellow and particularly  gray upper body. It took it about 2 minutes before it came out in the open enough to photograph it. As soon as I saw the necklace, I knew what it was. This is only my fourth sighting of a Canada Warbler. Pretty special! 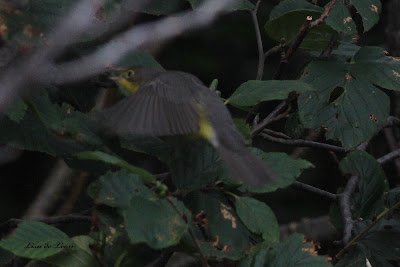 No sooner did I get a couple of shots than the Canada took off. It stayed low and hidden behind thick foliage before I lost sight of it.  Now, I was inspired. I had to go back to Blackhead and double check that area and then hit a few out of the way places. 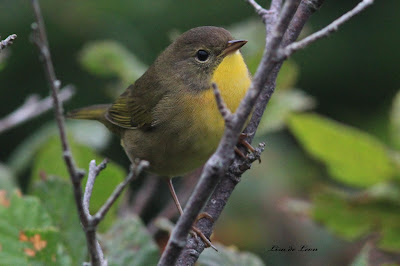 My further search paid off with some nice viewing of other warblers hidden away. This is the fourth Common Yellowthoat Warbler I have seen in the general area of Cape Spear and Blackhead over the last two days. 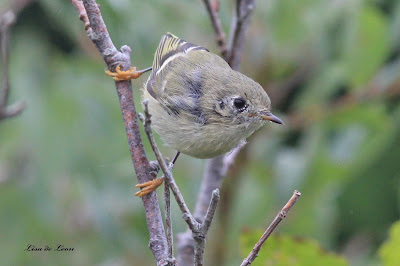 The hard-to-photograph Golden Crowned Kinglet can often be found with warblers. It is always good to check them out. Today, there were about six kinglets with a sizeable mixed flock of warblers near Shea Heights. 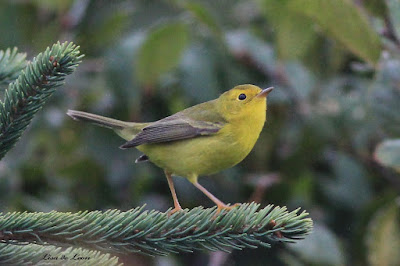 When this Wilson's Warbler popped out, I paused. Since a Hooded Warbler had been found recently, I had to make sure this was not it.  How similar the Wilson's is to the Hooded. Once sure this was a Wilson's, I continued my search. 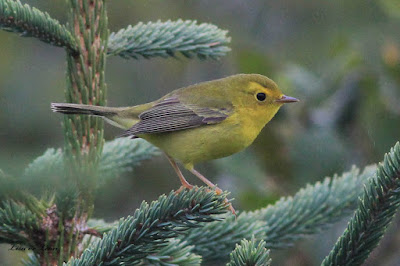 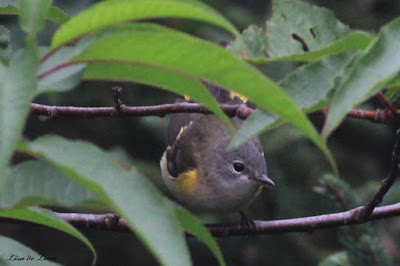 Always hiding away were two American Redstarts. There were also Black and White, Yellow-rump and Blackpoll Warblers in the area. Pretty exciting! 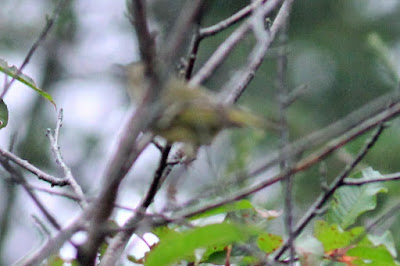 Struggling to focus my camera on birds behind the leaves and branches was frustrating. I came up with these two blurred images. Hard to identify them, but I will guess. Although, this bird doesn't seem as bright as the Wilson's, I think its color has been dulled by the blur. Wilson's is my best guess. 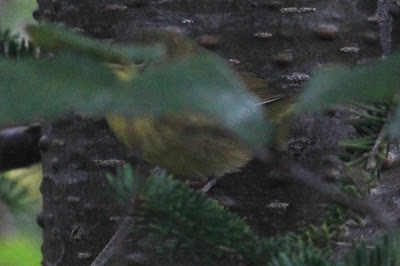 This little bird is quite hidden behind the leaf. It doesn't seem nearly as bright as the Common Yellowthroat. I struggle with these kinds of shots a lot. Sometimes, I don't get any shots of other birds and am left with just a partially-blocked, hidden, blurry bird. Through the process of elimination, I have arrived at Common Yellowthroat Warbler.
Posted by Lisa de Leon at 1:44 PM