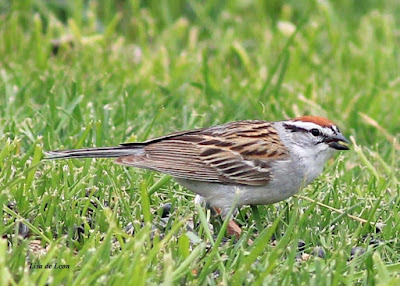 Several feeders on the Southern Shore attract great birds. There are three mainstays where numerous rare and uncommon birds, like this Chipping Sparrow, often drop in. 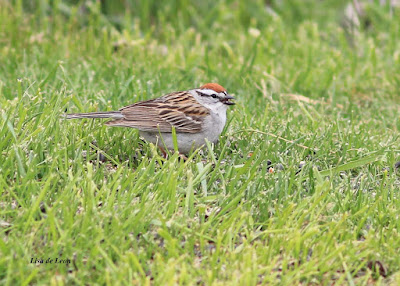 The list of desirable birds goes on and on. Fortunately, the feeders in Renews, Portugal Cove South and Trepassey are located in places where viewers are welcomed and can avoid being too intrusive. 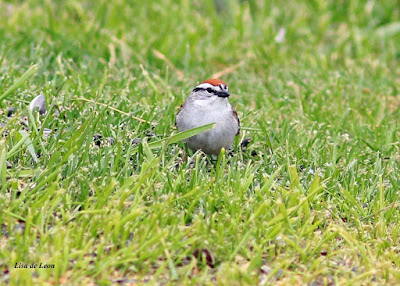 There were at least two other feeders where birders were initially welcomed, but over time became too much for the owners. It has to be unnerving to arise in the morning to find strangers walking around your property with binoculars and large cameras. 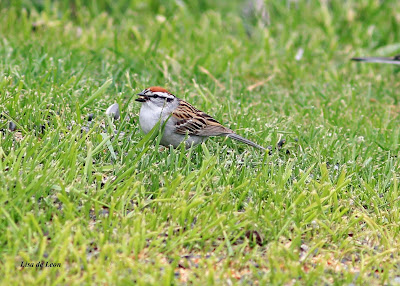 I can readily understand why this has become too much for homeowners. We are now well over 50 birders on the Avalon. If every one of us dropped by just once a month, it is easy to see how this can be overwhelming. 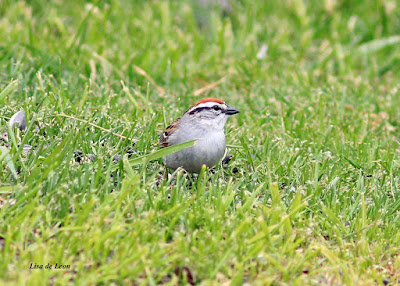 It seems to me, we should await an invitation via the discussion group to view special birds on private property. It really isn't proper to just keep dropping in to see if anything new has arrived. Unfortunately, these folks are not likely to report any rare birds in the future.
Some of the best hot spots on the Avalon now have more birders than birds.  This is the time of the year when it would be good to explore new and less-traveled locations. The reason is two-fold: Ease the traffic in areas where birds are nesting and find new, perhaps more remote, locations where birds can be viewed out of the way of people going about their day-to-day lives.
Posted by Lisa de Leon at 6:25 AM